In order to guarantee its single phase and close to optimal composition, we report the novel spinel structure FeCr2O4 synthesis root and its single crystal development via the optical floating zone technique. The advantage of the suggested method of synthesis is the production of the reducing environment required for maintaining the Fe2+ oxidation state in the oven through the breakdown of the iron (II) oxalate FeCr2O4 utilized as one of the starting components. Mössbauer spectroscopy was used to closely track the presence of Fe3+ ions in both the generated single crystals and the resulting polycrystalline samples. The temperature dependences of magnetic susceptibility and heat capacity show a series of the structural (138K) and magnetic (at 65K and 38K) phase transition properties for the compound FeCr2O4.

Many different magnetic, structural, and dielectric characteristics have been found in crystalline materials with the spinel structure and a general chemical formula of MM2'X4 over the course of many decades. Here, oxygen or a particular chalcogen divalent anion (S2, Se2, or Te2) is represented by X, while M and M' are metal ions or a mixture of them. A well-known example of one of these is the iron chromite FeCr2O4 spinel, which has a conventional cubic spinel structure at ambient temperature with a lattice constant of 8.378. It contains Fe2+ ions at the tetrahedrally coordinated A site and Cr3+ ions at the octahedrally coordinated B site. In the inverse spinel, there is a second cation distribution: half of the trivalent cations fill the A locations, while the other half are randomly dispersed across the B site network with the divalent ions. Due to their unusual magnetic and electrical characteristics, inverse spinels have also recently gained interest [1]. When FeCr2O4 is cooled below 140K, the cooperative Jahn-Teller effect within the A-ion sublattice causes the symmetry of the crystal structure to drop. The 5E orbital doublet that is tightly related to the Asymmetry distortions is the electronic ground state of the Fe2+ ions in high symmetry tetrahedral oxygen coordination. The orbital singlet A2g, which is not the Jahn-Teller active, is the ground state of the Cr3+ ion in its octahedral surroundings. The robust relationship between the local lattice distortions and degenerate states result in an efficient strong coupling between the nearby (FeO4) structural units. The orbital ordering causes a structural phase change from cubic to tetragonal symmetry below a threshold temperature too. The tetragonal distortion reaches a value of c/a=0.986 for FeCr2O4 and the critical temperature is too=135K. Additionally, it was demonstrated that the replacement of the Jahn-Teller active Fe2+ ions with the "inactive" high spin Mn2+ ions (electronic configuration 3d5, ground state is the A1g orbital singlet) causes a gradual decrease in the cubic to tetragonal transition temperature too, which is associated with the weakening of the long-range orbital-orbital interaction. As the FeCr2O4 crystal structure cools more, the symmetry is reduced to orthorhombic, nearly, practically simultaneously with a magnetic order being established at 70K [2].

The sulphide spinel FeCr2S4 may be characterised by the Neel model and demonstrates a transition to collinear ferrimagnetic state at TN=180K. In contrast, the magnetic characteristics of the oxide spinel FeCr2O4 are more complicated. The spin arrangement in FeCr2O4 is collinear ferrimagnetic between TN=80K and TS=35K, according to a powder neutron diffraction analysis. It is significant to note that the amount of Fe3+ ions generated during the synthesis method has a significant impact on the transition temperature (TN). FeCr2O4 produces a cone spiral spin structure below 35K [3,4]. The model for tetragonal spinel was created previously by Menyuk and such a ferrimagnetic spiral structure has also been found in cubic spinel MnCr2O4. To properly examine the predicted spiral spin structure by means of neutron diffraction or, for example, investigations of the Mössbauer effect, highquality single crystal samples of FeCr2O4 are required. Recent studies have looked at the magnetic and structural characteristics of the Fe1+Cr2O4 spinel series. Fe3+ ions have been discovered to boost the paramagnetic field when Cr3+ ions are partially replaced by them. Decreases the collinear to spiral spin structure temperature TS but increases the collinear to collinear ferrimagnetic transition temperature TN. Due to the recent discovery of magneto-electric phenomena and their connection to multiferroicity, interest in the 3D metal spinel family has recently increased. Such practically significant phenomena as non-reciprocity or magnetic fieldcontrolled optical diodes result from the reciprocal dependency of the magnetic and dielectric characteristics. As a result, spinels are the subject of intense investigation and are of interest to scientists working in both basic and applied sciences. Many characteristics of the compound iron chromite FeCr2O4 are still unknown, including its inherent magnetic structure and how it changes with temperature and applied magnetic fields, how induced electric polarization is formed, and more [5].

Using iron (II) oxalate and chromium (III) oxide as starting materials, we successfully synthesised both the powder by the hightemperature solid-state reaction and the single crystal FeCr2O4. With the use of the powder X-ray diffraction technique, the crystal structure and phase composition were confirmed. By using Mössbauer spectroscopy, the generated crystal's Fe3+ ion content was examined. The heat capacity measurements reveal three peaks at 138K, 65K, and 38.5K that correlate to structural and magnetic phase transitions. According to our understanding, the measured value of the Neel temperature, TN=65K, is the lowest recorded in the literature and denotes the presence of the fewest Fe3+ ions in the synthesised sample. 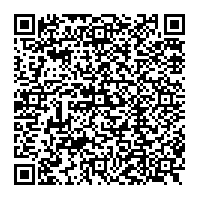