A novel, simple, selective and sensitive solid phase extraction method for determination of total iron in wheat and corn samples was described. Fumaric acid (trans-butenedioic acid) was used as complexing agent and the silica gel and was used as solid phase extractor. Iron was complexed by fumaric acid and was adsorbed on the silicagel. Adsorbed complex were eluted with 20 mL of 1 M HCl and elutes were analyzed by electro thermal atomic absorption spectrometry. Effects of parameters such as pH, sample volume, type of eluent and sample flow rate were optimized by a Plackett-Burman design. The effect of foreign ions on preconcentration was also studied. Under the optimum conditions, the enrichment factor 25 was obtained. The calibration graph was linear in the rage of 2 ng L-1 to 100 ng L-1 of iron with detection limit of 0.5 ng L-1. The relative standard deviation (R.S.D) for ten replicate measurements of 10 ng L-1 of iron was 4.8%. Accuracy of method was confirmed by the analysis of corn and wheat certified reference materials.

The determination of trace amounts of iron from different types of matrices is of great importance. Iron is widely distributed in nature and is one of the most important elements in environmental and biological systems as many kinds of compounds [1]. It is present in environment in both forms of iron (II) and iron (III). At low concentrations, iron plays an important role in metabolic processes, as an enzyme activator, stabilizer and functional component of proteins [2]. Iron is an essential element used by the body for the production of hemoglobin, which absorbs oxygen and distributes it to the tissues. Non-heme iron is stored in the body by the protein ferritin and transported by the protein transferrin, neither of which is normally saturated with iron. However, in cases of iron overload the natural storage and transport proteins are overwhelmed and the iron spills over into other tissues and organs, such as the muscle, spleen and liver [3], proving to be toxic [4]. Recently, electrothermal atomic absorption spectrometry has been widely used as a powerful technique for determination of trace elements. In order to higher sensitivity and lower detection limits, pre-concentration method can be used prior the determination. Various pre-concentration methods such as solvent extraction [5,6], co-precipitation [7-9], ion exchange [10,11] sorbent extraction [12-14], resin chelation [15-18], etc. have been widely used for metals pre-concentration. Among the pre-concentration methods, solid phase extraction (SPE) is a simple, fast and effective pre-concentration method with high enrichment factor for trace metal analysis. Various materials including: activated carbon [19], benzil derivative of polyacrylohydrazide [20], amidinothioureido-silica gel [21], naphthalene [22,23], amberlite XAD-4 [24] have been successfully used for the preconcentration of trace metal ions. In this study a solid-phase extraction procedure for the determination of iron in corn and wheat samples by electro thermal atomic absorption spectrometry (ETAAS) is described. Fumaric acid (trans-butenedioic acid) was made a complex with Fe (II) and the silica gel and was used as a solid phase extractor for preconcentration of total iron. The formed Iron-Fumarate is adsorbed on extractor and then eluted with hydrochloric acid solution and determined by ETAAS.

The determination of iron performed with an AA-6650 atomic absorption spectrophotometer (Shimadzu Co. Ltd., Japan) equipped with a deuterium lamp background correction system, GFA-EX7 graphite furnace and an ASC-6100 auto sampler. Hallow cathode lamps (HCL) were used as the light source. All the measurements were based on integrated absorbance. The wavelengths used were 248.3 nm (slit 0.5 nm) for iron. Pyro coated graphite tubes, with integrated platforms or L’vov platforms were used for the atomization of iron. A Met Rohm E-691 digital pH meter equipped with a combined glass calomel electrode was used for the pH adjustments. Peristaltic pump was used for passing the analytical solutions thorough the column.

All chemicals were of highest purity available from Merck. Ultrapure water (18.2 MX cm), obtained from a Milli-Q water purification system (Millipore, Bedford, MA) was used throughout. Stock standard solution (1 g L-1) of iron (II) was supplied by Merck. Fumaric acid stock solution (1g L-1) was prepared by dissolving 1000 mg of dried fumaric acid (Merck, Darmstadt, Germany) in deionized water, adjusting pH of solution to 8.0 by addition of proper amount of NaOH (10%) and diluted to 1000 ml. Working solutions were obtained by appropriate dilution of the standard ones. The NaOH (Merck), HCl (Reagent grade, Merck, Darmstadt, Germany), used for pH adjustment, were also of analytical reagent grade. Wheat and corn samples obtained from shopping centers. Argon N50, with 99.999% purity, was used as sheath gas for the atomizer and to purge internally. All glassware was kept in 10% nitric acid for at least 48 h and rinsed with ultrapure water before use.

Wheat and corn samples were dried for 24 h to remove the humidity. 2.0 gram of dried corn and wheat samples were placed in the muffle furnace and were heated at 600°C for 10 h. 10 ml of HCl (1 M) was added to resultant ash and was diluted to 100 ml after neutralization with 10 ml of NaOH (1 M). The solution was filtered and was used for preconcentration procedure.

The perconcentrated samples were analyzed by ETAAS under optimum conditions (Table 1). 10 μL of solution of the sample and was injected into the pyrocoated graphite tube of the furnace. The area of peaks was applied for calculation of the analyte absorption.

2.0 g powdered silica gel was treated with nitric acid (1 mol/L) and sodium hydroxide (1 mol/L) solutions, respectively, and then washed with distilled water until pH of supernatant was neutral. The dried adsorbent was immobilized in a glass column with 10 mm of diameter and 20 cm of length. The column was washed twice by proper amounts of solution with the optimized pH of procedure. 500 ml of sample containing 100 ng/mg Fe (II) was taken and Fe (III) was reduced to Fe (II) with 1 mol L−1 of KI and ascorbic acid. 0.5 ml of fumaric acid stock solution (1000 mg L−1) was added to the sample solution then the pH was adjusted to the optimum value with 1.0 M solution of sodium hydroxide and the solution was mixed on the heater at 90°C for 10 min. The resulting solution was passed through the column using a peristaltic pump at a flow rate adjusted to the optimum value (3.0 ml/min). Then, the retained metal ions were eluted from the column with 20 mL of 1mol/L HCl solution. 10 μl of the eluent was injected to the graphite tube for the determination of iron by ETAAS. The adsorbent was used repeatedly after washing with 1 mol/L HCl and distilled water. The recovery of analytes was calculated from the ratio of the concentration found by ETAAS to that calculated theoretically.

As the Plackett-Burman design is one of the most powerful tools in optimizing a multivariable system, this approach was employed to screen the main parameters affecting the extraction recovery. As shown in Table 2, H2SO4 and HCl were investigated to achieve the highest extraction efficiency for iron. In addition, the low and high values for pH, elution flow rate, and sample volume, concentration of eluent and concentration of fumaric acid are shown in Table 2. The factors and their levels were selected according to the data available and experience obtained in screening experiments, and then, an experimental Plackett-Burman design was developed for the determination of the main factors affecting the extraction efficiency.

The factorial design matrix is shown in Table 3, all experiments for iron were performed as three replicates. The effects of the variables in the screening experiments are shown in Figure 1 in the form of a Pareto chart. The vertical line in the chart defines the 95% confidence level. The bar length is proportional to the significance of the variables for the recovery. According to Figure 1, pH was the most significant positive factor on the extraction efficiency. The high value for pH requires detailed investigation in detail because of its significance for iron recovery. The pH has important role in the adsorption of iron on the adsorbent due to acidic properties of fumaric acid. Consequently, the effect of pH was investigating by varying the pH between 2.0 and 10.0 (Figure 2). Briton-Robinson buffer has been used for pH adjustment as universal buffer. Figure 1. Pareto chart of the standardized effects for the Plackett-Burman design of screening experiments.

Figure 2. Effect of the sample pH on the preconcentration of iron from samples, experimental condition: 20 µg/l of iron, sample flow rate of 3.0 ml/min and the eluent of HCl 1 M.

According to achieved results, the pH value of 8.0 was used for subsequent measurements. The influence of the sample solution flow rate on the recovery of the iron ions was examined under the optimum conditions (pH, eluent type, etc.). The sample solution was passed through the column with the flow-rates adjusted in a range of 0.5 mL min-1 to 6.0 mL min-1. As can be seen in Figure 3, at flow-rates greater than 3.0 mL min-1, there was a decrease in the recovery of iron. The reason for this decrease is probably insufficient contact between iron ions and the adsorbent to reach equilibrium. Therefore, a flow-rate of 3.0 mL min-1 was applied for further examinations. The elution solvent was the next most important positive factor; HCl was selected as optimum due to the high recovery value of eleventh experiment in Table 4. The concentrations of the ligand and eluents are other variables which have no significant affect in the extraction efficiency of iron (pareto curve). Then the amounts of them were chosen as 0.5 M and 1.0 mg/l, respectively.

Figure 3. Effect of elution rate of column on the preconcentration of iron from drinking water sample, pH=8, 20 µg/l of iron, eluent of HCl 1 M.

Table 4. Effect of eluent type on recovery of iron.

Corn certified reference materials (NIM-GBW10012) and wheat reference materials (NIM-GBW10011) were used to investigate the accuracy of the method. The results are shown in Table 5. No statistically significant difference (ANOVA) was observed between the certified values and the results obtained by the proposed procedure in the analysis of the reference materials in confidence limit of 95%. The reproducibility of the method was evaluated by passing 500 ml of standard solution of iron (5 ng/ml) through the column and repeating this procedure five times. The relative standard deviation (R.S.D.) was 4.8%, calculated from the peak areas obtained. With the proposed system, an enhancement factor of 25 with respect to conventional ETAAS without preconcentration was obtained. The limit of detection (LOD) was calculated as the amount of analyte necessary to yield a signal equal to three times (3σ) of the standard deviation of the blank signals. Using sample volume of 500 ml a LOD of 0.5 ng L−1 was obtained for the determination of iron. The equation for the linear range of the calibration graph was as follows:

Where the calibration graph was ranged between 2-100 ng ml-1.

The effect of some foreign ions on the recoveries of iron ions was also investigated by the presented method. The interfering elements were added to the model sample solutions as their nitrate or chloride salts. Solutions of 10 ng/ml Fe (II) and the added interfering ions were treated according to the recommended procedure, and the results are given in Table 6. As it is seen, large numbers of used ions have no considerable effect on the determination of analyte ion. Also, some of the alkali and alkaline-earth metals at mg L-1 levels were not interfered on the recovery of the analyte ion.

Table 6. Effect of interfering ions on the preconcentration of Fe 2+ (10 µg/l).

Authors certify that no actual or potential conflict of interest in relation to this article exists. 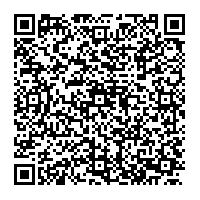