Acromegaly is severe hormonal disorder and uncommon portrayed by progressive somatic deformation involving mainly face and extremities and from variant growth hormone secretion and subsequent increment of IGF-I, most created by benign pituitary adenomas, and can characterized as a hormonal disorder that most typically happens in moderately aged men and women [1]. At the time of diagnosis, systemic complications are also common, including cardiovascular, changes in the physical, gastrointestinal, endocrine and metabolic systems, catabolic states, renal failure, malnutrition, and diabetes mellitus [1]. Excessive growth hormone production in children can prompt to gigantism, and in adults, it can prompt to acromegaly. Various variables are known to influence GH secretion, such as sex, diet, age, stress, exercise, and other hormones [2]. Lack of sleep suppresses GH release, especially after early adulthood [3]. An increase of GH secretion causes the liver to produce more than the usual amount of (IGF-I). Then this new IGF-I that causes the growth of the organs and soft tissues and swelling. A successive result of acromegaly is developed a web-based acromegaly patient registry and utilized it to demonstrate that hypogonadism, even in male patients with microadenomas, who are not at hazard from hypopituitarism because of local mass impacts. Additionally, showed that hypersecretion of prolactin and GH contribute to the pathogenesis of hypogonadism in acromegaly and that may happen in macroadenoma patients even without of hyperprolactinemia [4].

Aromatase is the enzyme that’s consid r d as a rat -limiting in the conversion of androgens into estrogens and is an individual from the P450 cytochrome superfamily. Through successive cytochrome P450-catalyzedoxidations the one central pathway that converts progesterone to its derivative (17-hydroxy, 17-hydroxyprogesterone, and th n to Δ4-androstenedione) [5]. h activity of aromatas on Δ4-androstenedione created estrone, and activity of a dehydrogenase on this gives the main compound, 17 β- stradio . Inst ad, Δ4-androstenedione can be converted into the androgen and then into testosterone, which can b transform d straightforward y into 17β-estradiol [6]. Factors knew to increment aromatase activity incorporate age, insulin, weight, liquor and gonadotropins. Diminished aromatase activity is by an anti-Müllerian hormone, prolactin. Its shows to be Strengthen in particular estrogen-dependent local tissue next to endometrial cancer, endometriosis, uterine fibroids and breast tissue [7].

Likewise, sometimes alluded to as familial gynecomastia or familial hyper estrogenism, is an endocrine syndrome and rare hereditary which is featuring by aromatase overexpression, thus resulting in excessive levels of circulating estrogens [8]. Physiological observed variations of the condition include overexpression of aromatase and, accordingly, excessive estrogens levels including estradiol and estrone, and the greater rate of peripheral conversion of androgens to estrogens [7]. The goal of this study was to estimate the variant in the aromatase activity levels in acromegaly patients compare with control and some related parameters, GH, IGF, Testosterone hormone, estradiol hormone and whether aromatase level can potential use to follow up the active acromegaly patients.

In this study sixty males (age 20-60) years were registered, (30) active acromegaly patients who have attended the National Diabetes Center and Specialist Center for endocrinology and diabetes, Baghdad for the period from month (12/2015) to month 6/2016) and healthy as a control group. Since physicians diagnosed all patients. Blood was collected, and the sera were separated. GH, IGF-1 and levels of aromatase activity estimated by (ELISA) enzyme-linked immune sorbent assay kits. Mini Viduse is used for hormonal Testosterone and estradiol hormones investigations for all the patients and control. The principle test combines a final fluorescent detection with an enzyme immunoassay sandwich method (ELFA). All steps of the assay are achieved automatically by the instrument VIDAS® estradiol, VIDAS® Testosterone. BMI was determined by used this equation (BMI)=mass (kg)/(height)2 (m2).

Table 3 showed that mean of aromatase activity was a significant difference greater in patients with active acromegaly when contrasted with healthy control group.

In this study, we determined aromatase activity and some hormones such as testosterone, estradiol and some parameters such as IGF-1, GH and BMI in Iraqi active acromegaly patients and compared with control group. Serum GH level was very highly significant increase (P ≥ 0.0000) was seen in this study in active acromegaly patients when contrasted with control groups. Acromegaly disorders created by increased secretion of growth hormone on account of tumour in the pituitary. GH activities anabolic on numerous organs systems very much recorded. GH invigorates bone growth during the childhood, and its induces skeletal maturation during early adulthood and adolescence [9]. Most investigate, for example, the outcome which acquired by Johan et al. [10]. In this study found the GH stimulates longitudinal bone growth and body mass index and expanded in patients with acromegaly, because of positively correlated with the body weight with bone mineral density ,the obese is not the reason, The outcome in our study is conformity with the outcome which acquired by Reid [11] was demonstrated that difference seen inter alia both acromegaly and healthy control group and no variance particularly active acromegaly and control, but the result was dispute with the outcome acquired via Berg et al. [12] who demonstrated that no significant variance when contrasted with levels of physiological.

In the present study was seen the serum IGF-1 level was very highly significant (P=0.0000) in patients with active acromegaly when compared with control groups, due to GH secretion by the pituitary into the circulation that's motivated to make another hormone called insulin-like growth factor-I from the liver then lead to tissue growth in the body. Elevated levels of IGF-I, similar to this, signal the pituitary to decrease GH generation. If the pituitary continues to make GH-independent of the conventional regulatory mechanisms, the level of IGF-I continues rising, stimulated to bone overgrowth and organ enlargement. Furthermore, also in the present study was seen increase significant increment of level GH/IGF-1 (P ≥ 0.0000) in serum patients with active acromegaly when contrasted control groups, the result in our study is inter alia with the outcomes acquired via Julie Silverstein [13] proposes that the utilization of the last available values for GH/IGF1 assessments, which have invariably utilized in most clinical studies, may not accurately estimate mortality hazard in patients with acromegaly.

A very highly significant increment of serum testosterone and the ratio levels (P=0.0000) and the significant decrease of serum estradiol (p=0.0000) were seen in this study in patients with active acromegaly when contrasted with control groups. Other than making a healthier person, inhibiting aromatase creation will also apparently increment testosterone levels because less testosterone will be converted into estrogen [14]. Testosterone/estrogen ratio controlled by the activity of aromatase and intracellular presented. The testosterone/estrogen proportion has been seemed to essential for apoptosis of the oocytes and the induction of ovulation [15,16]. From the clinical studies was discoveries on the estrogen deficiency significance in men [17,18] the actions of estrogen and its necessity in males also has turned into an acknowledged idea these days [19,20].

A very highly significant decrease of serum aromatase activity levels (P=0.0000) The outcome of our review is concurrence with the findings got by Morishima and Sudeep [21,22] demonstrates the 28 years old XX, followed since childhood, showed the essential elements of the aromatase deficiency syndrome as newly characterized. The patient at birth had no adrenal female pseudo hermaphrodism and undergone reform of the external genitalia, such as a clitorectomy. Since at the puberty, created following indications of pubertal failure, virilization without any estrogen action signs, hypogonadotropic polycystic ovaries and hypogonadism lead to increase the plasma androstenedione concentrations, 17-hydroxyprogesterone and testosterone, while low plasma of estradiol. Polycystic ovaries that a strikingly unusual proportion of testosterone and androstenedione to estrone and estradiol. Hormone surrogate therapy prompted to menses, breast development, determination the growths of ovarian, and extinction of the increased LH and FSH amounts. Regulate the P450 arom gene by tissue-specific promoters at the levels of transcriptional in the brain, adipose tissues, placenta, gonads [23,24] the authors control of aromatase gene expression not just for the breast cancer treatment [25], additionally in males, for example, in the instances of gynecomastia [26,27] or prostate cancers [28]. The outcome of our study is agreement with the results acquired by that suggested aromatase blockade brought about a fall in E2 with a with a relating increment in T levels [29]. 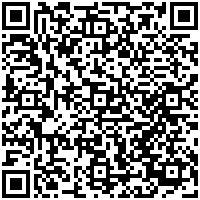