Characterization of Gaseous Pollutants from the Fertilizer Complex Fertial (Arzew-Algeria)

Redouane F1* and Aissa A2

Environmental assessment of industrial effluents generates by the mineral fertilizer complex. This complex contributes by its industrial activities to the contamination of the urban atmosphere of the city by discharges of gases very loaded with ammonia and fine particles. Estimation and ongoing monitoring of the level of pollution generated by this industry is imperative in accordance with national (and international) environmental protection legislation. This follow-up would make it possible to establish a tool for reflection and decision support, elaborated by a management system capable of ensuring an efficient and sustainable management of the effluents resulting from the industrial activities of this type of industry.

This manufactory evacuates its gaseous effluents laden with toxic gases such as ammonia and dust to the atmosphere. The Fertial complex, which specializes in the production of ammonia, nitric acid, ammonium nitrate and urea, is located on the Arzew industrial platform 40 km west of Oran, 3 km east of Arzew and 4 km west of Bethioua and near the sea (Figure 1). Figure 1: Location of the fertilizer complex (Fertial) in the site of Arzew.

In this context, the present study on the Fertial complex is aimed at an environmental assessment of industrial gases discharged into the atmosphere. For this it is imperative to carry out analyzes its gaseous effluents discharged by the unit [1]. This study focuses on identifying and quantifying pollutants in the atmosphere of fertilizer manufacturing processes. Their emission to the atmosphere, in large quantities exceeding the discharge standards, is explained by the limited performance of pollution control installations deemed to be damped and/or overexploited [2,3]. The quality of the air is thus altered by the presence of these harmful chemical species [4]. In fact, ammonia, which is a colorless, irritating gas, has a pungent odor and can burn eyes and lungs after prolonged exposure. Dusts, very fine organic or mineral particles can also be present in a gas mixture. They can pose serious problems for humans, animals, and plants even when they are present in low doses [5].

The qualitative and quantitative assessment of the degree of pollution of the effluents produced by this complex extends over the period from October 2013 to April 2014 [6]. The assessment procedure is based on the assessment of gaseous releases. Table 1 summarizes the sampling and analysis techniques used in this study.

Table 1: Sampling techniques for analyzing parameters for assessing the degree of pollution of gaseous emissions.

The rate of self-control of atmospheric emissions is once a month. The sampling is carried out over a period running from October 2013 to April 2014. The measurement is carried out at the dust and NH3 evacuating stacks.

Point measurements using an "AccuroDrager" type gas detection pump are carried out at the NH3 reject stack once a month. Dust is measured at the dust exhaust stack at the same rate. This analysis is accompanied by a measurement of temperature and gas pressure (using a Pitot tube) escaping from the chimney. The dust is measured by introducing the sampling probe into the chimney duct.

Three sampling points, considered as representative points of the atmospheric pollution generated by this fertilizer manufactory, are important to control against the gases and dusts rejected. It is:

The chimney of the tanks of attacks,

• The chimney on the city side.

• The chimney on the sea side.

Figure 2 shows the concentration of NH3 leaving the plant and shows that the levels released to the atmosphere exceed the standard recommended by the current legislation, which limits this content in gaseous effluents to 50 mg/L. It is important to note that the high values of the NH3 concentration in the Fertial effluents are due to an excessive use of NH3 at the tanks or the granulator during the neutralization of the product. They may also be due to decomposition of the raw material (ammonium nitrate) under the effect of heat in the dryer (300°C). 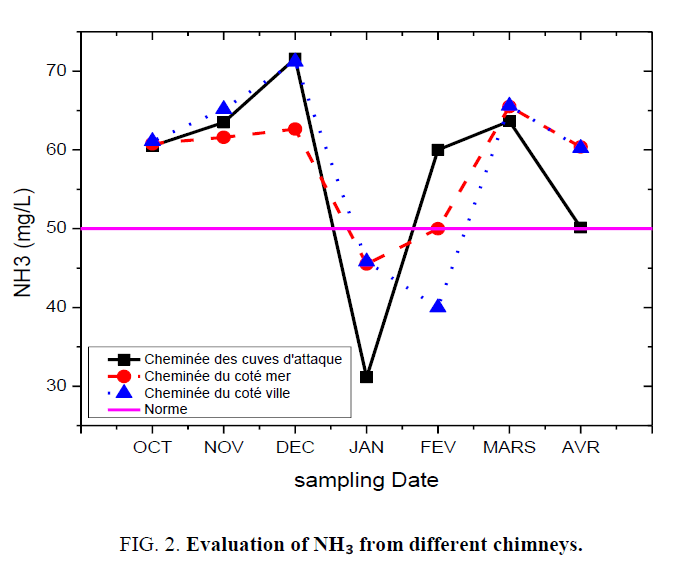 The dust produced during fertilizer manufacture is removed from the air by a filter system called a cyclone process. Nevertheless, a non-negligible content persists and exits with the exhaust gases.

This is shown in Figure 3, showing the gas concentrations in dust at the three stacks. It can be seen that the analytical values (varying from 45 mg/L to 67 mg/L) are higher than the limit value set at 50 mg/L by the national legislation in force. The dust poses problems of pollution generated by this fertilizer manufacture complex. 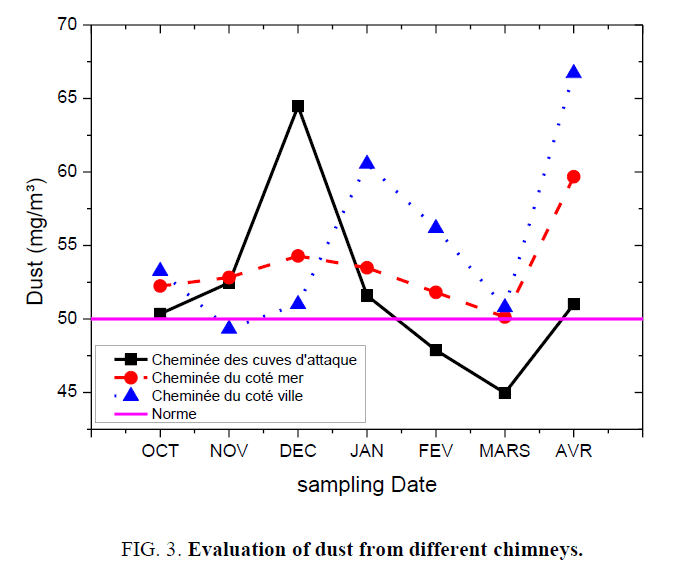 The main objective of this study was to evaluate the degree of pollution in the gaseous effluents of the known complex by its diversity in mineral fertilizer manufacturing processes. The results of the various analyzes carried out over a period of two months revealed the presence of a high concentration of NH3 in the discharge gases observed at the level of the three gas evacuation stacks.

In order to remedy these problems of industrial pollution, the development of sound remediation processes downstream of the fertilizer manufacturing process should be one of the priorities of this industry. In addition, an information and warning system on pollution peaks (ammonia and fine particles) must be put in place in the environmental management program of the Fertial complex. 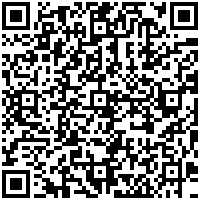