Bioremediation is a technology in which microorganisms, such as bacteria, fungi, protists and yeast are used to degrade harmful substances into non-toxic or less toxic substances to solve environmental problem. It is a waste management technique in which living organism are used to clean up pollution by removing or neutralizing pollutants from contaminated sites or to break down hazardous substances into less toxic or nontoxic forms by using naturally occurring bio-components. There are different natural contamination processes that occur for substance breakdown. When waste is bio-remediated it can be recycled, or at least, stored in such a way that it causes no further harm to the environment around it. Bioremediation is one of the cost effective and safest methods we have now to degrade contaminated waste. Which bioremediation approach is taken relies on the type(s) of microorganisms officially displaying at the pollution site. For instance, if the microorganisms effectively introduced are proper to separate the kind of pollution, cleanup groups may just need to "nourish" these microorganisms by the expansion of composts, supplements, oxygen, phosphorus, and so on. Keywords

Bioremediation is a practice where microorganisms are used for removing contaminants by converting it into nontoxic forms which are less harmful for the environment [1]. Bioremediation is a naturally occurring process in which small living organisms called microbes clean up contaminated soil, ground water and surface [2]. Microbes use contaminants as a source of food and energy by harvesting carbon and energy from the breakdown of pollutants whether in aerobic condition or anaerobic condition [3]. In aerobic condition microbes require oxygen to convert toxic waste into water and carbon dioxide while in anaerobic conditions microbial activity occurs in the absence of oxygen [4]. It is very vital to know that this process for waste remediation uses no toxic chemicals, while it may occur by usage of an organism that can be harmful under certain environments [5]. Bioremediation helps by providing these organisms with many ingredients like fertilizer, oxygen and other circumstances to survive. This would help to break the organic pollutant at a faster rate [6]. This remediation process can help to clean up oil spills as oil spills have adverse effect on some organisms [7]. At spots occupied with waste organic material, microorganisms (fungi or bacteria) at that spot break down organic matter to decompose the waste [8].

Bioremediation occur through natural processes carried out by microorganisms fungi plants to degrade and detoxify substances that is a threat to other living organisms [12]. The microorganisms may be indigenous to a contaminated area or may be brought from elsewhere to the contaminated site [13]. The transformation of contaminants occurs by living organisms through reaction that take place as a part of their metabolic processes [14]. Biodegradation of a compound is accomplished as a result of action of multiple organisms [15]. The more the environmental conditions are favorable for the growth and activity of microorganisms the more the degradation process occur at faster level [16]

The interaction of microbes with environment and pollutants is very important in determining the effectiveness of bioremediation process [17]. These microorganisms are either present naturally at the site of bioremediation or isolated from other sites e.g. bacteria (aerobic and anaerobic), fungi, archaea etc [18]

Microbes require optimal condition for good performance and there are various factors that affects the efficiency of microbial biodegradation including:

pH: pH of the soil is one of the most important factor because microbes only survive to a limited range of pH because it effects the availability of nutrients [19]. Optimal range of pH required is 6.5 to 7.5 [20].

Moisture content: Water availability affects circulation and movement of nutrient into and out of the microorganism cells [24]. High content of moisture is not good because it decreases availability of oxygen which is necessary for respiration of microbes [25]. 50 to 70 percent of water is required usually [26].

Natural bioremediation: It includes degradation of dead vegetation and dead animals which is a part of carbon, nitrogen and sulfur cycle [28]. Microorganisms uses the chemical energy that is present in the waste material for their growth by converting it into water and CO2 [29].

In-situ bioremediation: In-situ means to neutralize the contaminant at the place of its origin when contaminants are treated at its occurrence site instead of removing the contaminant and treating it elsewhere [32]. In this way it prevents the spread of contamination during displacement and transport [33]. For example to clean up contaminated groundwater in- situ, wells are drilled to pump some of the groundwater into tanks that are present above the ground. Here, the water is purified through microbes and is then pumped back into the ground [34]. The main advantage of in-situ treatment is that it inexpensive and poses minimum harm to the surrounding biome [35]. Microorganisms can also be hereditarily designed to corrupt particular contaminants. A case of microorganism that has been hereditarily designed is Pseudomonas fluorescence HK44. These hereditarily built microorganisms can be intended for the conditions at the site [36].

Intrinsic bioremediation: It is bioremediation under natural condition. This treatment uses microbes that are already present in environment to degrade contaminants and pollutants. No human intervention is involved and is the cheapest commonly used method [38].

Engineered bioremediation: In this type of treatment, engineered microbes are introduced at the site of contamination to accelerate the degradation process [39].

It involves the supply of air and nutrients to the contaminated soil to stimulate local microbes to perform biodegradation. It can be successfully useful for the compounds ranging from gasoline to heavier hydrocarbons. The availability of oxygen enhances the rate at which aerobic bioremediation takes place [40].

It involves the injection of air at pressure below the water table to increase groundwater oxygen concentration and enhances the rate of biological degradation by naturally occurring microbes [41].

This practice involves the addition of specialized microbes and enzymes to the polluted sites to accelerate the transformation or stabilization of specific pollutants [42].

It is a type of bioremediation in which nutrients are added to the polluted area to increase the growth or population of waste degrading microorganism. It also involves the optimization of environmental conditions such as aeration or adding nutrients. Advantage of bio-stimulation is that it deals with microorganisms that are naturally suitable for the environment [43].

It is the process in which metals are dissolved by using microorganisms. Some bacteria produce enzymes that cause oxidation of metal ores to release more soluble form of minerals. Certain fungi are able to extract gold by bioleaching [44].

Ex-situ bioremediation: This type of remediation treatment occurs after contaminated waste has been removed and transported to the area where it is treated [47]. At the sites where temperature is low to the point where microbes become inactive or the soil is excessively dense because of which the nutrients cannot spread evenly underground. At such sites ex situ bioremediation is used which means that the process is conducted outside of the location [48]. Ex- situ bioremediation is much effective than in -situ as it is less time consuming and can be used against wide range of contaminants. Moreover in ex-situ procedure the nutrients added to the soil or water are more evenly distributed because of homogenizing and mixing the polluted medium in a bioreactor [49]. However, the increased transport costs, additional land requirement and higher levels of engineering makes ex-situ remediation a more costly option. Another problem that is associated with ex-situ method is that during digging or pumping of contaminated soil or groundwater the contaminants may release in the environment if not managed properly [50].

Composting: it is the addition of nutrients to soil to increase the rate of aeration and activation of native microorganisms. Organic matter formed from composting benefits in improving soil quality. It takes place in a distinct container, when composting is done then it is fused into the soil. This method is cost-effective technique for soil bioremediation and is done on both large and small scales. It can be used for organic pollutants and other type of wastes depending on the adsorption competences of organic matter and microbes degradation abilities [51].

Landfarming: It is the technique in which contaminated soil is taken and spread out on a prepared bed and tilled periodically until pollutants are degraded. But this process is limited to treatment of soil up to 10-35 cm [52].

Biopile system: It is a hybrid of land farming and composting. It is used for the treatment of surface contaminants with petroleum hydrocarbons. It provides favorable environment for aerobic and anaerobic microorganisms Exhumed soils are added with soil adjustments and their product is placed on treatment area. This type is helpful for oil and hydrocarbon waste. The remediated soil is then placed in insert to prevent more contamination of the soil. Bio-piles have perforated pipes to optimize air and blowers to optimize the supply of oxygen, which further help for other factors such as pH [53,54].

Types of Bioremediation based on microbial agents

Phytoremediation: Removal of contamination by the use of plants. Plants have the potential to draw the contaminants such as petroleum, hydrocarbons, metals, chlorinated solvents etc. into their structures and hold on to them [59]. It is an efficient way to remove contaminants from soil and water. For example Indian mustard is really useful to accumulate certain metals like cadmium, lead and selenium. Poplar tree on the other hand can degrade petroleum hydrocarbons like benzene and toluene [60,61].

Phytoextraction: This process include the uptake of substances from the environment and their accumulation in the plants [62].

Phytostabilization: Limit the transfer and movement of substances in to the environment i.e. limits the leaching of contaminants [63].

Phytotransformation: When the plants uptake the substance from environment and the plants degrade it in its own body [64].

Phytovolatilization: It is the removal of contaminants from soil and water and then releasing it into the air [65].

Rhizofiltration: It is the removal of toxic from ground water through root activity i.e. in the rhizosphere it is usually used to disinfect groundwater. Plants are grown in greenhouses in water instead of soil. These plants are then planted on the site of contaminated groundwater where the roots take up the water and contaminants. Once the roots are saturated with the contaminant, the plants are gathered including the roots. In some countries sunflowers are used to remove radioactive contaminants from groundwater by rhizofiltration [66].

3. It can be carried out on original sites without disrupting normal activities

4. It is less expensive and less disturbing to the environment

5. Unlike other remediation technologies bioremediation detoxifies harmful substances instead of only transferring them from one place to another

6. Byproducts of bioremediation are usually water and carbon dioxide which are less harmful to the environment as compare to the end results of conventional methods of waste treatment

7. The byproducts of bioremediation can usually be converted into some other useful substance such as humus

1. It is time consuming process and cannot remove all kind of contaminants

2. In-situ bioremediation is not effective if the soil is very dense and has low permeability

3. Limited to those compounds that are biodegradable only. All compounds are not being completely degradable

4. The end product may come out more toxic than parent compound

Plants, microbes and other organisms can be used for the prevention and cleanup of environmental pollutants with the advent of new technologies. Researches are now able to stabilize, degrade and breakdown contaminants to useful products by using natural processes that is reliable, inexpensive and more productive. It is imperative to comprehend that this type of waste remediation utilizes no lethal chemicals, despite the fact that it might utilize a creature that can be hurtful in specific situations. 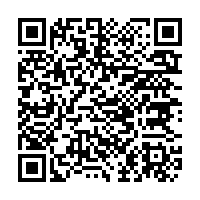