A Roadmap for the Molecular Farming of Viral Glycoprotein Vaccines: Engineering Glycosylation and Glycosylation-Directed Folding

Recombinant glycoprotein-based vaccine immunization is a potential strategy to promote protective immunity against viruses. To enable their folding and post-translational modification, these glycoproteins must normally be produced in mammalian cells due to their complicated biosynthetic maturation requirements. Despite these obvious benefits, this approach's costs and infrastructure needs might be prohibitive in developing nations, and its manufacturing sizes and timetables may be constrictive when used to suppress pandemic virus epidemics. Plant molecular farming of viral glycoproteins has been proposed as a low-cost, quickly scaled alternative production method with the capacity to carry out post-translational changes equal to those carried out by mammalian cells. Therefore, clinical trials for plant-produced glycoprotein vaccines against seasonal and pandemic influenza have shown promise and early-stage preclinical and clinical testing of vaccine candidates against the recently discovered coronavirus-2 causing severe acute respiratory syndrome has begun. However, due to changes in the cellular machinery of the host, many additional viral glycoproteins do not accumulate well in plants and are improperly digested along the secretory pathway. Additionally, plant-derived glycoproteins frequently contain glycoforms that are antigenically different from those found on the original virus and, in some cases, may even be under-glycosylated. Recent developments in the field have enhanced the complexity and quantities of biologics that can be created in plants and now make it possible for many viral glycoproteins that were previously impossible to produce in plant systems to express themselves. The empirical optimization that reigned in the early days of molecular farming was replaced by the necessity of creating logical, specialized techniques to enable their creation. The next generation of plant-made items is being created. This has required removing glycoforms that are exclusive to plants and introducing components of the biosynthetic machinery into plants from various expression hosts. These methods have produced mammalian N-linked glycan and caused the synthesis of O-glycan moieties in plants.

Plant molecular farming, or the production of recombinant biologics in plants, has been heavily influenced by the ability to produce pharmaceuticals at a low cost in areas where they are most needed, such as the developing world. The expense of building a manufacturing facility continues to be a significant barrier to developing manufacturing capacity in resource-limited places, even though many of the system's anticipated benefits are still true, most notably decreased infrastructure demands and production costs. Low yields for particular proteins and variations in the host biosynthetic machinery, which may impair certain essential Post-Translational Modifications (PTMs), are further obstacles that prevent plants from becoming widely used production platforms. These two challenges are most likely related: post-translational processing determines protein folding, and misfolded proteins are destroyed by quality control mechanisms, resulting in low protein yields.

In response to pandemic outbreaks, molecular farming has frequently been advocated as a platform for the production of vaccines and medications. This is primarily because they can mediate the majority of PTMs needed for the biological activity of mammalian proteins, have a short production time frame, are scalable for transient expression, and are quick to produce. To tackle human and veterinary infections, many potential biologics have been created in plant systems, such as a variety of recombinant antibodies and multi-component Virus-Like Particles (VLP). In general, it is possible to readily identify therapeutic antibodies and viral structural components generated in plants and assemble them as anticipated, but it is still difficult to express numerous viral glycoproteins in the system. Many plant-made proteins now have higher yields thanks to improvements in expression technologies, and in recent years, several promising viral glycoprotein vaccines have also been produced successfully, including several from highly pathogenic emerging and pandemic viruses. In addition to the Zika virus envelope protein, E2 glycoprotein from classical swine fever virus, HIV envelope glycoprotein gp350 glycoprotein from Epstein-Barr virus, and Gn glycoprotein from Rift Valley fever virus are recent notable examples in the published literature. Valley fever virus, chikungunya E2 glycoprotein, and the hemagglutinin glycoprotein from both pandemic and seasonal influenza viruses have all been identified.

The work done by Medic ago Inc. to create influenza VLP vaccines is an example of how molecular farming could be used to quickly contain pandemic outbreaks. Within a month after obtaining the sequence, the platform was successfully employed to create 10 million vaccine doses of Virus-Like Particles (VLPs) based on hemagglutinin. More crucially, these demonstrated similar promise in clinical trials and were protective in rigorous preclinical challenge models. The vaccines represent a workable replacement for the archaic method of producing influenza vaccines using eggs, which has the drawbacks of sluggish production rates and constrained production capacity. It should be noted that the vaccines contain encapsulated VLPs, which are likely more effective. Other non-particulate subunit vaccines in development have fewer immunogens. More recently, bio Inc., Medicago Inc., and Kentucky Bioprocessing Inc. have all validated the manufacture of potential vaccines in Nicotiana benthamiana in response to the emergence of SARS-CoV-2 and the resulting worldwide pandemic. There are currently few publicly accessible details about these vaccines, but Medicago's VLP-based vaccine has already started a Phase I clinical trial. 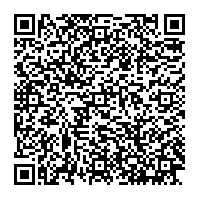