A set of factors and processes that have any kind of negative effect or impact on living organisms resulting from scientific and technological progress of mankind are said to be techno-pathogenic effect. The problem of the survival of humanity and the biotech protect all life on our planet is becoming one of the most important. The anthropogenic pollution of water, air and soil plays an essential role in the degradation of our environment, everyone agrees. We can also see the multiplication of installations linked to electricity: Mobile, telephone, wind, Wi-Fi, Bluetooth, high voltage lines; all these technologies have improved our daily life, but they can have a negative impact, invisible. The article that we are about to read may surprise us because it looks at problems whose origin is not well known and which are rarely taken into account. Yet these problems are real and it is logical to think that the recent and large-scale multiplication of antennas and wind turbines with their grounding induces fields that alter the natural equilibrium of the soil and have effects on the biosphere. It should be noted that awareness of the reality of these phenomena is progressing, but more for human health than for animals. It was determined, that the installation of masts base stations and wind turbines at the intersection of the fault zones, which is a natural migration of groundwater or geopathogenic zone, causes the appearance of artificial radiation of these zones and the spread of radiation occurs along areas faults or discontinuities along the axial in the soil. Constant exposure to natural and artificial radiations can cause changes in behavior, the state of aggression or depression (sometimes to the point of suicide), constant fatigue, sleep problems, partial loss of memory, problems with concentration, stress, etc. All electronic devices generate like natural cosmogenic fields-technical torsion field. Large amount of free radicals are produced in the body under their influence. To prevent a negative impact on the living it is necessary to harmonize the physical vacuum. The action of these harmonization devices is based on the elimination of the asymmetry of physical vacuum components. The simple harmonizing device consists of several elements, which were recorded the left and the right torsion field, before we have developed the device of the physical vacuum harmonization. When the device is a plug in the powerline network the physical vacuum is harmonized. It is necessary to pay much attention to theoretical issues of influence of technical torsion field on the human body and alive and biomedical research, one of the main areas of studying natural and technical torsion fields must be brought to a new level. Scientists, medicines and governments must move immediately and aggressively with the goal of minimizing the impact of torsion fields on children, pregnant women and adults. 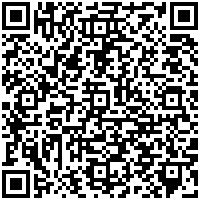