Spectroscopy and its functions

The fact that ions and electrons interact with other species via the long-range Coulomb potential is the main cause of this dependency on plasma characteristics. The specifics of the radiation in many ways reflect the reality that an emitting atom or ion in plasma is never isolated from the disruptive effects of surrounding ions and electrons. Long-range interactions with the charged plasma components regulate the populations of bound states, shift and broaden bound energy levels, decrease the ionization potentials of atomic species, and lead to the emission of ordinarily prohibited lines as well as continuous radiation. Impedance spectroscopy is a broad phrase that includes the small-signal measurement of a material's linear electrical response (including electrode effects) and the subsequent analysis of the response to provide helpful details about the system's physicochemical features. Although measurements are occasionally taken in the time domain and then Fourier converted to the frequency domain, analysis is often done in the frequency domain. The term "IS" stands for immittance spectroscopy, albeit it is not restricted to the measurement and analysis of data at the impedance level (such as impedance vs. frequency). Rather, it can incorporate any of the four main immittance levels. 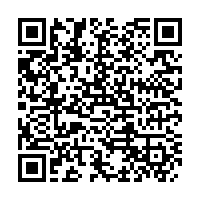