Previous studies investigated rainfall variability and its atmospheric features during June to September season that receives much of the rains in Ethiopia's Northern parts. Less attention was given to Ethiopia's southeastern part, which exhibits different rainfall regimes from the northern part. The present research uses CHIRPS and NCEP/NCAR reanalysis to analyze the Inter annual variability of March to May (MAM) seasonal rainfall and its associated circulation mechanisms over southeast Ethiopia from 1981 to 2019. The Empirical Orthogonal Function (EOF) is used to investigate the dominant modes in rainfall variability over the study area and identify typical wet and dry years later used for further analysis. The first three (3) eigenvectors (PC) explain 65% of the total variance. The composite analysis of wind anomalies shows that dry years were characterized by divergence at the low level (850hPa) and convergence at the upper level (200hPa). Wet years were dominated by convergence at a low level (850hPa) and divergence at the upper level (200hPa). The composite relative Humidity anomaly during wet years at a low level show that the entire study region is characterized by negative anomalies values, although it is not quite significant. The correlation analysis results indicated a positive correlation between Sea Surface Temperature (SST) and MAM seasonal rainfall total. This implies that the wet years are associated with warmer than normal SST over the identified regions except Tropical Indian, Western Pacific, and tropical Atlantic oceans. In contrast, the dry years are associated with cooler than normal over the same identified ocean regions. Further analysis shows a positive correlation between the Nino Index (3.4) and the MAM rainfall index over the study region with a correlation coefficient of 0.18. The findings of this study are helpful for agriculture planning and the prediction of MAM seasonal rainfall 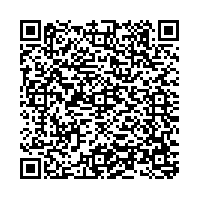