PHYTOCHEMICAL ANALYSIS AND ANTI-MICROBIAL ACTIVITIES OF THE EXTRACTS OF Alternanthera spp.

This study was carried out in order to explore the phytochemical constituents and anti-microbial character in extracts of Alternanthera pungens, Alternanthera sessilis, and Alternanthera brasiliana. The plant material was extracted using water and acetone. Phytochemical screening of the crude plant extract was carried out using the methods outlined by Trease and Evans. The major classes of the phytochemicals were present in all samples evaluated except for Saponins which was present in Alternanthera sessilis and alkaloids were absent in the same Alternanthera sessilis. In vitro anti-microbial activity was assessed against three fungi specie which are Aspergillus niger, Trichonphyton and Penicillum spp. The anti-microbial test results revealed that the acetone extract has a more promising potential activity against fungi with a maximum zone of inhibition of 33mm against Aspergillus niger at a concentration of 400mg/ml. Nestatin was used as control because of its high anti-fungal potency at a standard concentration of 10mg/ml but showed a maximum zoning of 24mm against Aspergillus niger. Minimum Inhibitory Concentrations of the various plant extracts were determined and Minimum Bacterial Concentration was also determined. This research has shown that plant extracts of Alternanthera pungens, Alternanthera sessilis and Alternanthera brasiliana are rich in biologically active compounds and substances which are effective against fungi that can cause alterations to the normal functioning of the human skin. 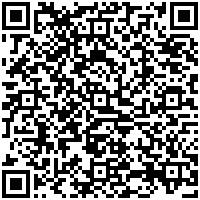