This study investigated heavy metals concentration in vegetables collected from the suburban area of Kushtia district in Bangladesh as well as their detrimental effects on public health via dietary intake. Concentration of five heavy metals (As, Mn, Zn, Cd and Pb) in the eight vegetables were measured using AAS. Heavy metals concentration for experimented vegetables were found to be higher than the safe limits suggested by FAO/WHO, except As for brinjal, Zn for green papaya and cauliflower, and Pb for tomato, bean and spinach. The values of the estimated daily intake (EDI), target hazard quotients (THQ), hazard index (HI), and carcinogenic risks (CRs) were measured to evaluate the carcinogenic and non-carcinogenic health risks. The values of EDI for tested metals were found below the maximum tolerable daily intake (MTDI). In addition, the individual values of THQs and their total (TTHQ) with exception of As, were greater than unity, that indicated the potential non-carcinogenic health risk to the consumers. Furthermore, HI>1 which may possess potential health risks. However, calculated values of the total CRs (TCRs) of As (7.40E-03) and Pb (1.05E-04) were higher than the USEPA standards. These results of tested vegetables picked out the possible lifelong carcinogenic and non-carcinogenic health risks to consumers due to intake of under the current consumption rate. 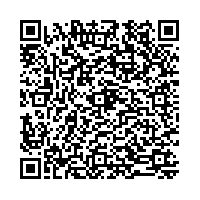