Stroke is caused by an abrupt cessation of blood flow to a brain region, impairing the central nervous system's energy supply. The majority of strokes (75-80% of instances) are ischemic in nature. Hypoxia is the most common cause of stroke-related injury to the central nervous system. Although both neurons and glial cells are fragile in the penumbra, neurons are more sensitive since they rely on glucose oxidation for energy.

Non-cardioembolic ischemic stroke continues to be a prominent cause of death and disability around the world. Approximately half of stroke survivors continue to have physical or cognitive impairment, which has a significant impact on their physical and social functions Stroke also comes at a tremendous price for patients, families, and health-care systems. Controlling modifiable stroke risk factors such hypertension, diabetes, dyslipidaemia, cigarette smoking, and obesity is crucial to avoiding recurrent strokes.

Reduced levels of low-density lipoprotein-cholesterol (LDL-C) have been proven to be important not only for stroke prevention, but also for improved functional outcomes after a stroke, which is a crucial factor in minimising disability.

Introduction: Stroke is one of the top causes of death and disability in the United States. The results of clinical studies suggest that policosanol (20 mg/day) combined with routine aspirin (AS) therapy provided benefits to patients with recent ischemic stroke when compared to placebo + AS administered for 6 and 12 months. Objective: The effects of policosanol medication in hypertensive patients in two ischemic stroke recovery trials were studied. Methods: The records of all hypertension patients enrolled in two ischemic stroke recovery studies were evaluated for this analysis. Within 30 days of commencement, hypertensive individuals with a modified Rankin Scale score (mRSs) of 2 to 4 were assigned to policosanol/AS or placebo/AS for 6 months. The primary outcome was a decrease in mRSs. Secondary outcomes were a decrease in low-density lipoprotein cholesterol (LDL-C) and an increase in high-density lipoprotein cholesterol (HDL-C). Results: A total of 142 hypertension individuals (average age: 66 years) were enrolled in the study. From the first intermediate check-up (3 months), policosanol/AS significantly reduced the mean mRSs (p0.0001 vs. placebo/AS). After 6 months of treatment, the policosanol treatment effect did not fade and, in fact, enhanced (p0.0001 versus placebo/AS). Furthermore, the policosanol/AS therapy (57/71; 80.3 percent) produced significant results (mRSs???1; p0.0001The placebo/AS combination did not (6/71; 8.5%). The treatments were well tolerated by the patients. Two patients dropped out early, and four patients (2 from the policosanol/AS group and 2 from the placebo/AS group) reported moderate adverse events. Conclusions: When utilised among hypertensive individuals with ischemic stroke, six months of policosanol/AS was shown to be better than placebo/AS in improving functional outcomes at three and six months. 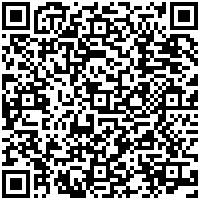