Effect of glycerol on shape, size and growth rate of Escherichia coli

Carbohydrate is an important component in bacterial growth. The importance of glucose as the most prevalent carbon source for bacteria in their growth has been demonstrated in studies. However, the impact of glycerol on bacterial development is still unknown. The effects of glycerol on the growth of two Escherichia coli strains (HF19 and MC1061) were investigated in this study.  We measured the optical density and colony formation unit per millilitre of cultured media to achieve this goal. The cell dry mass of the cultured media has also been determined. We also utilised a hemocytometer to investigate the effect of glycerol on E. coli cell proliferation directly. In the control groups, we discovered a substantial association between optical density and CFU/ml during the whole incubation period. Surprisingly, following 24-hour incubation, our findings revealed a very modest connection between optical density and CFU/ml in the glycerol-treated group. Glycerol boosted the sample's optical density, colony formation unit, and cell dry mass, according to our findings. Although our data showed a strong relationship in the control groups over all incubation periods, we only saw a robust relationship in the glycerol-treated group during the 6-hour and 12-hour incubation periods, not the 24-hour incubation period. This suggests that glycerol incubation for a long time caused changes in the shape and/or size of E. coli in both strains.

The physiological processes that regulate the inward movement of water and nutrients across the cell membrane, as well as the outward discharge of waste material, are carried out by highly specialised membrane proteins, one of which is the main intrinsic protein family. The glycerol uptake facilitator (GlpF), which is found in Escherichia coli among other bacteria, is a notable member of this family. Water and tiny hydrophilic species, such as linear polyalcohols, are passively transported by this aquaporin, which is found in all living creatures. Glycerol is transported nonselectively over the outer membrane by porins in Escherichia coli, and selectively across the inner membrane by aquaglyceroporins like GlpF. Glycerol kinase phosphorylates glycerol in the cytoplasm, trapping it in the cell and initiating its consumption, preventing it from diffusing back through the inner bacterial membrane.

GlpF, a key intrinsic protein identified in Escherichia coli, is a glycerol uptake facilitator that selectively conducts water and glycerol across the inner membrane. The free energy landscape of this homotetrameric aquaglyceroporin's aided transport of glycerol has been investigated using equilibrium molecular dynamics over a timeframe of 0.12 seconds. An adjustable biassing force is provided to the glycerol molecule confined in each of the four channels to overcome the free energy barriers of the conduction pathway. The findings show that intramolecular relaxation has a significant impact on the permeant's diffusion properties. According to these free energy estimations, glycerol tumbles and isomerizes on a timescale comparable to that of its adaptive-biasing-force-assisted conduction in GlpF. As a result, glycerol reorientation and conformational equilibrium in GlpF constitute a bottleneck in molecular models of the permeation event. The profile of the permeant's position-dependent diffusion has been calculated, allowing reaction rate theory to be used to investigate conduction kinetics based on the free energy landscape obtained. 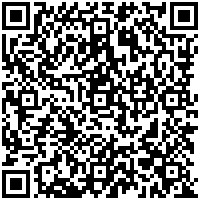