Climate Change and Its Effects on Environment

Human activity has degraded the earth’s atmosphere severely. It has drastic effect on land and ocean area. The quicker change in earth’s atmosphere is due to anthropogenic pollutants. It has several impacts on human health and livelihood. The change in earth’s atmosphere is due to change in glacier mass which is due to global warming. Uncontrolled forest fire also one of the cause of increase of greenhouse gases in the atmosphere. The melting of Glaciers in last 100 to 200 years is due to addition of greenhouse gases to the earth’s atmosphere. The melting of glaciers have great impact on human population. They are at risk of flood, drought, and deficiency of drinking water and loss of biodiversity. Due to global warming it is expected that the global temperature will rise to 1.4°-8° by the end of 20th century. Another projection shows that increase in temperature of 4 would eliminate all the worlds’ glaciers. In past 100 years the global mean sea level has been rising at an average rate of 1 to 2 mm annually. Hence it is highly needed to know the cause and effect of global warming and glacier melting so that we can save our earth. 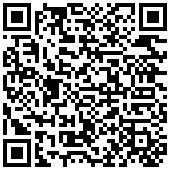