Trace Elements and Antioxidants in Some Medicinal Plants

Trace elements in medicinal plants play an important role in treatment of diseases but they could be toxic in excess amounts. These elements are needed at levels of 20 mg per day or less. Some of the trace elements expected to be found in plant samples include Aluminium (Al), Arsenic (As), Cadmium (Cd), Cobalt (Co), Chromium (Cr), Copper (Cu), Iron (Fe), Manganese (Mn), Nickel (Ni), Vanadium (V) and Zinc (Zn) [1]. A trace metal can be defined with the formal title “essential”. Most micronutrients owe the essential to being constituents of enzymes and other important proteins involved in key metabolic pathways. Hence, a deficient supply of the micronutrient will result in a shortage of the enzyme which leads to metabolic dysfunction resulting in diseases [2,3]. Trace elements may be present in plants as a result of uptake from soil. The level of some trace elements in plants depends on the level found in the soil [4].

Antioxidants can be described as molecules which prevent the oxidation of other molecules. They are found as vitamins, minerals and nutrients, the most common being vitamins A, C and E, beta carotene, selenium and lycopene which are present in foods and fruits [5,6]. Antioxidants are most common in plants and fruits which have characteristic colours, such as red cherries, oranges, carrots and purple blueberries. These are the prominent ones due to their importance in preventing the oxidation of foods and are additives in preventing spoilage, and deterioration of foods [7-9].

The use of plants for therapeutic medicine is as ancient as it is universal. Plants act generally to revitalize and strengthen the body’s restorative forces. Remarkably, a considerable part of today’s drugs comes from an insubstantial quantity of plants that are known to have been researched on pharmacologically. Medicinal plants and their products continue to be the main source of majority of modern pharmacological drugs [10].

The Neem tree (Azadirachta indica) which is aboriginal to India has been used practically all over the world due to its importance. The tree is of the Meliceae family and grows in very dry conditions especially in the arid and semi-arid areas and deserts. It is a sacred health tree and its various plant parts are sources of medicine that have been used to treat numerous ailments which vary from small scratches and insect bites to higher ailments like malaria and diabetes [10]. In folklore medicine, the Neem tree has been called the village pharmacy because it was known to cure so many diseases and ailments. Produce from the Neem tree such as its bark, leaves, flowers and roots have been known to have curative properties [10]. All its plant parts are useful. The leaves have been used as cure for diabetes, eczema and fever. The Neem tree bark has been used locally for dentine care and the roots as an insecticide. The Neem tree seed has a substantial quantity of Neem oil and has been used in industry and medicine [11-13].

A prominent leaf which originates from Asia is Ashitaba (Angelica keiskei) and is popularly called “The Leaf of Tomorrow”. The herbal plant is successfully cultivated in rich volcanic soil. In Asia, the Ashitaba plant has been successfully used in the purification and cleansing of the blood and colon. It has also been used in the treatment of muscular pain and lung defects. The Ashitaba plant is an important plant which is known to contain various vitamins and minerals one of which has been proposed as a cure for HIV. It is also effective in the treatment of diabetes as it reduces blood sugar and in facial cosmeticology because of its ability to exfoliate dead cells hence promoting a clear layer of facial skin [11-13].

Cymbopgon citratus (Lemon grass) is a plant aboriginal to moist and hot weather. It is commonly used by chefs for culinary purposes and for providing a distinctive flavour to food. Its aromatic scent makes it desirable as a household plant and a cure for several ailments. It is a useful plant in the chemical industry and it is usually an ingredient in many household products such as detergents, perfumes, and insect repellents and creams [14]. Lemon grass is effective in the regulation of bacteria and fungi [15]. It is an accepted therapy for the treatment of stomach upsets and fevers when infused. Topically it can be applied on the skin for the treatment of facial disorders, body pains, insomnia and athlete’s foot due to its antibacterial properties [15]. It is also used as an effective remedy in weight loss and high cholesterol due to its ability to increase the metabolism rate in individuals [16].

Identification and collection of plant material

The fresh plant parts were collected and washed with tap water followed by distilled water to avoid any possible environmental contaminations. About 5.0 g of each was cut into several small pieces, and minced well in a grinder to a powder. 2 g of the powder was extracted with a mixture of ethanol and methanol. The extract was centrifuged at 8000 rpm. The supernatant was collected and evaporated to dryness using a rotary evaporator and dissolved in distilled water. This was used for antioxidant analysis [18].

Nitric acid (HNO3), Hydrochloric acid (HCl), ethanol, acetonitrile and methanol were purchased from Sigma Chemical Company (St. Louis, USA). All reagents used were of analytical grade. Deionized water was used for the preparation of all solutions.

The wet digestion method was used. 2 g of the ground sample was poured into a beaker. 8 ml of a mixture of concentrated nitric acid and hydrochloric acid in the ratio 1:3 was poured into the beaker. The mixture was heated over a hot plate for about 20 minutes until a yellow coloration was noticed [1]. The atomic absorption spectrometry (AAS) was used for the analysis.

The methalonic extracts obtained from the sample preparation procedure were analyzed using the HPLC (Varian 210) equipped with an auto sampler photodiode array detector. The software measures the chromatogram and peak areas. A mixture of solvents (methanol. acetonitrile and water) was prepared in the ratio 40:50:10. The flow rate and injected volume were 1.0 mLmin-1 and 50 μL respectively. Analytical grade standards were used and serial dilutions were used for the preparation of stock solutions. The analysis was performed in triplicates. The chromatogram was interpreted by plotting the mean of the area of the peak as a function of its concentration [18-20].

Table 1: Trace elements and antioxidant properties for the three plants.

Zinc is a dietary mineral for humans and animals, although overdoses may negatively influence human and animal health and over a certain boundary concentration may even be toxic. Toxicity is low for human and animals but phytotoxicity may not be underestimated. The human body contains approximately 2 g to 3 g Zn and it has a dietary value as a trace element. Its functions involve mainly enzymatic processes and DNA replication. The human hormone insulin contains Zn which plays an important role in sexual development. Zinc is also important during puberty, pregnancy, and menopause. Higher Zn intake protects people from cadmium poisoning while the symptoms of Zn overdose include vomiting, dizziness, fevers and diarrhea [22]. Large doses of Zn (10-15 times higher than the recommended daily intake) may cause stomach cramps, nausea, and vomiting. Concentration of Zn in Neem, Ashitaba and Lemon grass did not exceed the WHO MCL in medicinal plants. Zinc is a component of haemoglobin and alongside vitamin C assists in the proper functioning of the lungs, blood vessels and epidermal tissues. For plants, it is needed for seed and chlorophyll formation. It is an essential part of proteins and various biochemical syntheses of plants.

Copper is essential to all living organisms as a trace dietary mineral because it is a key constituent of the respiratory enzyme complex. Copper is a constituent of the blood pigment hemocyanin which is replaced by the iron-complexed haemoglobin. Though copper is an essential element necessary for proper functioning of organs and systems in the body in minute quantities, high concentrations can be toxic and lethal. A high and toxic concentration of the essential element causes adverse health effects, which include nausea, diarrhea, liver and kidney damage [23]. The main areas where copper is found in humans are liver, muscle and bone. Copper compounds are used as bacteriostatic substance, fungicides and wood preservatives [24]. A human being can have a dietary Cu deficiency, but this is very rare, because Cu is present in many common foods, including legumes (beans), grains and nuts. Copper is an essential trace element in plants and animals, but not some organisms [25]. Symptoms deficiency can produce anemia-bone abnormalities, impaired growth, abnormalities in glucose and cholesterol metabolism. Chronic toxicity does not normally occur in humans because of transport systems that regulate absorption and excretion. Copper helps the body to use iron. It is also important for nerve function, bone growth, enhanced body use of sugar and protection of cell membranes from destruction by free radicals. A wide range of cardiovascular and blood disorders may be attributed to copper deficiency [26,27].

Manganese is an extremely important mineral when stabilizing blood sugar. It has strong estrogenic properties, and as a result is the most important element for treating menopausal symptoms, osteoporosis, and postpartum depression. Inadequate Mn intake has been associated with parenteral nutrition, resulting in dermatitis, changes in hair pigmentation and slowed hair growth. Regular dislocation of joints (particularly knee joints) is associated also with insufficient Mn levels. On the other hand, excessive Mn levels increase the risk for tendon/ligament tears and pneumonia. Also loss of sex drive and sperm damage have been observed in men. Excessive manganese interferes with the absorption of dietary iron. Manganese is an essential element which has excellent antioxidant properties vital in oxidative stress. For instance, Mn superoxide dismutase is the primary antioxidant enzyme in mitochondria which consumes nearly all the oxygen used by cells. Research has shown that various Mn activated enzymes play important roles in metabolism of starch, amino acids and lipids [28]. It is the ideal co-factor of enzymes (glycosyl transferases) required for secretion of proteoglycans for the development of strong bones and cartilage. Manganese is also responsible for the secretion of the enzyme prolidase. Prolidase is responsible for amino acid, a key component in collagen production and wound healing which consumes nearly all the oxygen used by cells [29].

Magnesium is widely distributed in plants and animals, foods and beverages. Green leafy vegetables, such as spinach, legumes, nuts, seeds and whole grains are good sources. Magnesium, an abundant mineral in the body, is naturally present in many foods, added to other food products, available as a dietary supplement and present in medicines [30,31]. Excessive intake of Mg from food does not pose a health risk in healthy individuals because the kidney eliminates excess in the urine.

However, high doses of Mg from dietary supplements or medications often result in diarrhea, accompanied by nausea and abdominal cramping [32].

Selenium is an essential element required by plants and animals in trace quantities. An excess of this essential element in plants and animals may lead to toxicity. Symptoms of acute toxicity may be systematic and manifested in respiratory and cardiovascular ailments. Other ailments are numbness of the joints; hair and nail loss and heart related ailments [33]. The trace element Selenium is of fundamental importance and is a major constituent of enzymes and selenoproteins. It is an active enzyme in the production of the thyroid hormone and the development of virulence, which inhibits the development of the HIV hormone to AIDS. Vitamin C and E alongside Se inhibits free radical damage to cells and DNA. Se in the diet increases fertility and reduces the incidence of miscarriage [34].

The research presents results of the analysis of antioxidants and trace elements in the selected medicinal plants under study. It infers that trace elements which are components of antioxidant enzymes were present in appreciable amounts. This invariably depicts the importance of these plants in medicine and industry.

The authors acknowledge the Department of Chemistry and Industrial Chemistry, Bowen University Iwo and Cape Peninsula University of Technology for their support towards the completion of the research work. 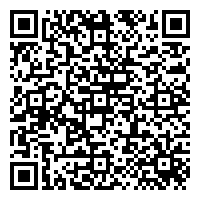