Apart from the traditional risk factors, there are newer risk factors such as high plasma level of Homocysteine, Folate deficiency and Vitamin B12 deficiency, associated with cardiovascular disease. Plasma Homocysteine level has been link to the level of LDL-C and functionality of HDL-C. This study is therefore designed to correlate plasma level of Homocysteine with Lipid profile in patient newly diagnosed of cerebrovascular accident. Seventy-Two newly diagnosed stroke patients were consecutively recruited into the study. Seventy-Two apparently healthy, age and sex matched volunteers were recruited from the community as controls. The data obtained were analyzed using SPSS version 20. Level of significance for the study was set at p<0.05. High plasma level of Homocysteine (12.72 ± 5.10 μmol/L), Total-Cholesterol (4.58 ± 1.40 mmol/L) and LDL (3.34 ± 1.41 mmol/L) were obtained from the study population when compared with Homocysteine (7.60 ± 1.80 μmol/L), Total-Cholesterol (3.93 ± 0.91) and LDL (2.23 ± 0.80 mmol/L) obtained from the controls and the difference was highly significant (p<0.01). The difference in the mean plasma level of HDL was statistically significant among study population (0.74 ± 0.32 mmol/L) when compared with Control (1.26 ± 0.38 mmol/L) p<0.001. Homocysteine had weak positive correlations with T-Cholesterol (r=0.172), LDL (r=0.213), Body Fat (r=178) and negative correlation with HDL (r=-0.178) but statistically significant p<0.05. We concluded that elevated plasma level of Homocysteine has significant correlat ion with abnormal lipid profile which is one of the major risk factors for cerebrovascular accident.

The theme for World Stroke Day in 2008 was “Little stroke, big trouble” focusing on the importance of stroke as a critical warning sign of more debilitating vascular events or death. Presently, stroke constitutes a leading cause of mortality and long term physical and mental disability throughout the world [1,2].

The management is largely conservative, therefore primary prevention is the key to reducing the increasing burden of stroke worldwide especially in developing world like Nigeria [3,4]. A key component of the secondary prevention strategies for stroke advocated by the World Health Organization (WHO) is intensified reduction in exposure to major cardiovascular risk factors [5-7]. There are traditional risk factors associated with cardiovascular events, newer independent risk factors such as high plasma level of homocysteine, folate deficiency and vitamin B12 deficiency have come to limelight and have been focus of research lately. High plasma homocysteine level has been linked to the level of Low-Density Lipoprotein-Cholesterol (LDL-C) and functionality of High-Density Lipoprotein-Cholesterol (HDL-C) [4,8].

High plasma homocysteine concentrations have been associated with increased risk of Cardiovascular Diseases (CVD) [9,10]. However, several large randomized clinical trials have not been able to show a direct link between lowering homocysteine plasma levels with vitamin B therapy and reduction in the risk of CVD or mortality among subjects with known CVD [11]. Endothelial dysfunction, increased oxidative stress, alterations of lipid metabolism, and induction of thrombosis have been suggested to be pathogenesis of CVD in Hyperhomocysteinemia [12,13]. However, the mechanism by which homocysteine could promote atherogenesis and thromboembolic disorders is far from clear and the role of Homocysteine in human CVD is largely unclear and subject of debate [11].

This study was, therefore, designed to see the relationship between plasma Homocysteine level and well established risk factor for CVD-abnormal lipid profile.

Bowen University Teaching Hospital (BUTH) and Ladoke Akintola University of Technology (LAUTECH) Teaching Hospital (LTH) both located in Ogbomoso, Oyo State, Nigeria, were used as the sites of the study. The subjects were new clinically diagnosed with Cerebrovascular Accident (CVA) with CT scan confirmation. Patients with complications such as renal, liver pathology or other medical illnesses were excluded. Patients on lipid regulating drugs were also excluded from the study. History and physical examination were taken from the subjects and blood samples were collected for analysis It was a cross-sectional study with semi-structured questioner administered as a survey instrument. Seventy-Two newly diagnosed CVA patients presenting at Accident and Emergency units of both institutions were consecutively recruited into the study after obtaining their informed consent. Another seven-two apparently healthy normotensive, age, and sex-matched volunteers were recruited from Ogbomoso Community as controls after obtaining their informed consent.

TABLE 1 shows the socio-demographic characteristics of the study population and controls. The study population included 72 patients with stroke and 72 apparently healthy people as controls. The age range for controls and subjects were between 30-95years. There was no significant difference in the mean age when compared to subjects with controls. The employment status in subjects compared with controls was significantly different (p<0.05) as shown above. All other socio-demographic characteristics were not statistically significant.

TABLE 1. Demographic profile of the respondents.

The aim of this study is to access the correlation between major risk factors of cerebrovascular accident for the purpose of primary prevention. The major risk factor for cerebrovascular accident in this study was hypertension. Seventy-five percent of the study population was hypertensive and was highly significant when compared with controls (p<0.001), this has been documented in studies [15,16]. Family history of hypertension, DM, and lack of regular exercise had been shown to play a significant role in development of the cardiovascular event, as well as abnormal anthropometric measurements such as BMI and Waist/Hip Ratio, are established risk factors for cardiovascular event and those were significantly high in the study population. Weight reduction and prescribed regular exercise have been found to be integral part of primary preventive measures [17,18].

Abnormal lipid profile was found to be high among the study population when compared with that of controls, that is, elevated plasma level of total cholesterol and LDL-Cholesterol while plasma level of HDL-Cholesterol was low. This abnormal pattern has been established and documented in many journals as primary risk factors for cardiovascular events. Primary and secondary preventive measures have been centered on the treatment of abnormal lipid profile [19,20].

We concluded that elevated plasma level of Homocysteine has a significant correlation with abnormal lipid profile which is one of the major risk factors for cerebrovascular accident.

The authors declare that they have no conflicts of interest with the contents of this article. 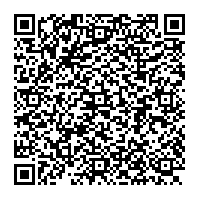