Phytoremediation Of Heavy Metal-polluted Mine Drainage By Eleocharis Acicularis

Soil and underground water contamination by heavy metals is a serious problem worldwide, and ongoing studies in several countries are addressing these environmental issues [1,2]. Heavy metals are defined as metallic elements that have a high density. They are released into the environment by natural or anthropogenic sources, such as mining, smelting, and other metal-based industrial operations [3-5]. One of the strategies used to remediate heavy metal pollution is phytoremediation, which utilizes plants to clean up metal-, metalloid-, and radionuclide-contaminated sites in both developing and transition nations [6].

This strategy is also known as ‘bioremediation’ and involves the soil microflora and fauna [7]. Phytoremediation is a technology based on the use of plants to remediate contaminated soil, water, and air, and involves various processes [8,9].

The aquatic macrophyte E. acicularis, which belongs to the family Cyperaceae, has the ability to accumulate copper (Cu), arsenic (As), antimony (Sb), zinc (Zn), and lead (Pb) [10]. The plants can grow in a wide range of climates, from Indonesia to Europe [11]. E. acicularis has the potential to adapt to different environments and remediate heavy metal contamination in water bodies, such as in rivers, paddy fields, lakes, and ponds, and to treat tailing waste worldwide [9,12].

E. acicularis is known as a hyperaccumulator plant because it has the capacity to accumulate high concentrations of heavy metals. The capacity of E. acicularis for the phytoremediation of water and soil contaminated by heavy metals and metalloids under natural conditions has been demonstrated [13-16].

As a higher plant, E. acicularis has the possibility to absorb silicon (Si) from the nature. The Si as nutrition has been proved to be beneficial for the plant growth and is associated with plant benefits to increasing resistance against biotic and abiotic stress [17-19]. The graminaceous plant such as rice, sugarcane and some of cyperaceous also known to absorb Si accumulation-plant [19,20]. The objectives of this study were to (1) measure heavy metal/metaloids (Fe, Cu, Zn, Pb, and As) accumulation, and (2) determine the ability of E. acicularis to take up Fe, Cu, Zn, Pb, and As after the addition of silicon fertilizer.

The mine is located in the south west of Japan. The mining site produced arsenic trioxide (As2O3) as the main product, both of source rocks and wall rocks also contain several heavy metals such as cadmium (Cd), copper (Cu) and zinc (Zn) for 28 years between 1920 and 1962 which can contaminate the soils and underground water [21,22]. An analysis of the arsenic levels near the mine site revealed high arsenic contents in the dust from the ceiling boards of residences, the soil, and percolated water from slag, with concentrations of approximately 200 ppm to 800 ppm, 2.760 ppm, and 180 ppm, respectively [21]. The mining tunnel and mine drainage are located near a river and residential paddy fields, which are largely covered by plants. Their location is on a mountain side that is covered by snow in the winter season. This study focuses on the mine drainage system by using aaquatic macrophyte E. acicularis.

The aquatic macrophyte E. acicularis was transplanted for up to 7 months during summer to winter season from August into February to a heavy metal-contaminated mine drainage effluent from the abandoned mine. The main drainage system has two ponds into which water flows from the mining tunnel. Each pond measures 3 m in width, 20 m in length, and 3 m in depth. E. acicularis was cultivated in a two ponds using a floating cultivation method ( Figure 1). In pond 1, there are four floating cultivation of E. acicularis were used with a granulated silicon-based fertilizer, and ± 500 g was applied to the bottom of the E. acicularis mat. This method was used to determine the plant’s ability to take up heavy metals with the addition of silicon fertilizer. No silicon fertilizer was used in pond 2 that there are five floating of E. acicularis. The plants were analyzed before transplanting and again at 44, 71, 99, 137, and 177 days. Water samples were collected in ponds 1 and 2 at the time of transplantation.

A particle-induced X-ray emission (PIXE) analysis was used to determine the heavy metal concentrations in the water and E. acicularis at the Cyclotron Center of Iwate Medical University, Iwate, Japan. The plant samples were separated into roots and shoots, rinsed with Milli-Q water, and dried in a ventilated oven at 80°C for 48 h. The dried samples were ground into a fine powder with an agate mortar. The powdered plant samples were digested with 1 mL of nitric acid (HNO3) and heated in a microwave at 150 W for the PIXE analysis.

Growth of Eleocharis acicularis in mine drainage

E. acicularis adapted well to the mine drainage effluent during the experiment, showing a good growth rate in the floating cultivation system used in each pond. In this study, the main drainage in the study area was contaminated by As, Pb, and Cu with the concentration exceeding WHO standards for drinking water (>0.01 mg/L) [23]. The highest concentrations of As, Pb and Cu from mine drainage water were 59.4 ± 4.6, 4.36 ± 1.37, and 80.3 ± 5.03. The plants in pond 2 grew to a higher density than those in pond 1 and maintained a green color throughout the cultivation period until day 137. A proportion of the E. acicularis population in pond 1 became brown and finally decomposed on day 177, whereas the other plants only became brown. Because the plants were cultivated for 177 days during winter, the E. acicularis plants gradually turned brown, as most common plants do during this season. This condition affected the heavy metal absorption in the plant shoot. The pH of the water did not differ substantially between the two ponds, with pH values of 7.19-7.95 and 7.13-8.25 in ponds 1 and 2, respectively. These values are close to the neutral alkaline phase of pH based on the classification proposed by the United States Geological Survey [24]. In this experiment, roots of aquatic macrophyte E. acicularis are attached and accumulate and directly with the granular silicon fertilizer. Maximum concentration of Si in E. acicularis between two ponds shows that the highest accumulation was observed in pond 1 with the main route of Si uptake was through the roots. The BCF and TF of E. acicularis are shown in Figure 6 and 7. A BCF value >100 indicates the potential utility of a plant species for phytoremediation in water. The BCF values for Fe, Cu, Zn, As, and Pb were >100 in this plant. This is consistent with the results of a previous study of E. acicularis that showed the ability of the plant to hyperaccumulate those elements in field and laboratory experiments. The TF of this plant was opposite to the BCF. The TF value indicates a plant’s efficacy as a metal transporter. The TF value of <1 in this study is consistent with that reported by Ha et al. [16]. The TF values for Fe, Cu, Zn, As, and Pb indicated that this plant is tolerant to heavy metals. Figure 6: Values of bioconcentration factor (BCFw) of Fe, Cu, Zn, As, and Pb in E. acicularis. Previous studies have shown that E. acicularis is a strong candidate for phytoremediation because of its capacity to accumulate high concentrations of multiple heavy metals at values that define a hyperaccumulator. The BCF is an index of the efficiency of metal accumulation in plants, and is defined as the ratio of the metal concentration in the plant to that in water. Hyperaccumulator plants are defined by different BCF values in different growth media. In the soil, BCF values >1 are used to evaluate the potential utility of a plant as a hyperaccumulator in phytoremediation [28] whereas in water, the BCF values for metal accumulation are generally >100 [15]. The present study demonstrated the potential utility of E. acicularis as a hyperaccumulator plant for phytoremediation and showed that it can be classified as a tolerant plant, capable of heavy metal accumulation in its tissues ( Figure 6 and 7).

Effect of Si Concentration to the Heavy Metal Accumulation by E. acicularis

Silicon fertilizers affect plants in two ways: with an indirect effect on soil fertility or a direct effect on the plant. Most investigations of the effects of monosilicic acid on soil properties have addressed its interactions with soil phosphates. The effects of silicon fertilizers on the soil are mediated by two processes. An initial increase in the concentration of monosilicic acid results in the transformation of slightly soluble phosphates into plant-available phosphates. The Si fertilizer then absorbs phosphate, reducing the leaching of phosphate by 40% to 90% [29,30].

The concentration of Si correlated inversely with that of As (n=107). Si also substantially reduced the retention of Cd in the roots and reduced its translocation to the shoots. Previous studies have reported similar relationships to those identified in the present study, showing that increased Si concentrations in rice leaves and stems correlated negatively with the concentrations of Cd, Zn, Cu, and Pb.

In addition to its role in metal toxicity, the effect of Si on metal tolerance has been studied. The Zn coexists with Si in the cytoplasm and that Zn-silicate is a transient storage compound for Zn, slowly degrading to SiO2 [31]. Zn translocates into vacuoles and accumulates in an unknown form. It has been suggested that the formation of Zn-silicate is part of the mechanism of heavy metal tolerance and may be responsible for the alleviation of Zn toxicity in Cardaminopsis. A similar mechanism has been reported in maize, which suggests that Si plays a role in the detoxification of excessive Cd in the plant.

The author Nurfitri Abdul Gafur wishes to thank the Japanese Government for providing a Monbukagakusho Scholarship for Graduate study at Ehime University.

Nurfitri Abdul Gafur contribute to study design and data analysis, also drafted the manuscript which was undertaken in association with his PhD program at Ehime University. Masayuki Sakakibara, as PhD. Supervisor also assisted in data analysis and manuscript revisions. Koichiro Sera provided the PIXE measurement of w, which is also a substantial contribution to the manuscript

The authors declare no conflict of interest. 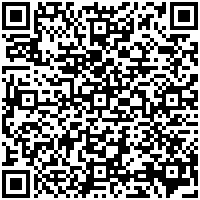