A freshwater Indian air breathing catfish, Clarias batrachus was subjected to low (3.75 mg/L) and high (18.75 mg/L) sub lethal dose of lead nitrate for short (24, 48 and 96 hours) and long term (15, 30 and 45 days) treatment to study serum biochemical features. All the variations were more dependent on the dose in comparison to the duration. At the end of the experiment, serum glucose, serum cholesterol and serum urea levels raised (p<0.05) in both the concentrations of lead exposed fish when compared to controlled one. Conversely, the serum protein level decreased (p<0.05) in the lead exposed groups in comparison to the control group. These changes are indicative of stress imposed on the fish by lead and could be used as biomarkers of lead poisoning.

Fish are considered as a good source of protein, PUFA and minerals. Contamination of fish products by heavy metals is becoming an unavoidable problem these days. Different types of pollution are contributing to the presence of harmful elements, such as lead, mercury and arsenic in foodstuff. Lead is a major environmental contaminant that may cause hematological, biochemical, renal, reproductive, behavioral, neurological deleterious effects by crossing blood brain barrier in fish, which can eventually lead to death [1]. Lead easily accumulates in different tissues of fishes [2]. The maximum acceptable toxicant limit of lead has been determined for several species range from 0.04 to 0.198 mg/L. The body components like protein, carbohydrate and lipid play a significant role in body construction and energy production. They are involved in major physiological events and the assessment can be considered as biomarker to determine the physiological phases of organism [3].

Fish are considered as a suitable biomonitors for environmental pollution and they are exposed to the heavy metals in vitro and the effect of metals on fish is studied [4]. Clarias batrachus is one of the most economically important fish species cultivated in the India. Many studies have been conducted to evaluate the biochemical responses of fishes to various metal contaminations [5-9]. Thus, in this context, the present study aims to investigate the effect of lead on the serum biochemical features of Clarais batrachus. The study will be helpful to evaluate variation in health of the fish due to toxicity of lead, suitability of environmental conditions for fish, amount and type of waste treatment needed to meet water pollution control requirements etc.

In the work, a freshwater air-breathing catfish, Clarias batrachus (Linn.) or magur (total length: 25-30 cm and body weight: 250-300 g) was taken as the experimental animal. The fishes were acclimatized in laboratory conditions for fortnight renewing water every 24 hour and fed with minced goat liver.

The toxicity test of the lead in the form of lead nitrate [Pb(NO3)2-AR grade] was conducted by employing the static bioassay method [10,11]. First of all, experiment was set up to determine the 96 h-LC50 doses of lead. After determining the value of 96 hr-LC50 of lead nitrate to be 375 mg/L, a concentration of 3.75 mg/L (1% of 96 hr-LC50) and 18.75 mg/L (5% of 96 hr-LC50) of lead nitrate was selected for this study. Then the fishes were exposed to the sub lethal concentration of 3.75 mg/L and 18.75 mg/L of lead nitrate for short term (24, 48 and 96 hours) and long term (15, 30 and 45 days) periods. The control and experimental fishes were dissected at the end of predetermined exposure time and the blood samples were also collected from the ductus Cuvier. Blood was left to coagulate at 4°C for 15-20 min, stored in heparinized glass tube and was centrifuged at 3000 rpm for 15 minutes on Remi centrifuge to get clear serum. Serum glucose, protein, cholesterol and urea of Clarias batrachus was estimated by standard methods [12-14].

Results were presented as mean with standard deviation. The differences between the control and treated groups of different exposure periods were tested by using t-test and F-*test. The level of significance was p<0.05 at 95% confidence limit.

In this study, we investigated effect of 3.75 mg/L (1% of 96hr-LC50 or low) and 18.75 mg/L (5% of 96hr-LC50 or high) lead on certain biochemical parameters of Clarias batrachus in the control and treated fish for a period up to 45 days and the results were presented in the Tables 1-4. No mortality was recorded in the control and lead intoxicated fishes for the exposure period of 96 hours. All the variations were more dependent on the dose in comparison to the duration. The changes were more pronounced in high sub-lethal dose of lead in all the parameters except serum protein.

Table 3: The molecular weight of the prepared copolymers (polymer A and B) as measured by GPC

Lead-treated fish presented a significant hyperglycemia trend in 3.75 mg/L lead-treated fish while the trend was either significant or insignificant in case of 18.75 mg/L lead exposed fish. Mean serum glucose level was 83.855 + 1.715 mg/dl in control and increased by >20% during short-term treatment attending a highest value of 102.65+1.66 mg/dl (Table 1). The manifestation of hyperglycemia in lead exposed fish may be due to increase glycogenolysis or gluconeogenesis as inductive responses [15,16]. These results corroborate previous reports that indicate different metals as hyperglycemia-stimulants in fish. For example, curimbatá (Prochilodus lineatus) and juvenile rockfish (Sebastes schlegelii) also displayed classic hyperglycemia associated with lowered serum proteins under lead intoxication [17]. Literatures also showed similar reports as for Oreochromis niloticus [18], Clarias gariepinus [16] and Cryptobranchus alleganiensis [19]. The findings of serum glucose suggest that metal-treated fish were experienced the stress situation [20].

In the work, lead intoxicated fish presented a significant decrease in serum total protein in 18.75 mg/L lead-treated fish while the trend was either significant or insignificant in case of 3.75 mg/L lead exposed fish. Mean serum total protein value showed decrease from basal control value of 4.64 ± 0.295 g/dl to a minimum of 1.84 ± 0.14 g/dl after 45 days exposure of 18.75 mg/L lead nitrate (Table 2). Similar reduction in protein has been reported in Saccobranchus fossils following exposure to chlordane [21] and Clarias gariepinus to cadmium toxicity [22]. The observed decrease of serum protein could also result from the breakdown of protein into amino acids first and possibly into nitrogen and other elementary molecules. The depletion in serum total protein observed for both experimental metals may be due to impaired or low rate of protein synthesis under metallic stress or a consequent of their utilization in the formation of mucoproteins, eliminated in the form of mucous. Further, direct and indirect utilization of proteins and lipids for energy needs has also been reported [23]. In addition, the utilization of proteins in cell repair and organization as causes of their depletion in the tissues should not be ruled out [24]. The enhanced level of glucose coupled with depletion of total protein suggested that metallic stress enhanced the potential of gluconeogenesis because of stressful condition and therefore excess demanding for energy resources [18].

Teleost fishes are primarily ammonotelic but their blood contains significant amount of urea. While conducting biochemical alternations induced by 12.6 and 14.6 mg/L of sevin in Clarias batrachus, it was observed that blood urea level of fish respectively increased to 18.68 and 16.77 mg/L in comparison to the controlled value of 16.50 mg/L [29]. These results are also supported by earlier reports in Clarias gariepinus after exposure to mercury [30].

Serum parameters providing information of the internal environment of the fish are known to respond quickly to changes in the water quality. Hyperglycemia, decreased serum protein and hypercholesterolemia and hyperuremia are indications of altered carbohydrate, lipid and protein metabolism in the fish due to lead exposure. The changes in these biomarkers are a reflection of organ dysfunction due to metal exposure and these biomarkers could be used in ecotoxicological assessment and as early warning indicators of pollution. 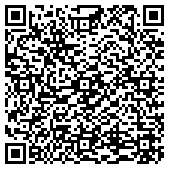