Isolation and Identification of Iridoid Glucosides from Pedicularis flava Pall. Growing in Mongolia

We have isolated and structurally elucidated by spectroscopic methods the monoterpenoid iridoid glucosides mussaenoside and euphroside from the aerial parts of the Mongolian medicinal plant Pedicularis flava Pall. Euphroside and mussaenoside have been isolated for the first time from this natural source.

Mongolian medicinal plants still offer a great potential for the discovery of new drugs because most of them have not been studied in detail [1,2]. Only a few investigations focused on Pedicularis flava Pall. [3]. The flowers and leaves of this plant have been used for the treatment of joint inflammation and poisoning. Moreover, Pedicularis flava Pall. has been applied to wound healing. We have isolated the two monoterpenoid iridoid glucosides 1 and 2 ( Figure 1) for the first time from Pedicularis flava Pall. and assigned their structures. 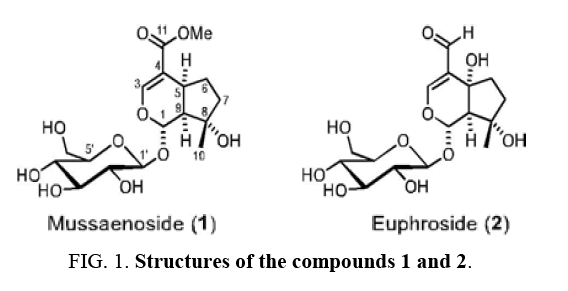 Figure 1: Structures of the compounds 1 and 2.

The aerial parts of Pedicularis flava Pall. (Orobanchaceae) have been collected in Sergelen soum Tuv aimag, Mongolia, during the plant flowering period (August). The botanical assignment was made by Dr. Ch. Sanchir (Institute of Botany, Mongolian Academy of Sciences). The dried and grinded aerial parts of Pedicularis flava (12 kg) were extracted with ethanol (72 L) at 40°C to 50°C for 2 h ( Scheme 1). The alcoholic extract was filtered and concentrated using an evaporator at reduced pressure to give 10 L of a concentrated extract. Distilled water (8 L) was poured to the alcoholic extract to give a water–ethanol solution which was fractionated by extraction with solvents of increasing polarity: hexane, chloroform, ethyl acetate, n-butanol. The extracts were dried using Na2SO4. Evaporation of the solvents provided the hexane (96.0 g), chloroform (77.4 g), ethyl acetate (26.5 g) and butanolic extracts (43.6 g). Purification of the ethyl acetate extract by column chromatography on silica gel using chloroform–methanol (5% to 10%) as eluent and subsequent preparative thin layer chromatography afforded the compounds 1 and 2. Table 1: 1H and 13C NMR data (CD3OD) of compound 1 and comparison with mussaenoside. For the NMR spectra (500 MHz-1H, 125 MHz-13C NMR and DEPT, COSY, and HSQC), CD3OD was used as solvent. A comparison of the 1H and 13C NMR data of compound 2 with those reported for euphroside in the literature [9–15] confirmed that both compounds are identical (Table 2).

Table 2: 1H and 13C NMR data (CD3OD) of compound 2 and comparison with euphroside.

NMR spectra were recorded on a Bruker DRX 500 spectrometer operating at 500 MHz for 1H NMR and 125 MHz for 13C NMR. The chemical shifts δ are given in ppm; the solvent signals were used as reference (1H: δH = 3.35 ppm for residual CD2HOD, 13C: δc = 49.00 ppm). The coupling constants J are given in Hertz. ESI-MS were recorded on a Bruker-Esquire mass spectrometer with an ion trap detector. Positive and negative ions were detected.

This work was supported by the DAAD in the frame of a bilateral academic exchange program.