Innovative Approaches in the field of Cardiology

Heart: The vital organ of humans and other animals, pumps blood and distributes to whole body through blood vessels. The study dealing with the functioning of Heart and its associated diseases is known Cardiology. Heart diseases are more prevalent in the current era. Heart disease is generally interchanges with cardiovascular disease which is caused by blockade or narrowing of the blood vessels. Various factors for the onset of heart diseases include age, family history, smoking, poor diet, high blood pressure and cholesterol levels, diabetes, obesity, physical inactivity, etc. Many diagnostic techniques have been developed for detecting the structure and functionality of the heart. With these innovative techniques developed, the mortality rate has been decreased as the disorder was diagnosed and treated accordingly.

Heart disorder, the term itself depicts the malfunctioning and various conditions of the heart which includes Coronary Artery Disease, Angina pectoris, Cardiac Arrhythmias, Congenital Heart defects, etc. Coronary artery disease is characterized by the narrowing of blood vessels that supply blood to the organs and this condition is well known as Atherosclerosis [1-9]. Angina Pectoris generally known as Angina is symptomized by chest pain with pressure and squeezing sensation of the heart due to insufficient blood flow due to obstruction or spasm in the blood vessel. Cardiac Arrhythmias, the name itself suggests that, it is the disorder of the heart due to irregular rhythm of heart i.e. either the heart beat is very fast or very slow. Congenital Heart defect which is also known as congenital heart anomaly is associated with defect in the structure of heart. The severity of all these diseases can be from low risk or no risk to death. Proper care must be taken, in order to prevent death of the patient [11-16]. So there exists a need to be educated and to obtain knowledge on functions of the heart and these diseases so that the right preventive measures can be taken during their occurrence. People can gain awareness through literature, internet sources, family physicians and consultants. Open access journals provide more visibility and accessibility to the readers in gaining the required information. The ongoing researches all over the world, which are being exhibited through open access journals, serve as the main source of information in various fields [17-19].

In order to create awareness among the people, group of physicians and consultants unite to form a society or an organization. The main aim of these societies is to counsel and create awareness among the victims of heart disorders as well as healthy personnel [20-26]. Major societies like National Heart Forum of UK aims to improve public awareness in cardiovascular health, and the advancement of quality standards to enhance patient care. It also support and promote researches in the field of cardiovascular diseases. United Heart Foundation of USA promotes the education and activities relating to the prevention and treatment of cardiovascular disease through the development of cardiovascular health knowledge and practice. Nigerian Cardiac Society of South Africa is associated with Omics thereby endorsing the scientific events conducted in the field of Cardiology. European Society of Cardiology is another international society comprising of professional cardiologists, contributes to the development of effective policy and programmatic responses to Cardiac patients at the global level, particularly in the European countries. Mongolian society for Pediatric cardiology struggle for the diagnosis and treatment of heart disorders especially in children. The Cardiac Society of Australia and New Zealand is involved in providing support to cardiology patients promoting the advances in the diagnosis and treatment of cardiovascular diseases. The main objective of these societies is to disseminate the scientific knowledge to cardiologists so that they can provide better service to the patients and work together to reduce the risk of heart disorders. The society enables the understanding of the disorders by creating awareness among the global communities [27-34].

Open Access literature plays a key role in proving the information and current researches across the globe. Journal of Clinical and Experimental Cardiology provides information on latest therapeutics techniques such as angioplasty, percutaneous coronary intervention (PCI) such as percutaneous trans luminal coronary angioplasty (PTCA), and also many conferences like Global Summit on Heart Diseases and Therapeutics where an abstract entitled Pericardial effusion in the setting of Takotsubo cardiomyopathy was Perry Fisher of USA, illustrated a case of Takotsubo cardiomyopathy in a 76-year-old woman and treatment followed [35-42]. Journal of Cardiovascular Diseases and Diagnosis is an international peer-reviewed scholarly journal, which published the papers across the world on coronary artery disease as a Special edition in its Volume 4 [43-51].

Cardiovascular Pharmacology: Open Access Journal studies improve the knowledge and provide cutting-edge research strategies for the development of new therapeutics. International Journal of Cardiovascular Research is a leading provider of information on cardiovascular diseases and novel methods of treatment followed. The above mentioned Open access journals on cardiology are the peer-reviewed journals that maintain the quality and standard of the journal content, reviewer’s agreement and respective editor’s acceptance in order to publish an article. These journals ensures the barrier-free distribution of its content through online open access and thus helps in improving the citations for authors and attaining good journal impact factors.

Most Prevalent Heart Disorders across the Globe

Patient suffering from Angina features pain in the chest region due to the insufficient supply of blood to the heart [67]. Through Open access healthcare literature provides information of novel researches ongoing in the current era. Here is the list of few articles which provide reports that are competent enough for a person to attain knowledge on cardiology [68-74]. An article entitled Giant Cardiac Fibroma in a Completely Asymptomatic Teenager written by Annagrazia Cecere of Italy, explains a case report of a 19-year-old male patient possessing a intra cardiac mass scientifically known as Cardiac Fibroma, after he was admitted in a hospital as an emergency accident case. The presence of Cardiac fibroma does not show any symptoms and is featured by the slow growth. These Cardiac fibromas mostly develop in the ventricles and intraventricular septum [74-82]. Mycotic aneurysms are rare and their incidence rate is about 0.65% to 2% of all the aortic aneurysms and is life threatening. It is caused due to the destruction of the aortic wall by an infectious agent and can be treated surgically [83-91]. Alexandra Lucas was one of the professor holding expertize in Cardiac Ischemia, Myocardial Hypertrophy and Heart Failure [92-96].

Cardiac Arrhythmias commonly known as irregular heartbeat, is a condition in which heart beat is abnormal i.e. the heart beats either too fast know as tachycardia or too slow known as bradycardia. The heart beat is controlled by the electric impulses and when these impulses fail to work leads to irregular heartbeat [97-104]. In a manuscript entitled The Effects of Ascent and Descent on Heart Rate and Rhythm at High Altitude authored by Christopher John Boos of UK provides data regarding the change in rate of heart beat when one goes from a lower altitude to higher altitude [105-110]. 9th Annual Meeting on Arrhythmia and Cardiac Surgery held in July 2016 in Australia, Thomas Deneke presented his views on Esophageal lesions related to atrial fibrillation ablation where he described Atrioesophageal fistula was rare but very dangerous and life risky complication of Atrial fibrillation [111-118].

Apart from the articles, presentation at conferences, symposiums, workshops also yield a better exposure to health information and advanced technologies that are being invented in the present generation [119-123]. In 11th Annual Cardiology Summit held in September 2016 in USA, Lubna Ibrahim Al Asoom of Saudi Arabia presented his views on Coronary angiogenic effect of long term administration of Nigella sativa. In this abstract he stated that Nigella sativa shows not only the ionotropic, hypertrophic cardiac effects but also shows coronary angiogenetic effect [124-129]. At International Conference on Cardiovascular Medicine held in August 2016 in UK, the scientific lectures delivered have discussed one of the most challenging burdens of the recent times. Azar Hussain presented a report on Characterization of optimal resting tension in human pulmonary artery where he described calibration of optimal resting tension value for performing experiments on human pulmonary artery rings [130-136].

As the heart diseases have become more prevalent, there are many scientific professionals are trained especially in detecting, treating and counseling the prevention of Cardiac disorders and these professionals are well known as Cardiologists. There exists almost 29, 650 Cardiologists in USA as per a survey conducted in April 2016 [137-145]. In order to diagnose the condition of the heart, physicians proceed for Cardiac Imaging which includes Echocardiogram, PET scan, CT scan, MRI, Coronary catheterization [146-158]. Peter A. McCullough is a scientific professional with research expertize in cardiovascular diseases. Peter has presented the surgical and non-surgical technologies that were in use for the treatment of heart disorders in his article Advances in the Management of Valvular Heart Disease [159-165]. Echocardiogram utilizes ultrasonic waves for the uninterrupted visualization of chambers of the heart and flow of blood and also takes pictures of valves, blood vessels like arteries and veins and also walls of the heart chambers. Through this test we can know the size of the heart, thickness of the walls of the heart, presence of stenosis and regurgitation of blood [166-173]. Cardiac mapping and ablation is another advanced technique used widely by cardiologists. In this technique, the catheters are inserted into the heart and moved to various sites of the heart to detect the source of arrhythmia. Once the site of arrhythmia is discovered, then that specific tissue is destroyed by ablation. Cardiac ablation is widely used technique in the treatment of Arrhythmias [174-181]. Cardiac mapping does not provide the electrical activity of auricles and ventricles at a time instead provides the activity of on chamber of the heart at a time [182-189].

Cardiac Magnetic Resonance is widely used diagnostic technique to detect the anatomy of the heart. Cardiac MRI utilizes a strong magnet and radio waves. The energy from the radio waves is absorbed by the heart and is released in a pattern based on the type of tissue. This pattern helps to detect whether the tissue is normal or cancerous [190-196]. This is most widely used for patients with congenital heart disease. MRI produces the images of the heart better than other imaging methods. But the only disadvantage of this scan is that it is time consuming and produces loud sound. Angiocardiography is an advanced technique used for the examination of chambers of the heart and blood vessels. In this technique, a radionuclide commonly called radiopaque dye is injected into the heart followed by examination by x-rays. Hundreds of images are produced thus pertaining to visualize the movement in the heart [197-200]. Jose G. Diez of USA is one of the expert in the field of cardiology with expertise in Interventional cardiology, acute coronary syndromes, acute and chronic aortic syndromes, antiplatelet and anti-thrombin therapies.

Heart disorders are most prominent and prevalent in USA. Many innovative technologies have been developed to reduce the mortality due to heart disorders. In 2011, FDA had approved a novel technique to treat heart valve disease without any surgery known as Trans catheter aortic valve replacement. All this information can be accessed in open access health care literature which exhibits the novel techniques and innovative researches taking place in the research field. Many professionals share their views;suggestions through the open access literature which can be accessed by all inorder attain knowledge on heart diseases. Although heart disease is the major cause for deaths in USA, the developed technologies, awareness through the literature have given hope to the patients for reducing the mortality rate. 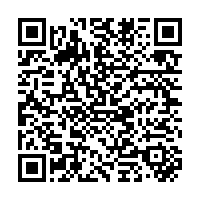