Intermolecular interactions of different configurations in the HClO3···CO and HOClO3···H2O dyads, as well as CO···HClO3···H2O triad systems have been studied at MP2/6-311++G(2d,2p) computational level. Molecular geometries, binding energies, cooperative energies, many-body interaction energies and energy decomposition analysis (EDA) were evaluated. The results reveal that the stability of cyclic triads are more than linear and in the order IV > III > II > I configurations. All of the triads have diminutive energy. Red shifts of H-O stretching frequencies for complexes involving HOClO4 as H-donor are predicted. The electronic properties of the complexes are analyzed using parameters derived from the quantum theory of atoms in molecules (QTAIM) methodology.

Noncovalent interactions between molecules play a very important role in materials science, supramolecular chemistry and molecular biology [1-5]. The conventional hydrogen bonds (HB) as a noncovalent interaction A-H…B that involve electronegative atoms like oxygen and nitrogen have been thoroughly studied over the decades by experimental methods [1,2]. The chemical phenomenon of hydrogen bonding has also been studied extensively by quantum mechanical ab initio calculations [6-10]. Along with increasing of interest to hydrogen bonds, halogen bonds [11-13] are also taken into consideration. There have been numerous experimental and theoretical studies about the practical and potential applications of halogen bonds in different fields of biochemistry and supramolecular chemistry [14-22].

It has been suggested that chlorine resulting from the photo dissociation of chlorofluorocarbon in the stratosphere is involved in ozone-depleting catalytic cycles [23]. So the attentions were focused on the identifying of important reactions in the stratosphere that involve chlorine species [23]. Others said that, [24] sink role of perchloric acid (HOClO3) for stratospheric chlorine is more important than HCl. On the other hand CO and H2O are of primary importance in atmospheric chemistry[24,25]. So, we found it appropriate to examine interactions of CO and H2O with HOClO3, theoretically. Hence the present study specified to the analysis of structural parameters, vibrational stretching modes and electronic properties of intermolecular model systems formed by CO, H2O and HOClO3. In the other hand, triad structures including CO and H2O because of large difference between their dipole moments (CO experimentally about 0.12 D [26] pointing from carbon to oxygen and H2O 1.86 D [27,28] from hydrogen to oxygen) is an interesting design. On the best of our knowledge no research exists addressing the cooperative effect and many-body interaction analysis for these triads in the all probable configurations.

All of the calculations were performed using GAMESS package [29]. The geometries of the isolated HOClO3, CO and H2O moieties and their complexes were fully optimized at the MP2 computational levels with the 6-311++G(2d,2p) basis set [30]. Frequency calculations were performed at the same computational level in order to confirm that the structures obtained correspond to energy minima. BSSE correction was done by the counterpoise method as the most common way [31].

The AIM2000 package [32] was used to obtain bond electronic properties. The atoms in molecules (AIM) theory [32,33] was applied here to analyze the characteristics of the bond critical points (BCP) appearing in the studied systems.

The optimization structures of different 1:1:1 triad complexes from the association of HOClO3 with H2O and CO by forming the complexes (I), (II), (III) and (IV) are illustrated in Figure. 1.

Figure 1: Optimized geometries of the studied triads in all probably configurations and respective dimers.

To understand the properties of the systems better, the corresponding dyads are also studied.

In Table 1 the frequency shifts of the O-H stretching vibration in the dyads and triads relative to those in the isolated HOClO33 molecule are gathered. As frequency values show hydrogen-bond formation has been associated to a red shift in the stretching frequency of OH in HOClO3 as HB donor [34].

Figure 2: Correlation between stretching frequency shifts and distances in all interactions of all studied complexes.

Figure 3: Correlation between densities of the intermolecular BCP in HB complexes and stretching frequency red shifts in O-H bond.

Energy analysis of the complexes

ΔE*: The values obtained from dyads frozen in the geometry of the triads.

The energy results reveal that the stabilization of complexes is in the order IV > III > II > I. This shows that the stability of cyclic are more than linear triads and the most stable complex is correspond to configuration IV. This difference in energy values depends on the interaction site of the CO donor species, O side or C side, and monomer positions.

An energetic cooperativity parameter was calculated using Eq. (3) and Eq. (4) for linear and cyclic triads respectively.

Where ΔEC*AC term is the interaction energy of AC dimer frozen in the geometry of the triad.

In the studied CO···HOClO3···H2O complex, diminutive effects are observed in all configurations with values as shown in Table 2. As shown as results no significant correlation found between the cooperative values and stabilities. Indeed the cooperativity and anti-cooperativity effects are mainly attributed to the charge transfer [35].

The results in Table 2 show that CO···HOClO3···H2O in geometry IV and geometry I have maximum and minimum stabilization energy among studied complexes respectively.

As seen in Table 3 the main contribution of stabilization energy except the cases of geometry I is obtained by the two-body interaction ΔE2 B-C. This means that the OClO3H:OH2 interaction contributes more to the bonding interaction between pair of molecules in a triad than other interactions.

Table 3. Decomposition of stabilization energy [kJ mol-1] of the studied triads using the geometry within the triads.

In the all studied systems the two-body

and three-body interactions ΔE3A-B-C have negative (attractive) values. The only case of two-body with positive value is ΔE2 HO4Cl-CO in configuration II that is contribute to HO4Cl: CO interaction.

The strain energy (ES) can be defined as a measure of the degree of strain that drives the distortion of the ternary system. Equation (6) describes how calculate the ES. As seen in Eq. (6), ES calculated by sum of the monomers energies frozen in the geometry of the triads minus the energy sum of the optimized monomers.

According to values in Table 3, the strain energy is positive, that is it makes a destabilizing contribution to the total stabilization energy of the triads.

The energy-decomposition analysis (EDA) was performed to obtain insight into the source of the interaction energy using Eq. (7) [36].

Table 4 lists the energy decomposition analysis results for perchloric acid complexes. The results reveal that electrostatic effects make the major contribution to the interaction energies (48.19% to 74.33%). This reveals that the electrostatic interactions are essentially responsible for the stability of the all studied complexes. Based on the energy decomposition results for dimers it is apparent that the polarization component in complexes with presence of hydrogen bonding interactions represent more values in comparison with the rest complexes. Also the electrostatic term for CO···HOClO3 dimers show larger values in configurations with oxygen interaction side (configurations I and III) of the CO than carbon interaction side (Configurations II and IV).

In Table 5, are listed the results of the QTAIM topological parameters, namely as electronic density (ρ), Laplacian (∇2) and the ratios between the kinetic (G) and potential (V) electron energy.

Table 5. Computed values of the QTAIM topological parameters at the BCP.

The topological analysis of the electron density displays the presence of an intermolecular bond critical point (BCP) in all of the complexes, HB and vdW.

Theoretical study of the 1:1 HOClO3···CO and HOClO3···H2O dyad complexes as well as 1:1:1 H2O···HOClO3···CO triad complex were investigated by quantum chemical calculations at the MP2/6-311++G(2d,2p) level. The triad systems were located in 4 configurations, 2 linear and 2 cyclic.

The vibrational analysis of the studied complexes revealed that HB formation has been associated to a red shift in the stretching frequency of the O-H in perchloric acid molecule.

Many body analyzes indicated that the HOClO3···H2O interaction contributes more to the bonding interaction between two molecules in a triad than other interactions.

Based on the energy decomposition analysis (EDA), it can be seen that the electrostatic interactions are essentially responsible for the stability of the all complexes.

Good linear correlation was obtained from AIM results between –G/V and interaction distances. We think that the results of present study may be useful for understanding competitive role of carbon monoxide, perchloric acid and water molecules in atmospheric chemistry. 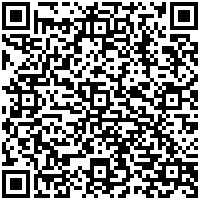