A silyl cation is well known to be one of the highly reactive Lewis acids, and is available for activation of unsaturated compounds. We developed a sila- Friedel–Crafts reaction, in which the addition of silyl cation to the aromatic moiety followed by deprotonation induces Si-C bond formation and applied it to synthesize various dibenzosiloles such as trisilasumanene and so on. We thought an intermediary silyl cation or its arene complex can add to multiple bonds to form -silyl cations, which undergo Friedel-Crafts reaction with an aromatic ring existed in a molecule to give the corresponding silacyclic compounds. We have investigated the reactions using dialkylbenzylhydrosilanes and dialkylhydro-1-naphthylsilanes as precursors of silyl cations, alkynes, alkenes, allenes, carbon dioxide, and aldehydes as multiply bonded compounds, trityl tetrakis(pentafluorophenyl)borate (TPFPB) as a hydride-abstracting reagent, and 2,6-di-tert-butyl-4-methylpyridine as a base. Interestingly, we have found that cyclization occurred only at the 8-position of the naphthalene ring in the reactions using dialkyl-1-naphthylsilanes and alkenes. We also studied on intramolecular version of the reactions using alkynes. Namely, we prepared aromatic compounds bearing trimethylsilyl- ethynyl and dialkylhydrosilyl groups at the neighboring position and treated them with a small amount of TPFPB to give the corresponding aromatic ring-fused siloles and disiloles via single and double intramolecular chain hydrosilylation reactions with silyl cations as chain carriers, respectively. In these reactions, -silyl cations are considered to have undergone hydride abstraction from the starting hydrosilanes instead of Friedel-Crafts reactions in the former reactions. In this presentation, we wish to report on the details of these reactions. 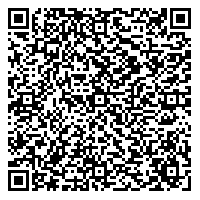