There is an urgent need to find means by which societies can engage in difficult debates about how to ensure food security in a world threatened by dangerous levels of climate change, at the same time as making drastic cuts in greenhouse gas emissions. There will be conflicts, trade-offs but also potential co-benefits between these twin objectives depending very much on the pathways chosen. Decision-making though is often highly technical and top-down and omits sections of society, especially the poorest. Food systems and the people in them are at the intersection of hunger, poverty and environmental goals. Creating resilient food systems is central to climate change adaptation, but changing agriculture, land use and food systems to contribute to GHG mitigation will likely assume much greater importance particularly in light of the commitments in the Paris Agreement. Nigeria is an example of a country that has made great strides in food security whilst facing enormous challenges from climate change. The country made various emission reductions commitments but its current policies and future development trajectories contain contradictions that might endanger these goals. Agriculture - which provides the livelihoods for the majority of people - is responsible for 30% of overall emissions and may come under increasing pressure to deliver reductions. The planned revision of the country's Nationally Determined Contribution to GHG emissions reduction offers an opportunity for debate on choices and their implications. This research aims to design and test an inclusive and replicable process based on participatory scenario methodology to enable those debates to take place in ways that involve broad swathes of society, including people at the sharp end who often have least voice. Planned Impact: People everywhere will be affected by the choices made about how to pursue climate change mitigation and the Sustainable Development Goals, notably SDG2 to end hunger. If decisions made are better informed by, and respectful of, the perspectives of all sections of society then societies as a whole will ultimately benefit. The poorest people stand to gain most by good and equitable decision taking: they are largely dependent on agriculture and most affected by economic shocks and climate impacts but their perspectives are often least taken into account in debates. The project aims to create an inclusive process that will bring various stakeholder perspectives on development choices into the debate. Thus the project will engage both with the academic food and climate communities in Nigeria but more so with stakeholder groups from government, policy implementation, the private sector and civil society groups working on food or climate change issues. The research will involve key informant interviews, holding of three large stakeholder workshops creating in-depth immersion in scenario development, and subsequent follow-up both in-country including media work, and via dissemination of the methodology to other researchers and other countries. In Nigeria the insights and networks created through the scenario process will be taken forward after the research has ended to help reformulate national greenhouse gas emission reduction plans and agricultural development plans as well as informing business choices in the energy and food business sectors. 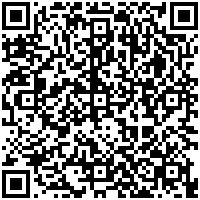