Topic on An assessment of rainfall in Kumodugu Yobe river basin, Nigeria

The paper is aimed at predicting rainfall in the Kumodugu Yobe basin by 2040 using three models used by the IPCC 4th assessment with the following procedure: Looking at the climatology projected by each of the three models for the 20th century, looking at climatology projected at 2040 by each of the models and calculating the differences between the 21st and 20th century climatology?s of the models. In carrying out the studies, one set of observed data and three sets of Models used by the IPCC 4th assessment were used; observed precipitation Data set, NCAR models, GISS model and the CCCMA models were used for the studies. Climate data analysis tools known as Climate Data Operators (CDO) were used in calculating the climatology of the data sets. The calculated climatology was plotted using the Grid analysis and display system (GRADS) software. The outcome of the studies shows that there would be considerably decrease in rainfall base he prediction by NCAR model with 3 months of rainfall in July, October and November with two peaks compared to observe which gas one peak in August. The CCCMA model also has three months of rainfall with its peak in August and the GISS models predicts that there would be rainfall for eight months over the area. The reduction in the rainfall over the area will lead to the reduction in the flow of the river and will consequently affect the livelihood of the people that depend on it in the drainage basin. The limitations of the study is the in availability of getting stream flow data of the Yobe river which is initially intended to be used in comparing the predicted rainfall and the flow of the river and the study would be of an importance for the proper planning by policy makers on issues related to rainfall in the area. 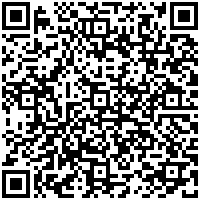