The Hightech Threat: The Fundamental Approach for Recycling Electronic waste

The use of mobile phones, computers and ICT equipment is generally expanding in all countries; their many benefits are conjoined by numerous challenges at their end-of-life. These equipments consists of many metals, plastics and various sub- stances, some of which are hazardous but some of which are valuable resource equipment (e.g. Gold, Silver, Palladium, Copper, Aluminium etc.) that should not be wasted and can be recovered for use in new products . It contains conceivably hazardous particles like Lead, Cobalt, Cadmium, Mercury, if not discarded legitimately it can prompt genuine environment harm and cause major health issues. The utilization and un- lawful dumping of machines and electronic devices is higher than ever and will keep on rising. Subsequently, an efficient E-waste framework is required. In 2018, 49.8 million metric tonnes E-Waste is generated round the world, in which Asia produces the largest .Out of this 49.8 Million metric tonnes only 20% gets recycled globally and the remaining 40 million metric tonnes possibly gets buried as landfills, burned by un- lawful means or illegally traded and treated in a destructed manner. In India, 5 million metric tonnes Electrical and elec- tronic waste was produced in 2018. The burning of E-waste by scrappers has catastrophic effects over environment as result in climate change as well as we lost some part of valuable metals when it gets burn. India is one of the biggest E-waste manufacturers round the world today. India generates about 2 million tonnes of E-waste annually and stands at fifth position with the E-waste produc- ing countries after the US, China, Japan and Germany. In In- dia 90% of the Electronic waste is recycled and handled by the informal and unorganized sector. Unskilled labours here works without ventilation and improper safety gears, lives in slums which are close to untreated E- waste dump sites and waste heaps. They were neither instructed nor educated to wear protective masks and gloves while encountering with several acids for extracting Gold and Platinum from circuit boards. Consistently, children and females are used in dismantling the electronic equipments. Turning the E-waste market from Un-skilled labour and Infor- mal sector to skilled labour and Formal sector will boom the economy of our motherland and hence our economic stability will get better year by year. Organized sector is Capital- inten- sive and unorganized sector is network- intensive, if both sectors coordinate and work harmoniously, the materials gathered by the Informal sector may be handled over to the formal sector to be processed in an environmental friendly and scientific way and there the government organization plays the vital role be- tween the two for successful processing of E- waste. Despite the reality of administration form to boost feasible e-waste dumping, implementation of policies contains substan- tial challenges. One of the key challenges is, currently there is no set way to ensure that businesses follow the governance in queue. At present, there are no fines for neglecting such guide- lines. The burden of E-waste advances itself every year, and with lack of applicable prosecution this will develop into a disastrous global disturbance. 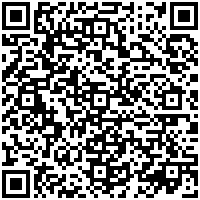