The separation of aromatic hydrocarbons (like benzene, toluene, ethyl benzene and xylenes) and aliphatic hydrocarbon mixtures, done conventionally by liquid extraction, extractive distillation azeatrapie distillation. Even though these processes are capable of separations that range from 20 to 90 wPlo, they are unsuitable for the oil production industry requirements of <5 ppm. Ionic liquids have raised special interest in the last years with a number of papers supporting their potential for this separation. Nonetheless and despite their potential, separations aiming such low- aromatic concentrations are not fully covered. Thus, aiming to respond the industry challenges the use of ionic liquids on the aromatic/aliphatic separation, for the oil industry stands as a vital and highly interesting challenge.

However, due to the large number of ionic liquids feasible to be synthesized, the selection of the most suitable candidates for the proposed work must be hampered by group contribution methods, correlations or equations of state. COSMO-RS, a novel quantum chemical approach to describe the chemical potential in the liquid phase, has become a frequently used alternative to force field-based molecular simulation methods or group contribution methods. The COSMO-RS model is the most progressive kind of a dielectric model where molecules are placed in a conductor as the reference state. Through its unique combination of a quantum chemical treatment of solutes and solvents, with an efficient statistical thermodynamics procedure for the molecular surface interactions, a efficient calculation of phase equilibrium and other thermodynamic properties are achievable, Thus, to screen the most suitable ionize liquids, COSMO-RS was used to predict the Illaromaticlaliptwtic system partition coefficient and selectivity. The set of ionic liquids with the highest potential were than evaluated experimentally, at 303 K. The results obtained are here discussed in terms of ionic liquid cation/anion family, partition coefficient and selectivity.

Mrs Tafat-Igoudjilene Ouahiba is a professor in chemistry at the university of science and technology Houari Boumedienne (Algies , Algeria) she is a teacher since 1982 in chemistry §he has published 10 paper§ in reputed journals (in thermodynamic) and She has pafiicipated in several international conferences in chemistry. 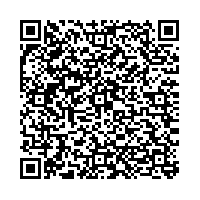