Background: Alzheimer’s disease (AD) is a progressive neurodegenerative disorder and heterogeneous mental illness, which is characterized by an age dependent loss of memory and an impairment of multiple cognitive functions. One of the factors that play an effective role in pathogenesis of Alzheimer’s disease and memory impairment is oxidative stress. Oxidative stress occurs because of an imbalance in the oxidant and antioxidant levels. In AD brain, the levels of the antioxidants were found to be decreased, Preventive antioxidants such as catalase; MDA and SOD enzymes have also been shown to be essential for neural survival and neuronal protection against oxidative damages. Injected intracerebroventricularly (i.c.v), STZ can produce oxidative stress in the brain and cognitive impairment that probably cause sporadic Alzheimer’s disease. Progesterone has potential from neurogenesis to memory improvement by reduce oxidative stress. Beside the observation that PROG and its metabolites exert functions relevant for the physiology of the CNS; they are also protective agents in the CNS. The present study was undertaken to assess the potential Progesterone as Alzheimer’s disease via the mechanisms of reduction of free radical. Material and method: 48 male rats after cannulating, randomly divided into 8 groups (n=8) including: 1. Control group 2. Shame group (sesame oil). 3. Groups of Alzheimer's disease (recipient of streptozotocin (3mg / kg)) 4-6. STZ plus progestrone (2, 1.5, 0.5μg / kg). All groups except the control were cannulated bilaterally ventricular area by stereotaxic device. Alzheimer's model was induced by intracerebroventricularly injection of streptozotocin (3mg/kg). After Indus Alzheimer Progesterone injected through the cannula and control groups received sesame oil. Characteristic of learning and spatial memory was assessed using Morris Water Maze for 5 consecutive days. At the end, the level of FRAP were measured in rat’s blood. Results: Administration progesterone significantly improved spatial memory in experimental models of Alzheimer's rats (P<0.001). FRAP amount in All dose of progesterone showed a significant reduction compared to the AD animals (P<0.001). Conclusion: It seems that pretreatment with progesterone by reduces oxidative stress and reduce the production of free radicals and therefore reduce the damage induced Alzheimer's disease and has the ability to prevent the impairment in the experimental models of Alzheimer's rats 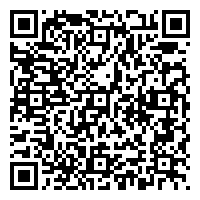