Land use and land cover (LULC) dynamics have been among the most important visible changes that have taken place everywhere in the Ethiopian landscape. Such changes are severely affecting ecosystem health including degradation of nature reserves and wild animal sanctuaries. One such nature reserve in Ethiopia is the Abijata-Shala National Park (ASNP). A digital LULC detection technique was applied by using multi-temporal satellite imagery interpretation in order to understand the landscape dynamics in the ASNP. In order to assess the state of the environment over time, four timelines associated with biodiversity loss were considered: 1973, 1994, 2000 and 2016. Supervised classifications in ERDAS imagine 2014 software and post-classification in Arc GIS software was performed. The image was classified into five major land use classes namely water bodies, grazing land, cultivated land, Acacia dominated wood land and bare land. It was observed that water bodies decreased in the first period (1973-1994) and increase in the second period (1994-2000) but fallen drastically afterwards in the third period (2000-2016). This is a pattern opposite to what we see in the cultivated land. The overall trend shows that grazing and cultivated land increase by 14% and 15% respectively while, the water bodies decreased by about 16%. The reduction of woodlands and water bodies means loss of habitat for large number of aquatic and terrestrial species of animals including endemic and migratory birds. Bare land trend shows that decrease by 1.02% in first period, increase by 0.56% in second period and decrease in third period by 4.17%. We conclude that in the park there is substantial change in LULC which could affect the biodiversity of the park. 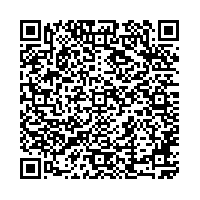