This paper presents progress of vulture conservation towards Aichi Targets 1, 8, 12, 14 and 20 through the conservation of critically endangered vultures in India. Under this conservation programme, a range of initiatives are being undertaken to protect vultures and their habitats including: using vultures as a flagship species to educate and promote awareness of the value (both intrinsic and to humans) of biodiversity (Target 1); profiling the vital role of vultures in nutrient cycling and pollution control (Target 8); conservation of vulture species in imminent danger of extinction (Target 12); safeguarding critical ecosystem services provided by healthy vulture populations (Target 14); and working with corporates, specifically Rio Tinto, to develop and implement the business case for supporting vulture conservation (Target 20). Vultures are critical part of the food chain in various ecosystems. By removing dead meat, they maintain a balanced ecosystem and prevent the spread of diseases. The dramatic crash in the Indian vulture populations is directly linked to animal husbandry practices, namely the use of the pain killer, diclophenac to treat cattle. Today almost 99% of the vulture populations in India have disappeared. Conservative estimates show that stray dog numbers have increased by 7 million between 1992 and 2003 despite sterilisation programmes in India. During this same period, vulture numbers declined from 10 million down to 0.1 million. From 1982-1987, when vulture populations were relatively stable, so was the population of stray dogs. A calculation of the available food freed up by the vulture decline is consistent with the amount of food required by approximately 7 million dogs. In the last four years, it is recorded that diclophenac selling reduced from 49% to 25% because of awareness meetings. The vulture population is also reported by Government of Madhya Pradesh stabilised in last two decades.

Note: This work was partially presented at 5th Edition of EuroSciCon Conference on Environmental Science and Engineering Expert scheduled during October 29-30, 2018 Budapest, Hungary 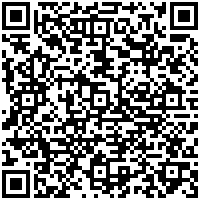