Groundwater Pollution Contamination Caused By the Presence of Fluoride and Nitrate in the Water of Manesar, GURGAON, Haryana, India: A Case Study

It is impossible to survive without water .Around 80 percent of the worlds waste water is dumped directly in the groundwater which goes back to environment polluting rivers ,lakes and oceans unsafe drinking water kills more people as compared to any other epidemic .It is said that less than 1 % of earth fresh water is actually assessable to us .In the present study ,the physico chemical characteristics (Fluoride, Nitrate) of the groundwater of Manesar area of District Gurgaon, Haryana, India were assessed for its consumption for drinking purposes. A total of 30 samples were taken from near about 12 sampling sites all the samples were from borewells, tubewells. Water samples were tested in lab for the following physciochemical parameters like (TDS) Total Dissolved Solids, (EC) (Electrical conductivity, Fluoride, Nitrate. The results were compared with the Standards prescribed by (WHO) and Bureau of Indian Standards (BIS). Standard deviation and Standard Error calculation is also being done on the sample concentration of Fluoride and Nitrate. (EC) Electrical conductivity in all samples was found above 400 u/cm and (TDS) value in all samples was found above 500 mg/l. Fluoride concentration found in few village samples of Manesar area is found to be above 1.5 mg/l (limit prescribed by WHO. Where-as some of the other villages like have fluoride concentration in their groundwater samples with in limit prescribed by WHO (1.5mg/l). Nitrate concentration found in the ground water samples some of the village found to be above (45 mg/l) (limit prescribed by WHO) whereas in groundwater samples of few village samples were found to be having nitrate concentration between 40 to 45 mg/l (limit prescribed by WHO). It is advised to community to use ground water only after properly treating it to avoid getting affected by Diseases caused by the contamination of Drinking water. 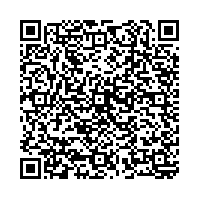