Global warming has impacted the overall agro-environment and hydrological system of the high Asia. The glacial environment of Himalayan region is facing the spontaneous effects of climate change in the forms of changing glacier behaviour, creation of new lakes and expansion in the previously existed ones and increase in frequency of extreme flood/ drought hazards. The region forms the single most concentrated source of runoff for the whole Indus basin irrigation system as it supplies approximately 80% flows to the Indus River during summer and contributes more than 50% to the total annual runoff in the Indus River system in Pakistan. In the present study, a stepwise holistic approach has been adopted to investigate climate change variability, implications and risk involved in the glacial environment of Himalayan region in Pakistan using multi-sensor remote sensing data complemented by field observations. Temporal analysis of mean maximum temperature data of two decades (1990-2009) indicates an increase in the seasonal (summer and winter) temperatures in the valleys (below 3,500 m) whereas decreases over high mountainous regions. Over 95% of the glaciers in HKH were categorized in the less than 10 km2 area class. Minimum number of large sized glaciers (>100 km2 area) were identified in the Hindu Kush and Himalaya ranges likely due to lower altitudinal coverage and higher glacial ice melting than Karakoram range. The sudden increase in the frequency of floods in recent years demanded a pressing need of investigating the prevailing situation of the glacial lakes in the country. Overall increase of about 26% in the lakes number and 7% in the lakes area had been observed during 2001-2013 period. The glacier-fed lakes like supraglacial and end-moraine dammed, contribute significantly in changing the lakes number and area. These lakes might have been formed or expanded due to faster rate of ice and snow melting under increased warming conditions in the recent decades. A thorough investigation of the critical expanding lakes is necessary keeping in view reducing high risk of any future flood disaster in the HKH region. An effective long-term program for monitoring glacial ecosystem and associated hazards is essential to manage high risk of climate change implications in the Himalayan cryosphere. 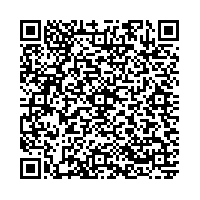