Evidence of local warming based on satellite observations and models

This presentation address two simple questions: The first question is: does the air temperature really increase on average in a specific city? The second question is: does the annual pattern of the temperature increase over time at a specific city (for example, do cold day get colder and hot days get hotter)? The two questions are answered using freely database constructed using satellite observations and models, ad made available publicly by National Aeronautics and Space Administration (NASA). The specific city analyzed here is Al Buraimi, located in the Sultanate of Oman, located in Southwest of the Arabian Peninsula, about 80 km from the Gulf of Oman. The raw data is analyzed statistically using linear regression, ANOVA test for the linear regression model, t-test of significance for the linear regression model, F-test two-sample for variances, and t-test for means, two-sample assuming equal variances (pooled version of the t-test for two independent groups). The results show that the increase of mean air temperature was statistically significance, giving evidence of (local) warming based on analyzing historical data over 39 years. On the other hand, the pattern of the air temperature does not seem to be altering over time, with the range of air temperature (maximum ??? minimum) is not showing a reliable decline or growth over time. Although the results are for a specific geographic location, the method is generic and can be applied to other locations. Such analysis not only help verifying whether of not a city is subject to a local climate change by getting hotter, but also to estimate an annual heating rate, which can be compared to global average. 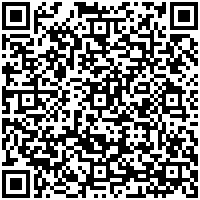