Evaluation of Algae Removal Technologies and Suggestion for Field Application

While various algae removal technologies have been developed, it is still difficult to choose an appropriate method for a given onsite condition, such as the period of the onset and the extent of algal bloom. In Republic of Korea, domestically developed technologies were categorized into physical, chemical, biological, and convergent controls. It was found that 32.2% of the domestic technologies employed physical controls, such as water circulation etc., and 25.0% utilized chemical controls such as coagulants etc. Biological methods, including the use of microbial culture, zooplankton (using grazing systems) and wetland, accounted for 21.4%. Also, most of these algal removal technologies were designed for âAttentionâ and âWarningâ stage, while only 21.4% were deemed applicable to âMass occurrenceâ stage. In conclusion, it was found that the frequency of choosing a removal technology was evenly distributed in the early and preventive phase of algal bloom, while chemical removal was the most popular choice in cases of significant algal bloom. 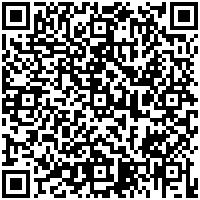