Dynamics of Land Use Change in Rural-Urban Fringe: A Case Study of Srinagar City

The land use/land cover (LULC) pattern of a region is an outcome of natural and socio-economic factors and their utilization by man in time and space. Land is one of the most important natural resource and is becoming scarce due to immense anthropogenic pressure. Land use plays a vital role in the earth system: it links human decision making to the terrestrial environment and is both driver and target of global environmental change. However, decisions about how much land to use where and for what purpose and the related consequences are still poorly understood. This deficit is in contrast to the fundamental need for future LULC change analysis to answer pressing questions of future food security, biodiversity and climate mitigation and adaptation. The LULC analysis carried out for the study area reveals that the land transformation has primarily been on account of increasing demands of the main city. The city of Srinagar has not only experienced a simple areal sprawl over the period of last forty years but there have been alarming land transformations among various land use classes. Continuous shift of land from non-developed natural categories to the developed land use is usual affair of urban sprawl but Srinagar City is also characterized by severe land transformations which are in response to the demands of the main City. The rate of transformation has been slow during the first half of the twentieth century but alarming after 1950’s and has now become assumed threatening proportions. 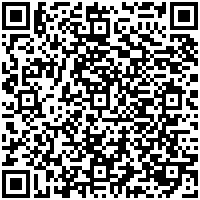