Comparative Study of the Physico-Chemical Quality of Water from Wells, Boreholes and Rivers Consumed in the Commune of Pelengana of the Region of Segou in Mali

The aim of this study is the assessment of physical and chemical characteristics of different commonly used water sources, including wells, boreholes and river in the locality of Pelengana commune, in Mali. Thirty samples of water were collected and the following physical and chemical parameters was measured: temperature; electrical conductivity; pH; nitrate; nitrite; fluoride; chloride; ammonium and Zinc. The mean values of the different measured samples were compared with the World Health Organization (WHO) Guideline Values (GVs) for drinking water quality. One-way analysis of variance (ANOVA) and the DUNCAN’s multiple comparison test for significant differences, including Principal Component Analysis (PCA) was also applied to all the measured parameters. The results showed that pH, ranging from 6.028 ± 0.64 to 6.58 ± 0.30 for both wells’ water and borehole waters indicate a measure of acidity. With respect to chemical parameters, zinc ions were higher than the WHO GV in all water sources as well as ammonium ions in rivers’ water. Based on the analyzed parameters, quality of these different water sources is chemically acceptable. 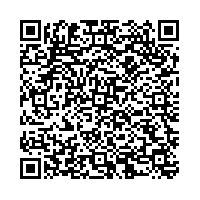