Fish are a reliable biological model to measure the environmental impact of different substances. Argentina is an agricultural producer country with its main crops being grains such as soybeans, wheat and corn; To increase the yield of the crops a large amount of herbicides are used. Among these the most used has been glyphosate, but others such as 2,4D and triazine are also used. There are different biomarkers in fish used to evaluate the toxicity of different substances, among them hepatic enzymes (GPT and GOT), muscle enzymes (AchE) as well as cell morphology (red blood cells) are the most used. We carried in this work a chronic toxicity study exposing to sublethal doses of the herbicides to young species of Cyprius carpio for a period of 21 days. Next we measure different biomarkers such as liver enzymes, muscle and cell morphology (red blood cells). The results obtained showed that the three herbicides cause alterations in the values of the liver enzymes. Atrazine also affects the levels of acetylcholinesterase, whereas atrazine and glyphosate produce alterations in the morphology of red blood cells. 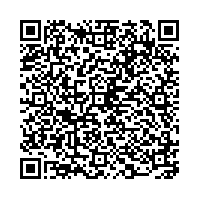