The reaction mechanism of ceftazidime (CFD) with trypsin (TRP) was investigated using fluorescence spectroscopy and synchronous fluorescence spectroscopy at different temperatures (298, K 303 K and 310 K). The results showed that electrostatic force played a major role on the conjugation reaction between TRP and CFD, and the type of quenching was static quenching. The binding constants obtained using the above methods were of the same order of magnitude and very similar. Static electric forces played a key role in the interaction between CFD and TRP, and the number of binding sites in the interaction was close to 1. The donor-to-acceptor distance r<7 nm indicated that the static fluorescence quenching of TRP by CFD was also a non-radiation energy transfer process. The results of two methods were consistent that showed the synchronous fluorescence spectroscopy could be used to study the reaction mechanism between drug and protein, and was a useful supplement to the conventional fluorescence quenching method. 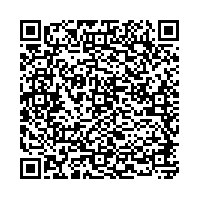