Pollution is defined as the introduction and presence of foreign, non-naturally occurring matter in the environment with detrimental effects on the environment. Pollution can occur on land, where it is usually referred to as littering, in the air or in water bodies. Water pollution is unarguably one of the most serious issues affecting society today. This is especially so in the case of impoverished Third World communities. Water is required for various purposes, from drinking and cooking to crop irrigation. Nor is this problem confined to rural communities; urban centers are also adversely affected by this issue. The floods that regularly affect even a large relatively well-developed city like Jakarta demonstrate vividly just how serious a problem this can be. Compounding this problem is that anthropogenic water pollution is almost always a result of human economic activity. This has frequently resulted in conflicts between environmentalist groups, who demand costly pollution control laws and measures, including punitive action such as stiff fines and even loss of business permits, and the affected industries, who often complain the measures demanded by the environmentalists are too draconian and would adversely affect their economic competitiveness and ability to provide goods and services to the public at reasonable affordable costs. But what if there are ways where water pollution control and economic activity can go hand in hand? This report examines the possibility of how bioremediation be used to control water pollution while being a profitable, job creating economic activity 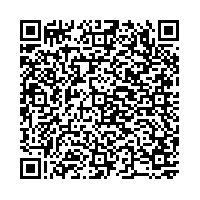