In Central East Africa (CEAF) and Africa, Precipitation plays a vital role by controlling agriculture production because of the traditional techniques used, which relies totally on rainfall. The present study aims at showing the spatial-temporal characteristics of rainfall over CEAF from 1981 to 2016. The analysis was conducted based on the CHIRPS dataset after evaluation and comparison against the observational data on around 48 synoptic stations. The spatial and temporal distribution from the empirical orthogonal function was revealed through the first EOFâ??s dominant principal components (PC1) and explained 60% of the total variance. It showed five-strong wet years (1982, 1997, 2006, 2011) and dry years (1987, 1993, 1996, 2005). The study conducted a series of trend analyses of the OND (October-December) season and interannual precipitations, which reveal slight decrease slopes during the studied 36 years. Sequential Mann-Kendall test was employed and depicted an abrupt change in the historical data during OND season, while a slight decrease trend at the interannual timescale was shown. The wavelet power spectrum (WPS) test was also employed to characterize the precipitation cycle and possible periodicity. The test revealed the years of strong signals in the region to be 1996, 1997, 1998, 2002, 2006, which concur with the PC1 results. 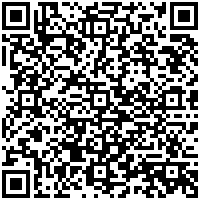