The Synergistic Efficacy of Medemia argun, Arecaceae, Seed's Ethanolic Extract to Insulin as Antidiabetic and Hepatoprotective Agent in Rats

Diabetes mellitus (DM) is an incurable metabolic disorder, with a global incidence of about 2.8%. Adverse effects of chemical drugs necessitated searching for medicinal plants as alternative therapies. Medemia argun (MA) is an ancient Egyptian palm, rich in proanthocyani-dins (PACs), which are essential constituent of human diet. It was highly valued in ancient Egypt, although the reason for that necessitates further study.

Diabetes mellitus (DM), belongs to metabolic diseases, where the principal symptom of the disease is persistently elevated sugar levels in the blood. It can be classified into two main types, I and II. Diabetic complications possess possible blindness, amputation of the lower limb, renal failure and cardiac arrest (stroke). In developed countries, about 87% to 91% of the diagnosed diabetic people belong to type II diabetes, 7%to 12% have type I diabetes, whiles 1% to 3% to have other types of the disease [1]. Due to the side effects of conventional medicine, many physicians prescribe natural products as an alternative to conventional treatment for the treatment of various diseases, including diabetes [2]. Many herbals have been proved for their potential to protect against hepatotoxicity in many disciplines [3, 4].

Medemia argun (MA) is an ancient palm rich in proanthocyanidins (PACs). These polyphenolic compounds are widely distributed in plants and are an integral part of the human diet [5]. Little studies were published about MA, it is a fan palm, grows at the Nubian Desert Oases of South Egypt and North of Sudan. The fruit has been found in the tombs from the 5th Dynasty (2500 BC) and Roman times (6–7th century AD), especially inside the tomb of Tut Ankh Ammon [6]. The PAC derived from MA nuts is an efficient protector against oxidative/nitrative stress associated with many ailments [5].

The presence of PACs with efficient antioxidant activity may underline the usefulness of argun nuts during ancient times and may explore the potential use of this fruit as a novel rich source of hydrolyzable PACs containing afzelechin, catechin, and gallocatechin [5].

In this study, we tested the possible synergistic potential of MA seed ethanolic extract against experimental type I diabetes, induced by alloxan, as well as, the therapeutic value of the extract on some liver functions, which was documented by histological examination of the liver tissue, whether used alone or as an adjuvant to insulin.

The seeds of Medemia argun, Arecaceae (Palmae) were separated from their fruits, put in a dry and clean place for 5 days, crushed into small particles by a grinder. The particles of the powdered seeds were kept for 2 days in conical flask containing 70% ethanol. The mouth of the conical flask was covered with aluminum foil and kept in a shaker for 24 hrs. for continuous agitation at 150 rev/min for thorough mixing and also complete elucidation of active materials to dissolve in the respective solvent. Then, extract was filtered by using filter paper. The solvent from the extract was removed by using rotary vacuum evaporator with the water bath temperature of 45 ºC. Finally, the crude extract were collected in petri dishes, kept in a dry and clean place for 2 days. Then crude extract was ready to use for the experiment by dispensing in sterile normal saline for intraperitoneal[7, 8].

The procedures of the experiment followed International Standards of Animal Ethics for Animal Care and Use. Thirty adult male Wistar albino rats weighing100-120 g were randomly allocated for the study. The animals were housed in polyethylene cages in a moderately humid room under a controlled 12 hours light/dark cycle and left under constant environmental and nutritional conditions with free access to standard food and water ad libitum. Animals were kept 2 weeks for acclimatization before starting the experiment, then, randomly classified into 5 groups, as per Table 1. DM was confirmed 1 week after alloxan injection by measuring blood glucose levels; only animals with blood glucose more than 200 mg/dl were considered diabetic[9]. The treatment continued for one week, then, animals were sacrificed. The setting of the experiment was in the animal house of Faculty of Medicine, Zagazig University, Egypt.

At the end of the experiment, rats were sacrificed. Blood samples were obtained directly after the decapitation of animals, centrifuged at 2500 rpm for 10 min after standing for 45 minutes at 4ºC. The obtained sera were kept at -80ºC right biochemical investigations.

Fixation and tissue processing: Formalin preserved hepatic tissues were processed in an automated tissue processor. The process consisted of an initial 2 steps fixation and dehydration. Fixation comprising tissue immersion in 10% buffered formalin solution for 48 hours, followed by removal of fixative in distilled water for 30 minutes. Dehydration was then carried out by running the tissues through a graded series of alcohol (70%, 90%, and 100%). The tissue was initially exposed to 70% alcohol for 120 minutes, followed by 90% alcohol for 90 minutes and then two cycles of absolute alcohol, each for one hour. Dehydration was then followed by clearing the samples in several changes of xylene. It consisted of tissue immersion for an hour in a mixture comprising 50% alcohol and 50% xylene, followed by pure xylene for one and a half hours. Samples were then impregnated with molten paraffin wax, then embedded and blocked out. Paraffin sections (4–5 um) were stained with hematoxylin and eosin [16]. Stained sections were examined for inflammation, degenerations, necrosis, and other pathological changes.

The study revealed that, alloxan administration to rats, induced diabetes mellitus (DM), within 10 days, manifested by a significant increase in random blood glucose levels. The activity of both ALT and AST were also significantly elevated. Treatment of diabetic animals with MA seed extract alone, could keep these parameters near normalcy. Induction of DM didn’t significantly change both albumin and total bilirubin, nor, MA action was also significant. Insulin treatment of diabetic rats significantly restored RBS, ALT, AST activities, albumin and total bilirubin values, compared to diabetic ones. Co treatment of MA with insulin for diabetic rats significantly lowered RBS than insulin alone, although didn’t add a value to insulin on other parameters (Table 2).

Figure 1: It shows histopathologic findings among studied groups (all were stained with H&E):

The words “Diabetes” denotes “a passer through a siphon” while “Mellitus” means “sweet”, both are derived from the Greek words. It is believed that Greeks used these terms in such a way, due to the extensive urine excretions produced by diabetic patients that attracted some insects [17, 18]. It is caused by deficiency or ineffectiveness of insulin, resulting in an increase in glucose levels in the blood. It leads to damage of many body systems, particularly blood vessels, eyes, kidney, heart and nerves[19]. DM has been classified into two common types i.e. insulin dependent diabetes mellitus (IDDM, Type I) and non-insulin dependent diabetes mellitus (NIDDM, Type II). Type I diabetes is believed to be an autoimmune disease characterized by a local inflammatory reaction in and around islets that is followed by the destruction of B cells, whereas Type II diabetes is characterized by peripheral insulin resistance and impaired insulin secretion[20]. In the present work, alloxan induced DM in the treated rats, this is well known reported model[21]. It also significantly up regulated enzyme activities of ALT and AST, without significant effect on both serum albumin and total bilirubin. This action was registered before as well [22]. It showed moderate inflammatory infiltration in the portal area with predominance of eosinophil and neutrophil infiltrations in the portal triads of liver tissue. This tissue change was also noticed before by other researchers, who reported a hepatic sinusoidal enlargement, macrovesicular hepatocyte fatty degeneration along with structure loss, steatohepatitis, and peri-portal fibrosis [22].

In this study, treatment with MA for diabetic rats significantly lowered blood glucose levels. This extract wasn’t reported to have anti diabetic activity up to our knowledge, but, the main component of the extract, PACs, was reported to lower blood glucose levels significantly, which is in agreement with our results[23].MA treatment also, significantly down regulated liver enzyme activity of both ALT and AST. PACs were reported to have the same effect [24]. The same authors also published in the same work a prominent hepatoprotective efficacy of PACs on liver tissue morphology. Insulin therapy, significantly lowered blood glucose, liver ALT and AST activities and albumin and total bilirubin in diabetic rats. Similarly, it was reported that insulin significantly lowered liver ALT and AST activities in diabetic rats[25]. It also showed mild to moderate congestion of the hepatic and portal blood vessels, lymphatic dilatation, mild cholangitis and degenerative changes, meaning that it failed to restore alloxan-induced liver tissue changes [26]. The addition of MA extract to insulin, significantly improved the insulin effect on blood sugar, although this short treatment period didn’t significantly change insulin effect on liver functions of the diabetic group. The effect of PACs, combined with insulin was reported elsewhere to have better insulinomimic activity on insulin-sensitive cell line [27] and on diabetic mice, through improving insulin sensitivity [28].

The combination of insulin and MA extract rendered normal hepatic parenchyma and preserved hepatic cords, portal triad structures, sinusoids, Von-Kupffer cells and stroma in diabetic rats. Diabetes mellitus has many complications on the liver and other vital tissues. The addition of MA seed extract, which is rich in PACs, can potentiate the insulin-like response among diabetic subjects, through the restoration of blood sugar and maintaining liver enzyme activities. The addition of MA also keeps better liver tissue architecture and minimizes inflammatory response due to DM. 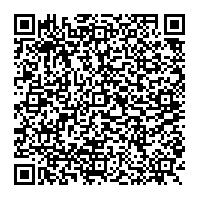