In this work, nickel ion was added to a phosphate solution in various amounts (0, 3, 5, 7, 10, 15 g/L). After applying phosphate coating as primer, epoxy coating using electrostatic spray was applied on the substrate. The scanning electron microscopy (SEM) images of the surface of the samples show that the coatings formed in the phosphate bath containing 5 g/L of nickel are more uniform and have smaller porosity. While the coatings formed in the electrolyte without nickel ion have a coarse structure with larger porosities. The results of adhesion test also show that adhesion strength for samples formed in a bath containing 5 g/L is higher than others.

Metals are always subject to the corrosion, therefore protecting metals against corrosion is economically important. Aluminum and its alloys are widely used because of their low density and good mechanical properties for various applications such as aerospace, automobile, etc. [1]. Aluminum is destroyed due to corrosion reactions due to the destruction of oxide layer over time. Based on the reported researches there is a direct relation between corrosion resistance of coating and its adhesion strength. To prevent the destruction of the oxide layer, application of the coating is important. Many coatings, such as chromate coatings, are being replaced with newly-created environmentally friendly coatings because of environmental issues [2,3]. Conversion layers also make it possible to modify the substrate by creating a surface with better adhesion, free of contamination, and even a coating or layer that can contain inhibitor materials. The resulting oxide layer, although in a complex structure, provides a solid bond with the substrate and provides a combination of properties such as high abrasion resistance with low energy consumption [2]. Zinc phosphate conversion coating (ZPCC) is one of the most attractive methods of creating chemical conversion coating (CCC). Because of some properties such as low cost, the impact of friendly-environment and simplicity operation, it has been typically used as a primer coating on steel and aluminum alloys as a replacement for chromate conversion coatings [3]. According to the presuppositions it is expected that nickel ion in the phosphate bath have a positive impact on the properties of the formed coating. Results show that by phosphate surface treatment, adhesion strength increases.

Materials and preparation of the substrate

Aluminum samples in dimension of 1 × 50 × 60 mm3 were prepared, surface treatment began using sandpapers 800, 1500 and 2000, then samples were degreased in acetone and washed with distilled water and dried in air prior to phosphate process.

According to Table 1, five types of phosphated solution containing five different concentrations of nickel ion (3, 5, 7, 10, 12 g/L) along with a phosphated solution without nickel ion have been prepared, aluminum samples after degreasing and acid washing were immersed in a solution with temperature of 90°C and pH of almost 3 for 30 minutes. Finally, samples were washed with distilled water, dried with wind and at the end to do more operations were put in the desiccator.

After surface modification by phosphate, in order to apply the epoxy powder coating on the aluminum substrate, a high-voltage DC Gun device (IRS Model-Iran) was used to spray electrostatic powder. The voltage of 100 kV was used and the distance between the nozzle and the substrate was 0.25 m. Using Gann, after the powders were charged, directly attached to a substrate, at the end samples were kept in oven at 190°C for 12 minutes to complete the bake. For better comparison and perception of effect of phosphate improvement, epoxy coating was applied on a non-modified aluminum substrate were also used without improved.

Scanning electron microscope (Philips XL-30) was used to investigate the surface morphology of the samples prepared by the phosphate bath and the cross-section micrographs of the duplex coatings.

To evaluate the epoxy coating adhesion strength and the effect of phosphate pretreatment, adhesion test based on pull-off technique according to ASTM D4541-02 was performed for three times and the mean of measurements was reported. To perform this test, pull stub with a diameter of 30 mm was prepared and stuck to the coating specimens using a suitable adhesive (3M, Scotch-weld, Epoxy Adhesive DP-460, Off-white), then tension machine (HOUNSFIELD, H50KS) was acted for picking up and peeling stub as far as the coating is peeled. Tension force at which the coating is peeled off is reported as the pull-off adhesion strength.

Figure 2 shows the result of adhesion test. Based on the figure it is clear that adhesion strength for epoxy coating applied on the phosphate coating containing 5 g/L nickel ion is more than others. In fact adhesion resistance is considered as a key parameter in achieving the desired performance in adhesion strength [5]. It can be stated that surface structure for 5 g/L is finer and also its porosities has distributed uniformly. In the result of mentioned structure, epoxy coating will fill all fine porosities [6]. As a result, a mechanical interlock between the coating and the substrate will be obtained and this prevents penetration of the corrosive solution into the interface of epoxy coating/substrate [7].

It was shown that applying phosphate conversion coating on the surface of aluminum substrate for preparing the surface for epoxy coating increases the properties of duplex coatings (phosphated+epoxy). This can be attributed to the sealing of porosities and defects exist in phosphate coating using epoxy coating which effectively prevents the reaching electrolyte to the epoxy coating/substrate interface. Also it is seen that adding various amounts of nickel ion to the phosphating bath changes the morphology of obtained phosphated coating, which leads to a change in the adhesion properties of epoxy coating. 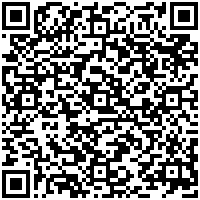