Thin films perovskite Barium Strontium Titanate Ba (1-x) SrxTiO3 (BST) for x=0.1; 0.2 and 0.3 structure type is a hopeful microelectronic devices that can be structured with semiconductor technology. In this research different composition these thin films prepared using sol-gel process. The perovskite structure of these materials can be obtained by controlling the substrate temperature. The samples were annealed at 700°C for 1 h in air. Microstructure and dielectric properties studies show that Sr improve as the compositions increase. All the films have a grain size in nanometers. The average grain size and cross-section of the film increases due to an increase in the composition Sr. The values of the dielectric constant of the film is also increased due to an increase in average grain size. The results showed the microstructure and dielectric properties depending on the composition.

Researchers recently pay attentin to thin ferroelectric layer because there is a possibility to use it in a variety of integrated devices [1]. A number of researchers have focused their attention on the thin BST layer since 1990s [2]. It is known that BST depends on the concentration of x. BST paraelectric value x ≤ 0.75 and has properties with a cubic crystal structure. Meanwhile, if the value of x is ≥ 0.75, BST will have properties of ferroelectrics with tetragonal crystal structure. When SrTiO3 is added to BaTiO3, Sr2+ ion will replace Ba2+ ion. As a result, the Curie temperature shifts to lower temperatures. Ba TiO3 Curie temperature decreases in proportion to the number of Sr ion that replaces Ba [3]. The replacement of Ba2+ ion by Sr2+ ion can alter its electrical properties and it can also be used to control the dielectric constant value by adjusting the composition of the solution of solids material [2].

The grain size and properties dielectric of BST depending on material composition, temperature anneal and rules sediment. For example, experiments indicate where in the case of lime Ba0.6Sr0.4TiO3 film has been made using the RF-magnetron sputtering shade then plated at 450°C, 500°C, 550°C, 600°C and 700°C for 10 min in O2, the mean grain size is measured is between 12 and constant 60 nm and dielectric is between 120 and 600 [4]. Ezhilvalavan and Tseng [5] reported the various electrical data comparison rule manufacture. They examined the effect of the state of the dielectric constant annealing, rule processing and film composition. Lime film at room temperature with a composition Ba0.5Sr0.5TiO3 has the values and high dielectric constant. Instead of observation at a temperature of 600°C dielectric 348-758 quest rise if increased grain size 32 nm to 82 nm. At a temperature of 750°C (Ba0.75Sr0.25) TiO3 and materials TiO3 (Ba0.5Sr0.5), the structure of the film was changed from granular to columnar to raise the temperature of the substrate and was columnar [5]. Horikawa et al. [6] get results thin films of Ba0.65Sr0.35TiO3 be made by sputtering method at substrate temperatures of 500 to 700°C have the dielectric constant from 190 to 700 at room temperature.

In this paper, BST for (x=0.1; 0.2 and 0.3) thin films made by sol-gel method. BST samples at annealing at 700 for 60 min. The effect of differences in the composition of the material on the microstructure and dielectric constant is then analyzed.

Barium carbonat (BaCO3), strontium carbonat (SrCO3) and titanium (IV) isopropoxide, 99.999% (Ti (OCHCH3)2)4 is used as a precursor material for review make lime BST film. First step barium carbonate (0.9; 0.8 and 0.7 mol) and strontium acetate (0.1 mol, 0.2 mol and 0.3 mol) acetic acid has been dissolved hearts the sample contains 20 vol% instead of de-ionized air on temperature booth. Decisions obtained clear and transparent. Titanium (IV) isopropoxide again plus hearts settlement initials. To settlement stabilize, during mixing some point acetylacetone has been added showed to the pioneer settlement, on temperature booth, solution which was limited transparent and yellowish. Use of 3500 rpm spin coating for 30s, settlement that moved into lime hearts BST films [7]. The substrate used is a glass substrate. Vaporized solvent, dried films all in 150°C in air and for a review burning organic material, then heated at that film 350°C temperatures in the air. The singer process is repeated several times so that the thickness obtained what is desired. Lastly, the film has been gilded obscure at 700°C in air. All annealing process has been carried out for 60 min.

Characterization of dielectric properties, the structures were fabricated. The lower and upper layer using Al deposited at 500°C on a glass by dip coating. A hard mask was placed over the substrates and the BST deposited by sol-gel process. The capacitor structure is shown in Figure 1.

The grain sizes and thicknesses of the films were measured using model LEO VPSEM 1450. Dielectric properties of the films were studied using spectroscopy impedance model 1255 Solartron-Schlumberger. From the measurement data findings, the real Z' and imaginary Z'' impedance values is obtained. The Complex Impedance Z* is the ratio between the voltage and the currents like in the equation (1) below [8]:

By taking into account the thickness of d and width of the surface area of A, value of the dielectric constant can be calculated using following equation (3).

Microstructures of BST films for x=0.3; 0.2 and 0.1 shown in the Figure 2 (A, B and C). The grain sizes became fairly uniform with clear grain boundaries as the Sr increases. The grain size of BST for x=0.3; 0.2 and 0.1 are 263.15 nm, 238.09 nm and 208.83 nm, respectively. During the annealing process, diffusion of atoms through micro structure takes place. The diffusion is due to chemical potential gradients (the atoms moves from the area of high chemical potential to lower chemical potential) resulting in the growth of grain of the new phase. There are 2 conditions that can hinder the process of grain growth during the annealing process that is either the availability of dissolved ions or administration of doping and fine particles of the second phase. If a dopan is added to a material, the ion will then tend to be attached to the grain boundaries. The alteration of dopan concentration at grain boundaries will hinder movement of the grain boundaries when grain boundary tries to move [9].

Measurements using SEM showed increased grain size, film thickness also increased. These results are the same as those carried out by Ezhivalavan and Tseng [5]. Figure 3 shows a cross-sectional morphology of Ba0,7Sr0,3TiO3, Ba0,8Sr0,2TiO3 and Ba0,9Sr0,1TiO3 films. This film resulted in a film thickness of about 97.69 nm, 44.72 nm and 15.79 nm, respectively. 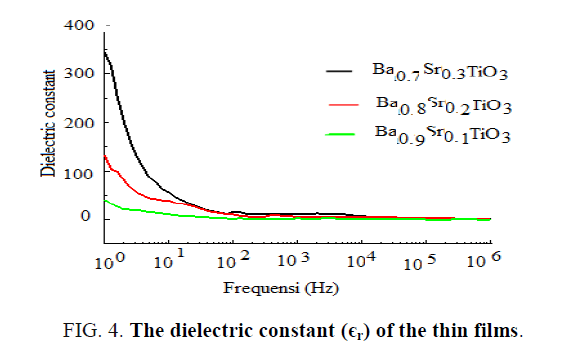 Figure 4: The dielectric constant (?r) of the thin films.

Chen et al. reported fabrication Ba0.6Sr0.4TiO3 on Pt/Ti/SiO2/Si substrates (with 250 to 650 nm thickness) exhibited dielectric constants between 200 to 1500 at 1 kHz [5]. Liu et al. (2002) also gained fabrication of 354 nm BST exhibited dielectric constants between of 320 to 425 at 10 kHz [10]. BST film properties are influenced by the composition, stoichiometry, microstructure, film thickness, electrode used and the homogeneity. Very small grain size greatly affect the dielectric properties for application as capacitor DRAM [5,6,14,15]. The influence of grain size and thickness of the film affect the value of the constant dielectric. From these results obtained dielectric constant increased when the grain size and thickness increased. 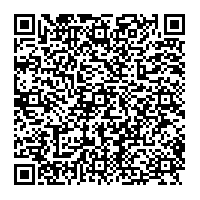