Status of Antioxidative System in Maize Leaves Exposed To Peg-6000

Antioxidative responses in Zea mays leaves subjected to different osmotic potentials induced by PEG 6000 were investigated. Drought stress significantly enhanced the Malondialdehyde (MDA) content in leaf segments obtained from light grown maize plants. The H2O2 content decreased gradually with increasing concentration of PEG 6000, while there was a marked augmentation in catalase activity involved in decomposition of H2O2 . Guaiacol peroxidase and Superoxide Dismutase (SOD) activities also increased prominently by PEG induced drought stress. Ascorbate Peroxidase (APX) and Glutathione Reductase (GR) activities enhanced in a concentration dependent manner with the increased supplementation of PEG. Further, higher total ascorbate content and lower glutathione content was detected in leaf tissue exposed to PEG. It is suggested that in order to overcome the oxidative stress generated by the supply of PEG-6000, level of antioxidant ascorbate increased along with antioxidative enzymes, SOD, catalase and Gu-POX in light grown leaf segments. Further, increased activities of APX and GR indicate operation of ascorbate - glutathione cycle at high rates under the conditions of water deficit.

Drought stress is one of the most drastic and multidimensional abiotic stresses which impairs the normal plant growth, physiological processes and the yield of agricultural crops [1]. Drought stress hampers the normal plant functioning and lead to retarded development and plant vigour [2]. The primary symptoms of this stress includes the fluctuations in water relations (osmotic adjustments), photosynthetic apparatus, protein denaturation and the altered enzyme activities [3,4]. Under drought stress, the perturbations in plant metabolism causes imbalance in oxidative status by generation of reactive oxygen species (ROS), which includes hydrogen peroxide (H2O2), Hydroxyl Radicals (•OH•) and superoxide radical (O2•−) [5]. These ROS molecules disrupt the enzyme functioning and cause damages to plant cellular structures, lipids and enzymes. However, plants are equipped with natural defense mechanisms which get activated upon the generation of ROS and thus create tolerance in plant to cope up the prevailing stress.

Polyethylene Glycol (PEG) having molecular weight of 6000 is a natural polymer that is water-soluble and nonionic. PEG 6000 is found to mimic drought stress and results in lowering of plant’s water potential due to osmotic stress [6]. Seed germination has been shown to be reduced by PEG 6000 in Durum wheat genotype and Brome grasses seeds [7,8]. Significant reduction in RNA and Relative water content in leaves and roots and a concentration dependent decline in chlorophyll content in leaves, with increasing concentration of PEG-6000 has been reported in peanut. Increased quantities of H2O2, malondialdehyde and superoxide (O2•−) contents and accelerated enzymes activities of Superoxide Dismutase (SOD), Ascorbate Peroxidase (APX) and Glutathione Reductase (GR) have been observed in maize seedlings due to PEG6000-induced drought stress [9]. Significantly higher expression of antioxidant enzyme genes and their mRNA levels has been shown in Faba bean under drought stress induced by PEG 6000 [10].

Maize is being cultivated throughout the world as an important cereal for food, feed and biofuels, but yield potential for it varies largely depending upon the geographical location. Maize crop is sensitive to climatic extremes as various abiotic stresses of drought, temperature and salinity limiting the yield by interference in physiological and morphological processes [11,12]. However, the acceleration in maize production per unit area has been largely increased in recent decade due to its increasing demand for industrial purposes [13]. In the current study, antioxidative changes in response to PEG 6000 were investigated in maize leaves to understand the tolerance of this crop under drought stress.

Sterilized seeds of Zea mays L.cv. Ganga safed-2 were raised in continuous light for 7-8 d at 25 ± 3ºC. They were watered with half strength Hoagland solution containing 5 mM ammonium nitrate. For various experiments, segments of excised primary leaves were treated with different concentrations of PEG-6000 (0-30%) for 24 h in continuous light supplied with fluorescent tubes for 24 h at 25 ± 3ºC. Treated leaf segments were thoroughly washed with distilled water prior to analysis.

Superoxide dismutase activity was assayed by using photochemical Nitroblue Tetrazolium (NBT) reduction method as described by [15]. The increase in absorbance due to formazone formation was read at 560 nm. Under the described conditions, the increase in absorbance without the enzyme extract was taken as 100% and the enzyme activity was calculated by determining the percentage inhibition per min; 50% inhibition was taken as equivalent to one unit of SOD activity.

Guaiacol peroxidase activity was measured spectrophotometrically by the method described by [17]. The initial and final absorbance was recorded at 475 nm for 2 min Enzyme activity was calculated using extinction coefficient 26.6 mM-1 cm-1. The Gu-POX activity was expressed as nmole guaiacol oxidized min-1.

Ascorbate peroxidase activity was determined spectrophotometrically by the method of [18]. The decrease in absorbance of solution was recorded at 290 nm for 3 min after starting the reaction. The enzyme activity was calculated by using an extinction coefficient of 2.8 mM-1cm-1. One unit of enzyme activity was defined as 1 nmol ascorbate oxidized min-1.

Glutathione reductase activity was assayed by the method of [19]. Decrease in absorbance was recorded at 340 nm for 10 min Enzyme activity was calculated using extinction coefficient of 6.2 mM-1 cm-1. The GR activity was expressed as 1 n mole NADPH oxidized min-1.

Total ascorbate was determined by the method of [20]. The reaction mixture absorbance was measured at 525 nm in the spectrophotometer Shimadzu UV-1800 A. The total ascorbate content was calculated with the help of standard curve prepared in the range 60-600 nmole of ASC.

Data presented in the study are average of at least four independent experiments with ± S.E. Significance of difference obtained for various treatments was tested by Student’s t test. Correlation was analyzed using Microsoft Excel X-Y scatter.

When leaf fragments prepared from light grown maize plants were floated on 10, 20 and 30% PEG solutions, the H2O2 content reduced considerably; however, decline was marginal with 5% PEG (FIG.1). On the other hand, MDA content increased progressively with increasing concentration of PEG-6000. Highly significant R squared value of 0.938 for H2O2 content (FIG. 2) and 0.993 for MDA content (FIG. 3) was obtained on correlation analysis. Treatment of the leaf tissue with varying concentration of PEG enhanced total ascorbate content in a concentration dependent manner, however, GSH content declined (FIG. 12). Highly significant R squared value 0.988 was obtained on correlation analysis between PEG-6000 and total ascorbate and it was 0.961 (FIG. 13), with GSH content (FIG. 14 and 15). Drought-induced osmotic effects by PEG 6000 amend general metabolic processes and enzymatic activities leading to an enhancement in generation of reactive oxygen species. The negative effects of PEG may be in part a consequence of oxidative damage to important molecules, resulting from the imbalance between ROS formation and antioxidant defenses. MDA, a secondary end product of free radicals induced lipid peroxidation and H2O2 contents are taken as measures of the stress- induced damage at cellular level [22]. H2O2 is a natural plant metabolite that exerts its detrimental role predominantly by generation of highly reactive hydroxyl radicals which then initiate lipid peroxidation. On the other hand, H2O2 acts as a second messenger to regulate the gene expression of some antioxidative enzymes in plant cells and a transient increase of H2O2 is observed during the early stages of oxidative stress [23]. Considerable H2O2 accumulation has been reported in Lemna minor L. exposed to short term salinity, which was accompanied by a decrease in catalase activity [24]. However, in the current study, decreased H2O2 content is found (FIG. 1) along with enhanced activities of H2O2 scavenging enzymes catalase and Gu-POX with increasing supply of osmotic agent (FIG. 3). Therefore H2O2 might have upregulated antioxidative system of Z. mays leaves under PEG stress. Higher Gu- POX activity and decline in the concentration of H2O2 under mild drought stress has been shown in rice seedlings by [25]. Contrary to this decline in CAT activity has been reported under drought stress in Oryza sativa seedlings [26]. It has also been shown that ascorbate and carotenoids are able to interact directly with ROS, preventing them from initiating lipid peroxidation [27]. However, in the present system, elevated ascorbate content, but declined carotenoids (data not shown) were noticed under osmotic stress (FIG. 5) The MDA content increased by 69% in response to 30% PEG (FIG. 1). Drought stress can either increase or decrease GSH content [28]. In the present study, decrease in GSH content with increasing osmotic stress in leaf segments may partly be attributed to decreased rate of GSH synthesis or increased rate of its degradation as suggested by [27]. SOD provides the first line of defense against the toxic effects of ROS by dismutation O2•− to H2O2and O2. Increased SOD activity observed with increasing osmotic stress in the present study (FIG. 6) indicates a protective measure adopted by Z. mays leaves against oxidative damage. Increased SOD activity in response to stress condition induced by PEG has been reported in C. cajan [29]. On the other hand, lower SOD activity as a result of salt stress was reported in O. sativa plants [30]. In order to find out the involvement of ASC –GSH cycle under oxidative stress caused by PEG, APX and GR activities were measured in stressed leaf tissue. Enhanced activities of both the enzymes were found with increasing concentration of PEG (FIG. 8). This observation suggests the role of enzymes of ASC-GSH cycle in detoxification of O2 • − in addition to SOD. Increased activities of all the enzyme of ASC-GSH cycles has been reported in O. sativa seedlings under drought stress [31,32]. It is suggested that in order to overcome the oxidative stress, level of antioxidant ascorbate increased along with antioxidative enzymes. SOD, catalase and Gu-POX in light grown leaf segments stressed with PEG. Further, increased activities of APX and GR indicate operation of ascorbate - glutathione cycle at high rates under the conditions of water deficit. 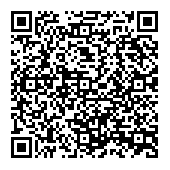