Antidepressants are drugs used for the treatment of major depressive disorder and other conditions, including dysthymia, anxiety disorders, obsessive compulsive disorder, eating disorders, chronic pain, neuropathic pain and, in some cases, dysmenorrhea, migraine, attention-deficit hyperactivity disorder (ADHD), addiction, dependence, and sleep disorders. They may be prescribed alone or in combination with other medications. The most important classes of antidepressants are the selective serotonin reuptake inhibitors (SSRIs), serotonin-norepinephrine reuptake inhibitors (SNRIs), tricyclic antidepressants (TCAs), monoamine oxidase inhibitors (MAOIs), reversible monoamine oxidase A inhibitors (rMAO-A inhibitors), tetracyclic antidepressants (TeCAs), and noradrenergic and specific serotonergic antidepressant (NaSSAs). St John's wort is also used in the treatment of depression. The history of benzodiazepines (BDZ’s) dates back to 1955 when chlordiazepoxide (Librium) [1] was accidentally discovered by Australian scientist Dr. Leo Sternbach and was made available in the market by Hoffman-La Roche which also marketed diazepin [2]. Diazepines and benzodiazepines are the important seven membered heterocyclic ring systems widely commended for their physiological activities. These BDZ’s are categorized as either short-, intermediate- or long-acting drugs. The Short-acting compounds act for less than a few hours and have a few residual effects. Intermediate acting compounds have an effect for 6-10 hour and have mild residual effects.

Long-acting compounds have strong sedative effects which persist. Short- and intermediate- acting benzodiazepines are preferred for the treatment of insomnia whereas the longer-acting benzodiazepines are recommended for the treatment of anxiety [1]. Due to wide range of pharmacological activities, industrial and synthetic applications of benzodiazepines and its derivatives, their synthesis has received good attention of synthetic organic chemists; as a result, several methods for their preparation have been reported in the literature. These include condensation of o-phenylenediamines with unsaturated carbonyl compounds [3]. These reactions have been carried out in the presence of different kind of homogeneous and heterogeneous Lewis acid catalysts which are either supported or unsupported [4-8].

All commercial solvents, chemicals and reagents were purchased from either Merck or Sigma-Aldrich with the highest purity and used without further purification. H1NMR spectra were recorded on sophisticated multinuclear FT NMR Spectrometer model Avance-II (Bruker), DMSO-d6 as internal standards. The instrument is equipped with a cryomagnet of field strength 9.4 T. Its 1H frequency is 400 MHz. Chromatography is an important technique to identify the formulation of new compounds and also to determine the purity of the compound. The RF value is characteristic for each of the compound. Melting points were obtained by open glass capillary using Kjeldahl flask containing liquid paraffin and are uncorrected. FTIR can be routinely used to identify the functional groups and identification/quality control of raw material/finished products. Thermo Nicolet IR 200 offers fast throughput and rapid access to reliable and dependable IR results. High signal to noise ratio makes FTIR more useful for difficult samples. It has resolution of 1 cm-1 and scan range of 4000 cm-1 to 250 cm-1. IR spectra were recorded on spectrophotometer using KBr disc method. The elemental analysis for C, H and N was performed by a Costech model 4010 and the percentage values agreed with the proposed structures within ± 0.4% of the theoretical values.

The determination of locomotion by using a modification of a photo-beam system (Actophotometer) has been proposed as a relatively simple test [9].

Counts for motility (interruption of photo cell beams inside the cage) and for curiosity (interruption of photo cell beams outside the cage due to nose-poking) are recorded individually. The mean values of the treated groups are expressed number of locomotion’s as compared to that made in presence of control and standard drug. All procedures of the present study was in accordance with the standard operating procedures of the Prado Pvt. Ltd. guidelines provided by the Committee for the Purpose of Control and Supervision of Experiments on Animals (CPCSEA) as published in The Gazette of India, December 15, 1998. Prior approval of the Institutional Animal Ethics Committee (IAEC) was obtained before initiation of the study (IAEC-13-004).

The mixture of 0.01 mole α, β-Unsaturated ketones and 2 gms of an Oxalic acid were heated in a RBF for 2 hrs. Then upon cooling to room temperature. The 1,5-Benzodiazepines were extracted with petroleum ether to offer title compounds. The compounds were checked for purity using TLC and Chloroform: Methanol (3:1) as a mobile phase:

The synthesized compounds were tested for sedative activity using spontaneous locomotor activity measurement using actophotometer model. The number of locomotions counted and compared with Benzodiazepine derivative Diazepam. Compounds A2, A4 and A5 shows significant sedative activity. Finally, the encouraging result of the sedative activity displayed by these compounds may be of interest for further structural modifications to the lead compound and next level studies in the hope of finding a new potent sedative prescription. From these studies, it is clear that further works needed to be done in the future for the development of clinically useful agents. 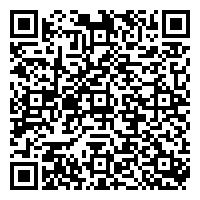