Simple Method for the Demonstration of Drug-Loaded Nano-Liposomes

21st century is witnessing an amazing scientific development that have its "fingerprints" on our everyday life in several fields especially technology and medical applications. This article presents an interesting lab activity, which aims to perform loading drug into nanostructures for specified drug delivery. Liposomes [1] are bubble-like structures made of phospholipids, [2] which are molecules that have polar head group and hydrophobic tails, these molecules have a unique mode of dissolving in water, they spontaneously organize to liposomal forms with hydrophilic interior part surrounded by a hydrophobic ring. The molecular shape of phospholipids and its amphipathic chemical structure reflected by a polar head and two long non-polar tails are responsible for its special mode of dissolving in aqueous environment. It creates a circular "bilayer sandwich" style arrangement, where the hydrophilic heads face two watery environments, the interior part of the liposome structures and the aqueous dispersion medium, while the hydrophobic tails are confined a middle region between the interior and exterior aqueous phase, creating a hydrophobic ring between the two layers of hydrophilic heads (Scheme 1a). By comparison, the structure of liposomes is similar to cell membrane. Cell membrane is a barrier that separates a cell from its surrounding environment; it is composed from phospholipid molecules in addition with other components like carbohydrates and proteins. Making the basic structure of cell membrane, the phospholipids are arranged in a double layer called the "lipid bilayer" where the two strings of the hydrophobic tails are kept away from aqueous environment. Being cylindrical, cell membrane structure is a mirror image of liposome structures, as illustrated in Scheme 1b.

Scheme 1a: Cross-sectional of liposome structure. In medical field, liposome structures have an interesting application as nano-carriers to deliver drugs. The unique structural feature of liposomes to entrap both hydrophilic and hydrophobic compounds, its structural similarity to cell membrane and its biocompatibility, make it as one of the most important candidates and investigated as a "vehicle" for drug delivery [3].

In this article, we present a lab activity that based on using phosphatidylcholine as a natural phospholipid which is easily extracted from a variety of readily available sources such as egg yolk or soybeans as a major component for "designing" a drug nano-carrier based on liposome structures. Phosphatidylcholine 4 is a typical membrane phospholipid, it contains a charged head consisting of negatively charged phosphate and positively charged choline attached through glycerol to two hydrophobic fatty acid tails. Shaking vigorously a mixture of phosphatidylcholine and water, resulting in forming liposomal microscopic spheres, as seen in Scheme 2.

The detection of micro-scale liposomes is based on using a system of optical microscope connected to a camera; this process was followed by exploring the possibility of simply penetrating drug solution into the hydrophilic interior part of the liposomes [4]. Aqueous drug solutions were dyed by hydrophilic food color in order to detect it inside the liposome structures. In the second step of this activity, the drug-loaded liposomes were converted from micro-scale to nanometer-scale using a simple apparatus called Mini-Extruder. Basically, the solutions of liposome structures were passed through nanometer-scale membranes and converted to nano-liposome structures [5] as a consequence, the solutions were gradually turned from turbid to more transparency as a function of the number of passes through Mini-extruder membrane. Tyndall effect [6] was used in order to distinguish between micro-scale and nano-scale solutions, using a laser beam to pass through the different solutions and detect the difference in light scattering [7].

All laboratory safety rules including wearing of safety goggles and gloves must be strictly followed at all times in the laboratory, isopropyl alcohol is hazardous in case of eye and skin contact, flammable in presence of open flames and heats.

1 g of phosphatidylcholine and 25 ml of iso-propanol were added to 50 ml round bottom flask equipped with magnetic stir bar. The solution was stirred for 1-2 min in order to dissolve all the phosphatidylcholine. The solvent was removed by evaporation under vacuum at 50°C to yield transparent lipid film on the surface of the flask. A 100 ml of double-distilled water was added into the flask and stirred vigorously for 1 h using a magnetic stir bar and stirring plate.

1 g of phosphatidylcholine and 25 ml of iso-propanol were added to 50 ml round bottom flask equipped with magnetic stir bar. The solution was stirred for 1-2 min in order to dissolve all the phosphatidylcholine. The solvent was removed by evaporation under vacuum at 50°C to yield transparent lipid film on the surface of the flask. A 100 ml of aqueous solution of Amaranth (10 mg Amaranth in 100 ml water) was added into the flask and stirred vigorously for 1 h using a magnetic stir bar and stirring plate.

1 g of phosphatidylcholine and a solution of 1.00 mg hydrophobic red dye were added to a round bottom flask containing 25 ml of iso-propanol, the solution was equipped with magnetic stir bar and stirred for few (1-2) min. The solvent was removed by evaporation under vacuum at 50°C to yield red lipid film on the surface of the flask. A 100 ml of double-distilled water was added into the flask and stirred vigorously for 1 h using a magnetic stir bar and stirring plate.

One tablet of Acamol or Optalgin was taken and grinded to a powder form. An aqueous solution of 0.05 M was prepared from the powder and dyed using 10 mg Amaranth. The solution of drug was used as the dispersion aqueous medium during the preparation of liposome structures. Namely, 1 g of phosphatidylcholine and 25 ml of iso-propanol were added to 50 ml round bottom flask equipped with magnetic stir bar and stirred for 1-2 min in order to dissolve all the phosphatidylcholine. The solvent was removed by evaporation under vacuum at 50°C to yield transparent lipid film on the surface of the flask. A 100 ml of aqueous solution of Acamol or Optalgin was added into the flask and stirred for 1 h.

Each solution was viewed by an optical microscope connected with a camera. The solutions of drug loaded liposome structures were sized by multiple extrusions through a stacked membrane of pore size of 400 nm and 100 nm using a medium pressure extruder [5]. The Mini-Extruder is a simple and cheap apparatus which contain membranes with nanometer pore sized. Moving from micro-scale to nanometer-scale liposome structures was conducted by passing the solutions through the extruder membrane by a simple way. Figure 1 presents an image of it.

The use of food colors with different chemical nature was stunning method to reveal the different parts of the liposome structures Figure 3. The hydrophilic parts of the solution were detected by using hydrophilic dye during the preparation. liposomes with a colored interior part surrounding by uncolored ring, which are swimming inside a dyed water phase were obtained. Prima facie, uncolored liposomes were detected when using hydrophobic dye; it dissolves by keeping away from the interior part of the liposomes and the water phase resulting in obtaining dark colored circles that exhibit the hydrophobic part of the liposomes with uncolored water solution. Figures 4a and 4b, depict the optical images of liposomes prepared with Acamol and Optalgin solutions respectively (Figure 4c). As can be seen clearly, the dyed solutions of either Acamol or Optalgin were penetrated into the hydrophilic interior part of the liposomes, in addition to the aqueous dispersion phase. Using the computer software, we could compare between the interior part of drug loaded liposomes and unloaded ones. As can be seen in Figure 5, there is a significant difference, which is directly resulted from dyeing the drug solution before penetrating into the liposomes.

One of the major contributions of the "nano" revolution in medical fields is the development of nano-scale systems that can carry the drug molecules in our body. Unlike the conventional carrying systems that are not nano-scale ones, like tablets and pills, nano-scale systems can penetrate into a specific area in the body like cancer tumor. In our experiment, we used the liposomes as micro-scale drug carrier and transfer it to nano-meter scale by the use of the simple apparatus called Mini-Extruder [5].

The liposome size distribution is considered as a function of the number of passes through the extruder membrane. A minimum of 11 passes through the extruder membrane is recommended for most lipids. Two different membranes were used; the first one with pore size of 400 nm and the second one is with 100 nm. While passing the micro-scale liposome solutions through nano-sized membranes, we could observe the gradual transparency of the solutions. Figure 6 presents the optical microscope images of micro-scale liposome structure before and after passing through 400 nm pore sized membranes. While, optical microscopy is insufficient for detecting smaller sizes, Tyndall effect was used as simple way for the comparison between microscale liposomes and 100 nm liposome structures. Passing a beam of laser light through the solutions, dark shining points were detected with the microscale liposomes, while, thin shining line was detected by 100 nm sized liposome structures, as can be seen in Figure 7.

Drug delivery is considered one of the most investigated subjects owing to its importance in medical advancements. The experiment described here, provides cheap, simple and interesting way for drug-loaded nano-liposomes, which could be easily separated from the dispersion medium by dialysis analysis and could be used as a model for examining the penetration of different hydrophilic and hydrophobic drugs. It is very important to note that this procedure could be applied for education purposes, which mean it could be used as a unique lab activity for students that aim to introduce them new concepts in nanotechnology and its application in medical field.

The authors would like to thank the Academic Arab of Education, Haifa, Israel for its support and financial assistance. 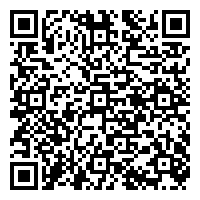