After the discovery of piezoelectricity in 1880, the science of piezoelectricity has advanced considerably from being a science to now a technology. The development of barium titanate family of piezoceramics and later the lead zirconate family lead to further strengthening of the technology. All of the advances contributed to establishing an entirely new method of piezoelectric device development, namely tailoring a material for specific application. For technical use however, the most significant material used is the ceramic PZT. These PZT’s are marked by high piezoelectric efficiencies. The displacement produced by these materials is of the order of 10 micrometer.

However, lead germanate due to its reported small electromechanical coefficient has not much been explored as a piezoelectric material. In our humble approach, we have tried to open a window into this process by studying piezoelectric effect in pure and Nd+3+K+ doped lead germanate.

At room temperature Pb5Ge3O11 belongs to the R3¯ Laue group, crystals of which have a more complicated elastic behavior than those belonging to the higher symmetry R3¯m Laue group. There are seven independent elastic moduli: C11, C33, C44, C12, C13, C14 and C25. The point symmetry changes to 6¯=3/m (C3h) at phase transition, decreasing the number of independent elastic constants from seven to five: C11, C33, C44, C12 and C13 [9].

High Piezoelectricity ceramic composites were fabricated by Ogawa et al. [11] by utilizing small amounts of PGO glass. In addition, it was found that crystallinity of the PZT powder determines the piezoelectricity of the composite.

Pure Lead Geminate (LG) single crystal was prepared by Czochralski’s technique. Single crystals of Nd+3+K+ doped lead germanate (DDLG) were prepared from high purity PbO (Johnson Matthey, 99.99%) and GeO2 (Koch-light Laboratory, 99.999%) by the method of controlled cooling of the melt. Having taken the starting materials in 5:3 molar ratio and adding Nd2O3 (Indian Rare Earths, 99.99%) and K2CO3 (Aldrich Chemical 99.99%) in 0. 2 mol% each the samples were prepared. The powders were thoroughly mixed and tablets were prepared (10 mm diameter, 5 mm thickness) on a hydraulic press by applying a pressure of 5 tons per square inch. After the tablets were calcined at 550°C for 12 h at 770°C they were crushed to fine powder and the melting point was determined at 765°C. The melt was maintained at thermal equilibrium of 8 h at 770°C, it was cooled at the rate of 1 C/h to 760°C. Thereafter the melt was cooled at a rate of 2°C/h, 5°C/h and 10°C/h successively cooling down the melt to room temperature. Single crystals of dimension 5 mm × 4 mm × 3 mm were found embedded in the solid. Pure lead germanate was grown by Czochlarski’s technique for comparative analysis.

Specimens of pure and doped crystals were prepared by polishing, cleaning and electroding process. Crystal-cutting unit (South Bay Technology, USA) was used for cutting of the crystals. An air drying conducting silver paste was used as electrode. A specially designed spring loaded sample holder along with chromel-alumel thermocouple was used for mounting of the samples.

The Piezoelectric effect in ferroelectric lead germanate single crystals was studied using Keithley Programmable Electrometer Model 6512 (Figure 1A). A specially designed crystal holder was fabricated for the study of piezoelectric effect. This spring loaded crystal holder contained a special arrangement to keep known weights. The spring loading facility was such that a free flow of the spring could be achieved. Weights could be kept on disc A of the crystal holder. Due to the easy flow of the spring the stress imparted by the weights directly got transferred to the crystal kept below.

Piezoelectric studies for both LG and DDLG single crystals were done in four parts. In the first part, at room temperature, the load was varied from 0 g in steps of 10 g and the maximum charge was noted each time. The method was repeated for higher fixed temperatures of 50°C, 75°C and 88°C(Figure 1B - 1C). In the second part, anisotropy study of the crystals was done by measurement of charge in all the 3 directions. In the third part, charge was noted down after every half a minute to study the time dependence of charge. In the fourth part, the crystals were irradiated for about 10 minutes with a uniphase make He-Ne laser beam (Model 155 ASL) having a wavelength of 6328 Å(Figure 2A-2B). Again time dependence of the piezoelectric constant was studied. Figure 1B: Temperature and stress dependence of piezoelectric constant for LG. 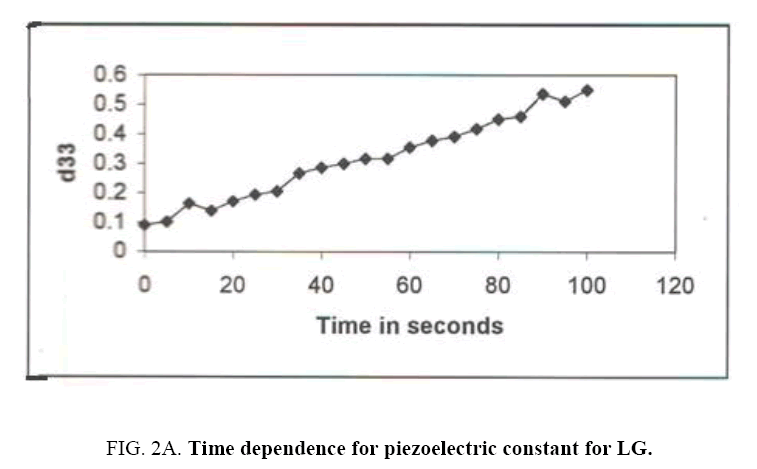 Figure 2A: Time dependence for piezoelectric constant for LG. Figure 2B: Time dependence for piezoelectric constant for DDLG.

Piezoelectric studies were done in four parts. In the first part temperature and stress dependence of both pure lead germanates and Nd+3+K+ doped lead germanate were performed. In the second part, time dependence of both pure and doped was done. In the third part anisotropy of pure and doped samples were done. In the fourth part, effect of light irradiation was done in pure LG and DDLG. It was concluded that the effect of double doping was that double doping increased room temperature piezoelectric constant. However, it was found that that piezoelectric constant decreases with stress. The time dependency for both LG and DDLG showed that, both pure and doped crystals show increasing tendency with time. Approximately, a faster buildup of charge with time was seen in doped crystals as compared to pure crystals. However, anisotropy results indicate that there is no effect of doping on the crystals and both in pure and doped crystals it was found that the piezoelectric constant was minimum along a-direction while it was maximum along c-direction(Figure 3A-3B). In the fourth part i.e. Effect of light irradiation in LG and DDLG crystals, no significant change, in piezoelectric coefficient was observed as a result of irradiation(Figure 4A-4B). Figure 3A: Anisotropy in LG. Figure 3B: Anisotropy in DDLG. 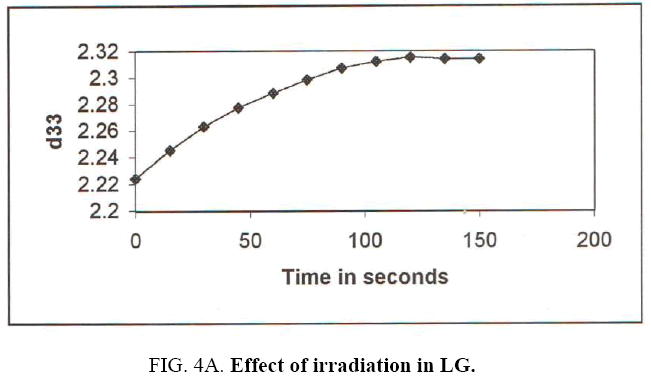 Figure 4A: Effect of irradiation in LG. 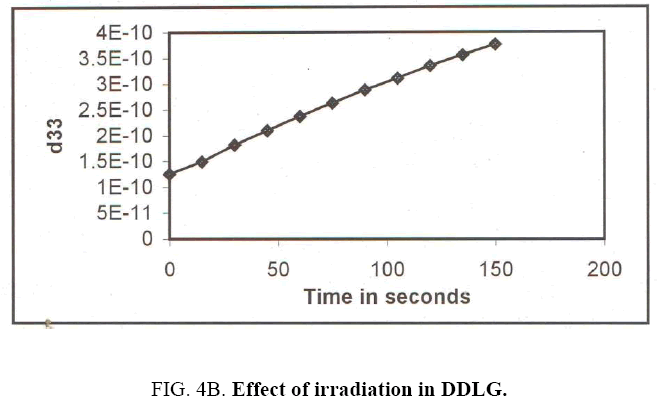 Figure 4B: Effect of irradiation in DDLG.

The range of Keithley Electrometer used to study the piezoelectric effect was from 10 fC to 20 nC in the Coulombs mode, with a lowest resolution of 10 fC and accuracy of +0.4%+4 counts. An irradiation effect less than this order is not detectable and hence with this criterion of least count, it can be safely concluded that irradiation has no effect on the piezoelectric constant of both LG and DDLG.

According to Sugihara [12], the bond strength, bond length, internal field configuration and nature of bonds are all subject to change due to doping. It is thus apparent that the bond strength, bond length and lattice parameters are always subject to change due to impurity substitution. This, in turn can largely influence the piezoelectric behavior. The extent of the influence depends upon the location of the impurity. We have doubly doped our composition with Nd+3 and K+. We know that the double dopants in Nd+3+K+ doped ferroelectric lead germanate single crystals have changed the lattice parameter in the crystal. According to Iwata, all Ge-O bonds are shorter as compared to all Pb-O bonds. Thus Ge-O bonds are stronger than the Pb-O bonds implying that the Pb-O bonds are comparatively easier to break.

It is well known that impurities and defects can exert strong influence on the ferroelectric behavior of crystals. From theoretical point of view, the strength of this influence is determined by whether the defects are centrosymmetric or have their dipole moment and whether the dipoles are frozen or can readily change their orientation [13,14].

A dopant can go to Pb+2 sites or to the Ge+4 sites, its distribution on the two sites being a function of the valence and ionic radius of the dopant and the host atom. The requirement of charge compensation results in the creation of vacancies at the oxygen or lead sites. Katpatal [15] has predicted that the rare earth ion Nd+3 enters one or more of the Pb+2 sites in lead germanate because of similar ionic radii of lead (1.75 Å) and Neodymium (1.82 Å). This substitution becomes more complicated since for the reason of electro neutrality, 2Nd+3 ions are equivalent to 3Pb+2 ions.

Therefore, there is a possibility of the formation of vacancies, presumably at Pb+2 positions. This introduces defect states in the lead germanate lattice. In order to compensate for the defect states generated because of non-isovalent substitution of Nd+3 at Pb+2 site, potassium (K+) has been introduced. It is presumed that K+ will occupy the vacancy created at Pb+2 sites. Thus the non-isovalent substitution of Nd+3+K+ for Pb+2 lead to local polarization due to positional disorder. The replacement of Pb+2 ions with Nd+3 and K+ ions changes the binding forces as well as homogeneity in the crystal lattice. Thus, addition of Nd+3+K+ leads to microscopic compositional fluctuations and localized disorders.

As stated earlier, the probability of Nd+3+K+ entering Pb+2 site is most. The double dopants may enter Pb (1) site. The dopants entering the Pb (1) site will affect the bond length between Pb-O and will result in the change in magnitude of displacement of Pb (1), degree of rotation of GeO4 and twisting and translation of Ge2O7 tetrahedral.

In our case, Nd+3 and K+ both have been substituted and have maximum probability of occupying Pb+2 sites. This is also accompanied by creation of defect states of Pb+2 ion vacancy and O-2 ion vacancy. There is every chance that some of these substitutions may be off-center as suggested by Trubitsyn [16]. There is a high possibility of non-uniform distribution of dopants as well as off-center distribution of Nd+3+K+ double dopants in DDLG. Presence of defect states in DDLG envisages space charge formation. This also generates non-uniform distribution of internal field and enhances the ease of domain motion. The increase in the piezoelectric constant as a result of doping can be attributed to the presence of off-center effects and space charge effects.

It was found that there was a decrease in piezoelectric constant with stress. This decrease was attributed to the movement of domain walls under stress. Also the effect of increasing temperature and effect of the role of the double dopants could be attributed to the change in domain dynamics. It was further found that doping effectively increases room temperature piezoelectric constant. 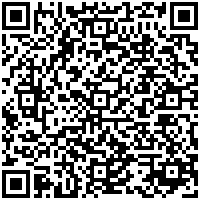