Physical-Technical Institute of the National Academy of Sciences of Belarus, Minsk, Belarus

The way of generation of the protective nanostructural coatings from the separated multicomponent plasma flows is suggested. The influence of the elemental composition on their structural-mechanical properties was studied. It’s found, the multicomponent coatings are characterized by the dense super fine-grained structure and possess the enhanced antifriction and anticorrosion properties in comparison with nitride titanium coatings.

The last decade’s cathodic arc coatings deposition technique has been widely used in vacuum-arc technologies allowing to get high-leveled their service properties due to the initial plasma flow energy [1]. Vacuum arc discharge can generate high-ionized plasma flows from the different electroconductive materials, including the refractory ones: tungsten, molybdenum, graphite. Owing to the high ionization of cathode materials plasma flows, one can control the direction of their motion, both ions density and energy by means of electric and magnetic fields and it opens wide opportunities of structure and properties modification of the deposited coatings.

The crystallite size decreasing under certain threshold value (approximately 100 nm) leads to the modification of the physical-mechanical properties of such materials. The heat capacity growth is typical for the nanomaterials, and consequently, the increasing of internal energy and system entropy. So, when the internal energy increasing and the deposited layer microhardness enhancement the ductility can go up due to entropic factor growth, while for materials with grain size more than 100 nm the microhardness enhancement leads to the brittleness increasing [2,3].

The length of the grain boundaries significantly increases owing to the crystallite size decreasing, and it slows down dislocation generation and blocks crack extension. So, nano-structural coatings have substantially longer failure lifetime, maximum enhancing tool life, especially under cyclic thermomechanical load. Lately, the scientific and technological basis of TiN-based multicomponent coatings generation, alloyed by Si, B, Al, Zr, Cr, Cu due to the possibility of enhancing service tools properties are actively developed [4-6].

The droplets presence in the plasma flows is the main factor limiting the vacuum arc technique application. The macroparticles have a bad influence on the uniformity of the deposited coatings and the operational coatings characteristics. So different separated systems are widely used to minimize the droplets content in order to generate high-quality condensates.

So this work is directed to the multicomponent coatings (Ti,Zr)N, TiN/Cu and (Ti,Al)N generation with enhanced physical mechanical properties using separated plasma flows by means of vacuum-arc deposition technique.

The high-purity titanium, zirconium and aluminum cathodes were for multicomponent coatings deposition under the following conditions: titanium arc current-40 A to 60 A, aluminum arc current — 50 A to 70 A, zirconium arc current — 40 A to 60 A, substrate bias — 70 V, partial pressure — 3 × 10-2 Pa. The thickness of the deposited coatings was 2.5 μm ± 0.1 μm. The morphology and structure of the deposited coatings were studied by means of transparent electron microscope S-4800 Hitachi. X-ray diffraction and X-ray phase analysis were carried out in the angular measuring range between 30° and 120° in the filtered Cu-Kα radiation. Microhardness was measured by microindenter Duramin under 0.25 N load. The tribological investigations were carried out using «ball-on-disc» test in the open air without any lubricant (counterbody HB=200 ?P?). Electrochemical characteristics of substrate-coating system were evaluated by polarization curves in the 3% NaCl solution. The comparison electrode was chosen to be silver-chloride one.

All the alloying elements during TiN-based multicomponent coatings deposition are divided on elements forming compositions with unlimited solubility, the elements forming compositions limited solubility or the elements not interacted with each other. While alloying TiN by the elements of the first group (Zr, Mo, Cr, V, Ta, Nb, Hf) the nitrides with fcc lattice are generated, which possess high hardness and wear-resistance. The coatings composition can be changed in the high range due to their mutual solubility with TiN, therefore it possible to select the necessary properties. Al, Fe, Si, ? can be chosen among the nitride-forming elements of the second group. The limited solubility of these nitrides and the triple composition availability allows to assume the possible existence of the dispersion strengthening mechanism besides the solid solution strengthening mechanism. While alloying the components by the elements not forming the chemical compounds with titanium and nitrogen, namely copper, can put in action another mechanism (for example, grain boundary strengthening mechanism).

The problem about optimal components concentration ratio choice in the coatings and the conditions of their generation is opened and requires the conduction of the further investigations, because the necessity of serial reproduction of the nanocomposite coatings with given properties increases.

The structure and morphology investigations of the deposited coatings showed, the suggested technique allowed to generate multicomponent fine-grained coatings without macroparticles, having a negative influence on the physical-mechanical condensate properties (Figure. 1).

Figure 1:(a). Surface morphology (b) Fractograph of the TiN/Cu multicomponent coatings.

The addition of the alloying element in the coatings composition (for instance, 4.5 at. % aluminum or 2 at. % copper) leads to the structure transformation from columnar, characterized for the coatings deposited by vacuum-arc technique, to fine-grained structure.

It’s found, the elements distribution into depth in the multicomponent coatings (Ti,Zr)N, TiN/Cu and (Ti, Al)N was uniform (Figure. 2). So, the suggested separated system provides the necessary mixing level of the different plasma flows. The analysis of the structural-mechanical characteristics of the investigated separated coatings showed the alloying of TiN-based coatings leads to crystallite size decrease, lattice parameter changing and microhardness increase (Table 1). The evaluation of the crystallite size of the deposited coatings by means of Selyakov-Sherrer’s formula revealed, the coatings are attributed to nanostructural materials class.

Table 1: Structural characteristics and microhardness of the multicomponent coatings.

As a result of tribological investigations the dry friction factor of the multicomponent coatings (Ti,Zr)N, TiN/Cu and (Ti, Al)N was decreased in comparison with TiN coatings (Figure. 3). The wear mechanism of protective coatings is connected with adhesion and chemical processes, taking place in the contact area with treated material. The local destruction in the friction contact area is developed in the very non-equilibrium conditions and intensive plastic deformation of coating material, focal temperature rise and some other process can occur. The investigation results showed, the minimal friction factor (0.3) had been obtained for multicomponent TiN/Cu coatings. Apparently it’s attributed to the peculiarities of their structure formation, namely, copper segregation in the amorphous condition along the TiN grain boundaries. So a new deformation mechanism, connected with grain boundary slipping and replacing dislocation mechanism taking place for micro grain materials is appeared [6].

The difference in friction factor values of the (Ti,Zr)N and (Ti,Al)N coatings might be caused by the high probability of the oxide films formation on the (Ti,Al)N coatings while heating under dry friction conditions. According to the obtained results, multicomponent coatings deposition significantly improves the friction characteristics of the carbide materials.

It’s known the transition metals nitrides to have higher melting temperatures, than the pure metals, so they possess higher bond strength in the crystal lattice than pure metals. It’s necessary to use more energy in order to withdraw metal atom from the stable crystal lattice and it leads to less anodic process rate. Besides bond forces in the crystal lattice of coating material one need to consider the factors, having influence on the protective coating properties. It’s known, that the coatings corrosion resistance decreasing is caused by opened porosity due to columnar coatings structure and macroparticles of the plasma flow.

The synergetic effect of the fine-grained coatings structure due to the addition of alloying elements and uniform structure owing to macroparticles quantity decreasing in the plasma flow during the developed multicomponent coatings deposition technique should have a significant influence on the corrosion resistance of the generated layers (Figure. 4).

Figure 4: The polarization curves of different coatings in the 3% NaCl.

The maximum corrosion potential shift into positive values field in comparison with TiN was for the TiN/Cu coatings, while the minimal anodic current density was for the (Ti, Al) N coatings. One can suggest from the structure analysis of the deposited coatings and polarization measurements results, that low anodic current densities of the multicomponent coatings can be explained by their dense and uniform structure.

The method of the nanostructural coatings generation from the multicomponent separated plasma flows is technologically realized. The developed separated system was proved to be effective, and it allowed getting coatings with fine-grained structure, low friction factor and uniform element distribution into depth.

It is determined, that purposeful alloying improves operational coatings properties, and allows using them as protective layers with high wear and corrosion resistance. 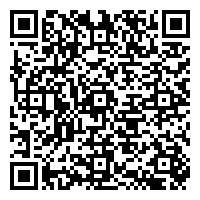