In recent years, fluid mechanics had made significant progress in many segments of engineering, science and technology sectors. In this paper, an attempt has been made to explain the possibility of supporting thermal transfer in many industrial and technological applications. Experimental situations related to relevant phenomena should be very specific. Engineering systems especially are generally complicated and experimentally confusing. It is characterized by the complex currents where the fluid stream currents often have a sudden change with reference to the geometry. This of course is not uncommon, but it needs to be studied in detail. In recent years, exploration of oil and the extraction of geothermal energy from the deepest part of the earth, evaluation of heat removal capacity from nuclear fuel debris, nuclear reactors, flow of liquids through ion-exchange beds, drug permeation through human skin and glands etc. are some of the wide-ranging applications. Further, due to extensive applications of physics, chemistry and chemical technology had shown considerable interest in theoretical and experimental investigations over the past few decades. In all experiments, where the transfer of liquid from one container to another is involved, the rate at which such transfer takes place and the thin film adhering to the surfaces of the container is to be taken in to account, for the purpose of chemical calculations. Failure to do so leads to experimental error. Therefore, such an analysis is required. Analyzing the skin friction that affects the boundary is responsible for the safety of chemical reactors which is a most important factor. Generally, in the chemical processing industries slurry adheres to the walls of the container and gets consolidated. As a result, the chemical compound within the reactor vessel percolates through the boundaries causing loss of production and then consuming more reaction time. The slurry thus formed inside the reactor vessel often acts as a porous boundary for the next cycle of chemical processing.

The porous medium can be considered as an ordered flow in a disordered geometry. A porous medium may be either an aggregate of large number of particles such as sand or a solid containing more capillaries such as a porous rock. When the fluid percolates through a porous material, because of complexity of microscopic flow in the pores, the actual part of an individual fluid particle cannot be analytically analyzed. However, the process can be defined in terms of equilibrium forces.

The resistance force is characterized by Darcy's semi-empirical law set up by Darcy [1]. The simplest model for flow through a porous medium in one dimensional model derived by Darcy [1]. Heat transfer in the porous media has become most prominent due to the exploitation of geothermal energy, nuclear waste disposal, fossil fuel identification, regenerator bed, etc. Using the method of similarity solution, Murthy and Singh [2] studied the effect of lateral mass and thermal penetration in porous media. Later, Cheng and Minkowycz [3] analyzed sustainable free convection of vertical plates on porous dynamics in the form of dissipative inequality (Clausius – Duhem), and generally accepted idea of the specific Helmholtz free power balance must be minimum in the equilibrium state. Subsequently, Dupit and Frochheimer presented empirical evidence,

MacDonald et al. [4] and others presented the balance between speed and pressure variations, breaks down for large enough flow speed (compilation of many experimental results). This was subsequently emphasized by Joseph et al [5] who stressed that Frochheimer’s actions were forced to work in the opposite direction to the velocity vector. In a multi-stream flow, it follows that the momentum equations are at least predictable for each speed component derived by Frochheimer's expanded Darcy equation. The effects of the existence of solid boundary and the presence of initial forces on mass transfer in Porous Media were submitted by Vafai and Tien [6]. Later, Knupp and Lage [7] analyzed the theoretical generalization to the tensor permeability case of emphatically obtained Frochheimer's extended Darcy’s unidirectional flow model. Thereafter, MacDonald et al. [8] presented the balance between speed and pressure contradictions: a large enough flow rate (compilation of many experimental results).

The local volume average method was used to establish the governing equations. The numerical solution of governing equations is used to examine the mass concentration field in a porous media which is close to an impermeable boundary. A transitional mass transfer experiment was conducted to demonstrate boundary and inertial effects on mass transfer, combined with numerical solution. This is possible by estimating the average mass flux through a porous medium. Non-Darcy natural convection over a vertical plate in porous medium has been the subject of interest. Also, the effect of lateral mass and thermal penetration in thermal conduction was studied.

Further, they had discussed the combined effect of heat exchanges and liquid injection on Darcy mixed transfer. Hassain et al [9] studied the effects of heat dissemination and side effects on mixed synthesis problems and established the trend of heat transfer rate from a vertical plate in porous medium and researched in drain and temperature sectors. Later, Kuznetsov [10] examined the effect of transverse thermal dispersion on forced convection in porous media and found favourable conditions for heat transfer with dispersion effects. Mohahammadien and El-Amin [11] studied the dispersion and radiation effects in fluid saturated porous medium and the effects of radiation on the heat transfer rate for both Darcy and non-Darcy Medium. Cheng and Lin [12] in their observation pointed out that the rate of unsteady heat transfer can be accelerated by thermal dispersion. Without taking MHD into consideration Chamka and Quadri [13] examined the heat and mass transfer properties in mixed convective conditions. Wang et al [14] applied in explicit analytical techniques namely homotopy analysis to solve the Non-Darcy natural convection over a horizontal plate with surface mass flux and thermal diffusion and obtained a totally analytic and uniformly valid solution.

Formulation of the problem

We consider the laminar mixed convection flow of a Newtonian fluid through a porous medium in a vertical permeable channel, the space between the plates h being the same. It is expected that the rate of injection at a wall is equal to the suction rate at the other wall. A rectangular coordinate system (x, y) x-axis is parallel to the gravitational acceleration vector , the y-axis is perpendicular to the x-axis. The left wall (i.e., y=0) is maintained at constant temperature T1 and the right wall (at y=h) is maintained at constant temperature T2. It is always maintained that T1>T2. The flow is assumed to be laminar, steady and is fully developed, i.e., the transverse velocity is zero. Then the equation of continuity drops down to

The basic equations of momentum and energy governing such a flow, subject to the Boussinesq approximation, are

Where p is the pressure, ρ is the density, μ is the dynamic viscosity of the fluid, g is the acceleration due to gravity, β coefficient of thermal expansion, α1 is the viscoelastic parameter, k0 is the permeability of the porous medium and V0 is the transpiration cross flow velocity. Further, here

The boundary conditions are given by,

is the viscoelastic parameter,

is the cross flow Reynolds number,

is the Reynolds number,

is the Prandtl number,

is the wall temperature parameter,

is the constant pressure gradient.

The corresponding dimensionless boundary conditions are given by,

Solution of the problem

Substituting equations (7) and (8) into equations (4) and (5) and boundary conditions (6) and then equating the like powers of, we obtain,

Under the assumption that

is negligible the above equation reduces to

Together with the set of boundary conditions:

Under the assumption that

is negligible the above equation reduces to,

Together with the set of boundary conditions, 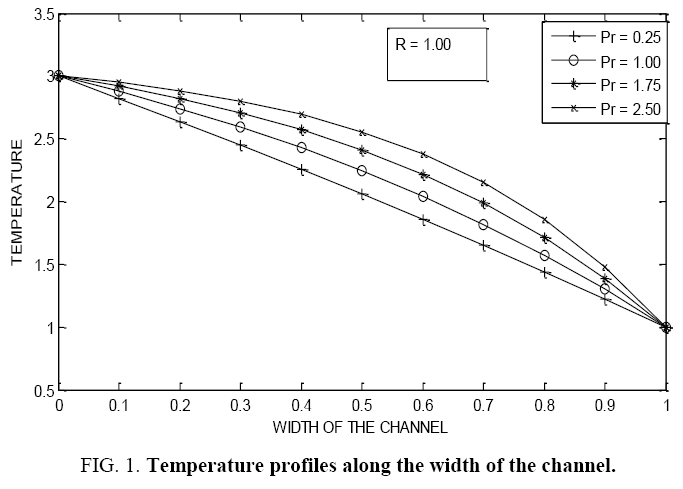 Figure 1: Temperature profiles along the width of the channel. 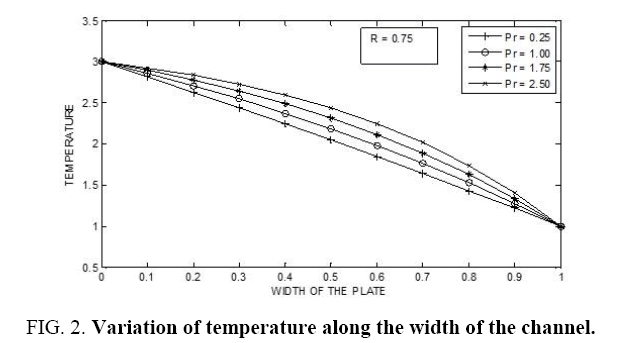 Figure 2: Variation of temperature along the width of the channel. Figure 3: Distribution of temperature profiles along the width of the channel. Figure 4: Variation of temperature profiles along the width of the channel. Figure 5: Temperature profiles along the width of the channel. Figure 6: Temperature profiles along the width of the channel. 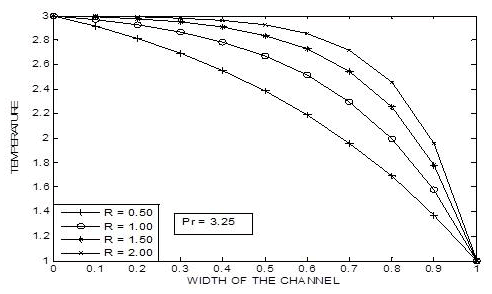 Figure 7: Temperature profiles along the width of the channel. Figure 8: Temperature profiles along the width of the channel. Figure 9: Temperature profiles along the width of the channel. 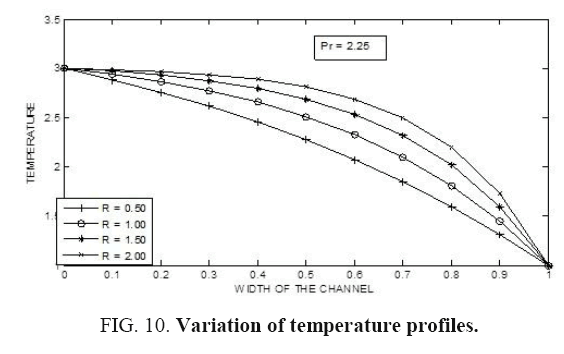 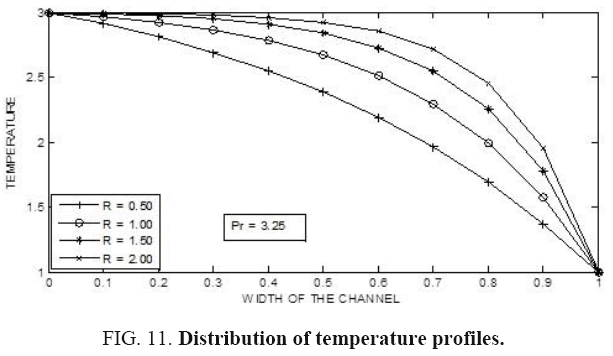 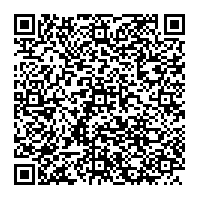