The isolation and identification of fungi for the purpose of reduce the pesticide effect and reduce the effect of plant disease which is induced by the high use of the chemical pesticide or fertiliser. This research was aim to isolate and identified the fungi which is useful to for Agriculture practices and improve the life of fertility. Pesticides born plant disease control fungi were isolated from different samples of soil and identification with characterization done by certain staining technique. The methodology of isolation and primary screening of fungi was done pure plate technique on PDA agar, which is a selective media. Several strains of Trichoderma have been developed as biocontrol agents of plants. Biocontrol microorganisms have also been used as the form of composts in some plants. Biological control as an effective strategy to manage plant diseases increases yield and protect environment and biological resources and suitable agricultural system.

Plant pathogen which is caused by fungus is becoming a major thread now a day because it is causing a serious loss to agriculture products. So, overcome these problems many and more scientist are working but still there is no biocontrol resource to settle down the issue.

Alternative methods need to search out to control plant disease which is cause by plant pathogen fungi as biological control or natural control resources. Here describes a different mode of actions of biocontrol active microorganisms to control fungal plant diseases, which include hyper parasitism, predation, cross protection antibiosis, nutrient and induced resistance. There are so many application of biocontrol available but no one will stand for upcoming challenges [1].

There are some common biocontrol products are applied against seed borne and soil borne fungal pathogens, including the causal agents of seed rot, damping, root rot disease. These products are mostly used as seed treatment and have been effective in protecting several major crops such as wheat, corn, rice sugar beet and cotton against fungal pathogens. Some cases biocontrol microorganism has also been used as spray application on foliar diseases. More than a few strains of Trichoderma have been developed as biocontrol agents against fungal diseases of plants. So here the research aim is to Isolation and

T. harzianum, T. viride and T. hamatum are the species from these many of biocontrol agents have been collected yet. The biocontrol agent generally grows in its natural habitat on the root surface, and so affects root disease but can also be effective against foliar diseases [3].

Sample collection: The soil sample was collected by different area and farms of India as to isolate fungi of biocontrol activity.

1. The sample is diluted serially by 10-1 by using sterile distilled water.

2. The diluted sample is taken in the micropipette and pour on PDA Agar (Potato Dextrose Agar plate).

4. Then, Observe the colonies of fungi on the PDA plate.

Identification natural resource as biocontrol agent: The fungal species were identified and characterized based on their morphological characters and microscopic analysis by using taxonomic guides and standard procedure [6] (Table 1).

Procedure: (Note: the procedure is to follow for the two days)

1. Aniline blue is dissolved in the distilled water, keep it overnight to reduce insoluble water on the 1st day.

2. Add the phenol crystal to the lactic acid in a glass beaker by wearing glows. Place on magnetic stirrer until the phenol is dissolved.

4. Filter the Aniline blue and distilled water solution in to phenol/glycerol/lactic acid solution mix and store at room temperature

2. Add one drop of lactophenol cotton blue on the slide

4. Put on the cover slip

5. And observe under the microscope

The culture filtrate of Trichoderma spp. was observed in this research to build the natural resource as biocontrol activity.

Isolation of Trichoderma spp. from the soil samples

Trichoderma spp. were isolated from sample of differ soils of farms. After dilution tech. Some diluted sample is taken on the PDA at 28°C for 2 days, developed and became dark green at the center.

The species T. harzianum shown dark green colonies at the center with the arrangement of pyramid shape, conidia’s spherical.

The species T. longibranchiatum shown light green or deep green with the arrangement of conidiophores oval.

The species T. atroviridae shown dark green with the arrangement of colonies spherical with conidiophores irregular.

The biocontrol active agents are very important to find out to build the natural resources for controlling plant pathogen. This study is accomplished by the isolation and identification of the Trichoderma. It is not only fungal pathogens but also produce antibiotics. Meanwhile, many of the fungus have better effects on plant growth as like as yield of the agricultural product, yield of soil nutrient, increase the nitrogen fixing capacity of the plant, increases the nutrient uptake capacity of the plant as well as soil, increase the fertilizer utilization efficiency, increase the rate of seed germination and systemic resistance to plant diseases [5-7].

The current research was involving in the ident cation and isolation of fungus from the respective areas which is important for the biocontrol agent from the as to control plant pathogen. As of now, we have gown through the role of the micro-organism that plays and important role to control waste management by neutralizing the pollutants that of contaminated waste.

So, the primarily in this research the soil sample from different area were collected and followed by serial dilution. Then, pour on to the nutrient Agar plate and PDA broth. Moreover, the same sample proceed further on to the PDA Agar. Then after 2 to 3 days the isolated colonies of fungus were isolated then pour in to the PDA broth then incubated for culture filtrate.

Agriculture is important phenomenon in India now a day so its urgent need to control the plant pathogen and to improve the quality of the product. Tis can be happen only by building the natural resource as find out the natural resource. because of chemicals, the agricultural quality already reduces with reducing the agricultural product. Plant pathogen have to manage by biocontrol agents by combing the one or two agents. Because the biocontrol agent is important and beneficial.

There are so many researcher is working on the biocontrol agents of the fungus disease. So here the isolation of the species Trichoderma is to build the natural resource to control soil born plant pathogen. 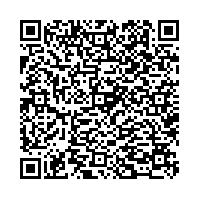