Many anti-allergic agents available have shown various side effects [6]. For centuries mankind has been using the medicinal plants for ailment of various diseases. Therefore, the usage of herbal medicine and isolated active moieties can provide an alternative way for treatment of allergies. Previous studies have reported that alkaloid compound isolated from numerous plant species such as N-methylbuxifoliadine-E, N-methylatalaphylline, citrusinine-I [8], ganocalicine A [9], curine [10], dichotomines [11], and warifteine [12] possessed anti-allergic activities. However, there is no anti-allergic study ever conducted on alkaloids from Kopsia species.

Kopsia genus which is a member of Apocynaceae family is a well-known source of indole alkaloid. There are about 18 species of Kopsia which occur in Malaysia including K. arborea which is widely distributed around southeastern Asia especially in Peninsular Malaysia and Sarawak [13-15]. In Malaysia, many Kopsia species are used in traditional medicine for the treatment of ulcerated noses in tertiary syphilis, skin infections and wounds [16]. Various extracts and active compounds isolated from Kopsia species also have been reported to exhibit numerous biological activities such as antimicrobial, anti-cancer, anti-inflammation, antipyretic and antitussive [17-19]. In the current study, one of Kopsia species which is K. arborea (synonym Kopsia scortechinii King and Gamble) have been investigated and the inhibitory effects of K. arborea crude alkaloid on histamine and beta-hexosaminidase release in RBL-2H3 cells were evaluated.

K. arborea were collected from the forest of Kelantan, Malaysia. The samples were identified by the botanist at Universiti Kebangsaan Malaysia and the specimens were deposited at UKM Herbarium with voucher number UKMB40000.

The dried sample of K. arborea was extracted by simple maceration method. The grounded sample of plant was soaked with absolute methanol at room temperature for 72 hours, three times to yield the methanol extract. The crude alkaloids were obtained by acid-base extraction method. Briefly, the methanol extract was acidified by 5% aqueous H2SO4 (100 mL). Acidified extract was basified with 10% Na2CO3, followed by partitioned with CHCl3. The alkaloid layer was then collected by using separating funnel. Na2SO4 was added to remove water content. The alkaloid layer was concentrated by using rotary evaporator. Percentage yield of each part of plant sample are listed in Table 1.

Table 1: Extraction yields of each part of plant samples

RBL-2H3 cells is a widely used in allergy studies because of their mucosal mast cell characteristic such as abundant of IgE receptor on membrane and able to release mediators after IgE-sensitization [20]. Although, Passante and Frankish report that RBL-2H3 cells is no more suitable to represent mast cells in allergy studies but as our study act as a preliminary study on identifying the potential of crude alkaloids of K. arborea on histamine and beta-hexosaminidase release inhibition [21]. Thus, RBL-2H3 cells is still considered relevant to be chosen as a model for mast cell IgE-mediated degranulation in this study.

RBL-2H3 cells which were provided by American Type of Cell Culture (ATCC), were cultured in Minimum Essential Medium Eagle (MEM) containing 10% of fetal bovine serum and 1% of antibiotic (penicillin/streptomycin) in a culture flask. The cells were maintained at 37°C with 5% of CO2. The cytotoxic effect of samples on RBL-2H3 cells was determined by using standard MTT assay method. The percentage of viability was calculated and only cell viability percentage more than 90% was used for further assay to ensure maximum mast cell degranulation can be achieved [22].

RBL-2H3 cells (2 × 105 cells/ml) were cultured in 24-well plate. Monoclonal mouse anti-DNP IgE (0.45 μg/ml) was added and incubated for 24 hrs. On completion of incubation period, monoclonal mouse anti-DNP IgE-treated cells were washed twice with Siraganian buffer (NaCl 119 mM, KCl 5 mM, MgCl2 0.4 mM, PIPES 25 mM, NaOH 40 mM with pH 7.2) followed by addition of 160 μL of Siraganian buffer incubated for 10 min at 37°C. After incubation, the IgE-sensitized cells were treated with IC10 value of samples for 10 min followed by addition of 20 μL of dinitrophenyl-labeled bovine serum albumin (DNP-BSA) (10 μg/ml) and further incubated for 20 min. 50 μl of supernatant was withdraw from each well and added in 96-well plate. Histamine concentration was quantified by ELISA technique (ELab Science, China). ELISA was performed in triplicate by following the manufacturer’s instructions. The percentage inhibition of histamine release was calculated as follows: [10,23].

Inhibitory effects on release of beta-hexosaminidase from RBL-2H3 cell line were evaluated by following method of Tewtrakul and Subhadirasakul with minor modification by using 0.1 M Glycine buffer, pH 10.0 as stop solution [23,24]. Meanwhile, the percentage inhibition of beta-hexosaminidase release were calculated as follows:

Inhibitory effects on activity of beta-hexosaminidase from RBL-2H3 cell line were also evaluated by using the method of Tewtrakul and Subhadirasakul with minor modification which 0.1 M Glycine buffer, pH 10.0 was used as stop solution [23,24]. The percentage inhibition of beta-hexosaminidase activity were calculated as follows:

The results were expressed as a mean ± S.E.M of three determinations. The IC10 values were calculated using the Microsoft Excel program. Statistical significance was tested by using One-way ANOVA, followed by the Dunnett’s test.

Effects of the crude alkaloid on beta-hexosaminidase release and activity

Table 2: Inhibitory effects of K. arborea crude alkaloids on the release of histamine and β-hexosaminidase in RBL-2H3 cells.

Effects of the crude alkaloid on histamine release

Histamine is one of important mediators that involves in degranulation process that play role in the early phase reaction of type I hypersensitivity [4,7,27]. Three crude alkaloids extract from different parts of K. arborea were also screened for their inhibitory effect on histamine release in RBL-2H3 cells by using ELISA. The results are shown in Table 2 and it was observed that the entire crude alkaloids sample exhibited the histamine release from IgE-sensitized RBL-2H3 cells. Among all the tested sample, crude alkaloids extract derived from leaves (IC10=2.58 μg/ml) had shown the maximum inhibition of histamine release significantly (50.62 ± 3.8%). Moreover the inhibitory effect of sample derived from leaves of K. arborea was higher than positive control (45.22 ± 10.0%).

These finding suggest that crude alkaloid of K. arborea (leaves) possessed high potential as an alternative anti-histamine agent. However, further exploration of this plant is needed to determine the bioactive compound responsible for activity. The further mechanism behind inhibition of histamine release by all sample of crude alkaloid extract still need to be investigated. The isolation and purification of potent crude alkaloid extract are being carried out to determine the inhibitory effects of isolated compounds on histamine and beta-hexosaminidase release in RBL-2H3 cell lines.

As conclusion, the results described that among all the tested crude alkaloid extract, K. arborea (leaves) shows the strongest inhibition of mast cell degranulation. This findings indicated that crude alkaloid extract from this plant have potential bioactive compounds which able to inhibit mast cell degranulation via inhibition of histamine and beta-hexosaminidase release and provides an insight for discovery of new alternative anti-histamine agent for allergy treatment.

This research was funded by ERGS/1/2012/STG08/UKM/02/8. Our acknowledgement also goes to Centre for Research and Instrumentation, UKM for sponsorship. 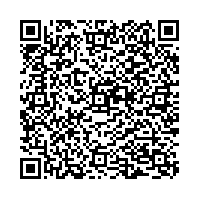